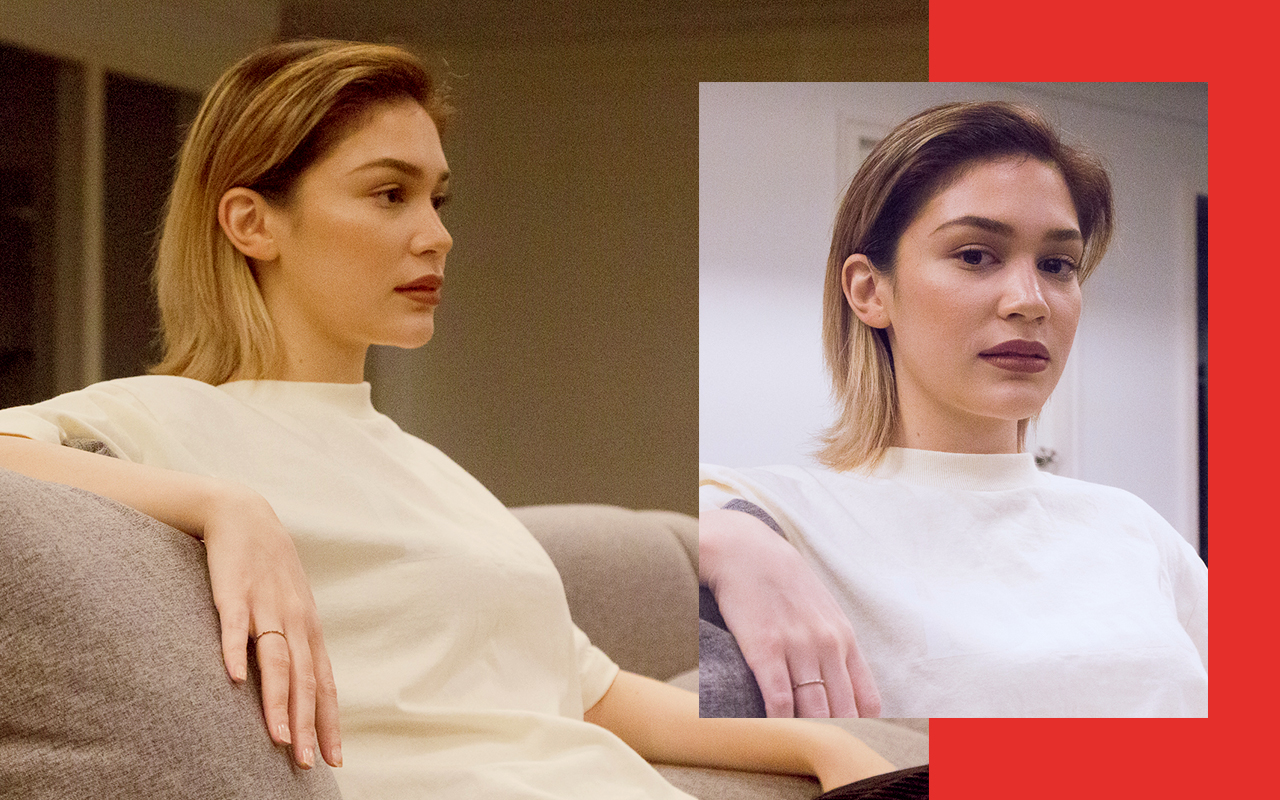 By Karl Angelica Ocampo
Photos by Anna Cerezo and Scout

When I met Jess Connelly in an isolated office somewhere in Magallanes, she was the same person I exactly imagined from her Instagram feed. Her hair brushed up, her face contoured but not heavily made up, with just the right shade of rose gold painted on her lips. She was wearing a shirt thrice the normal size for her built, the word “dime” written on it. It was partnered with baggy pants, high-cut pink Converse sneakers, and a Gucci clutch bag with a strap.

It may look distasteful for some, but with her face and confidence, the whole ensemble weirdly just… fits.

The confidence that exudes from Jess though isn’t like what Nicki Minaj or Demi Lovato surmises. Despite the street wear and the swag, her presence is not intimidating. Beyond her social media façade, she’s all-smiles, and quite bubbly, in real life.

“I really don’t feel comfortable wearing what is the norm, you know what I mean? I know people are probably thinking that I’m weird ‘cause I like wearing big, baggy pants and big t-shirts and sneakers all the time. That’s what I’m comfortable in and that’s okay. I’m fine with that,” she says. 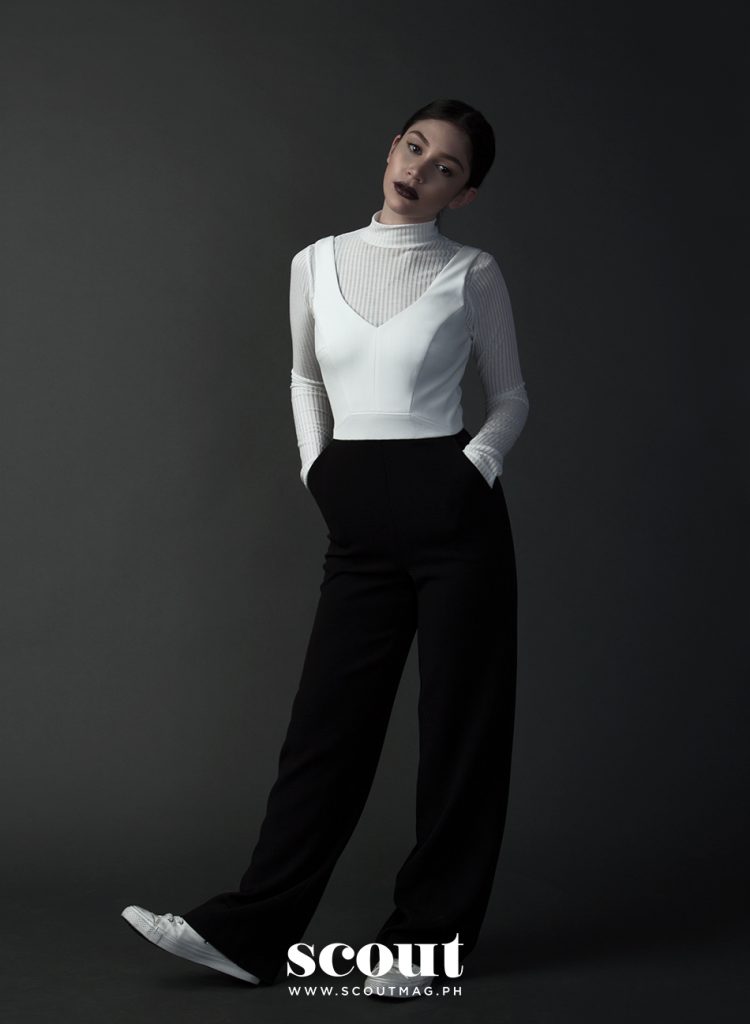 It’s fitting, because Jess likes creating moods through her music. Imagine a late-night drive at 2 a.m. with your friends, windows rolled down and you are all just smoking. Imagine hanging out by the beach in La Union, the waves kissing the sand over and over and over again. Or imagine drinking at someone’s beach house, with more chilling and less rowdy dancing. It’s with these kinds of vibes that the singer connects her songs.

Her lyrics are nothing deep, and are usually set in a conversational tone. But it’s Connelly’s sexy and melodic lower register, her Fil-Aussie accent, together with on point productions that put her listeners into a daze.

She usually writes her songs at home or on the spot while working with producers. She considers herself her worst enemy, and going through her lyrics over and over again will only make her hate the whole thing. Like any perfectionist, she tends to overanalyze her music.

Luckily for fans, Connelly likes to randomly go back to her tracks that she ended up not liking during the first cut, and maybe, she’ll be releasing some of them. The singer is in the process of creating her next EP to be released some time early next year, but this time with more tracks.

From Wollongong to Manila

More than anything, singing has always been Jess’s goal. There was no Plan B. It was neither just a dream nor a hobby. Growing up, she was not self-assured and strong-willed. When she was still in high school in Australia, she listened to Britney Spears (until before the pop star shaved her head), Aaliyah, Boyz II Men, 2pac, The Notorious B.I.G, and Nas. She considers Sade as an inspiration. While everyone was listening to Fall Out Boy and using eyeliner, she was vibing with soul, hip-hop and R&B classics. She remembers being a loser—that when she left school to be a singer, people in her school were surprised that she actually sings.

Looking back, she owes this mentality from her parents, who exposed her to music at a young age and never, not even once, told her that she couldn’t. Coming from Wollongong, she and her mother would go to Sydney every weekend, an hour drive from where she lives, so she can take singing lessons and know what it’s like to record songs in a music studio. Her mother thinks that the local singing school isn’t good enough for her, even though she thinks that as a child, her voice was horrible.

“I think that’s really honestly what it is. I remember my half-brother asked me, probably when I was six, ‘what do you want to be when you grow up?’ I said I want to be a singer. And he said, ‘what if you don’t become a singer, what are you going to be?.’ And I was confused. ‘What do you mean I’m not going to be a singer?’”

Her popularity didn’t happen overnight; in fact, it was years in the making. If you search her name on YouTube, random clips from the reality TV show Pinoy Big Brother would show a younger her, sporting long, black hair, singing parts of songs like Tamia’s “Officialy Missing You” and Brandon Hines’s “Look Me In My Face.” She was told that it was the only way to make it: become an artista first before you’ll get the chance to record an album.

But throughout the whole show, snippets of Connelly singing were never aired on television. Instead, after getting evicted in the house, she went on to act small parts in shows like Angelito: Batang Ama (2011) and Paraiso (2012). It didn’t last before Connelly decided to make her mark in the music scene on her own. 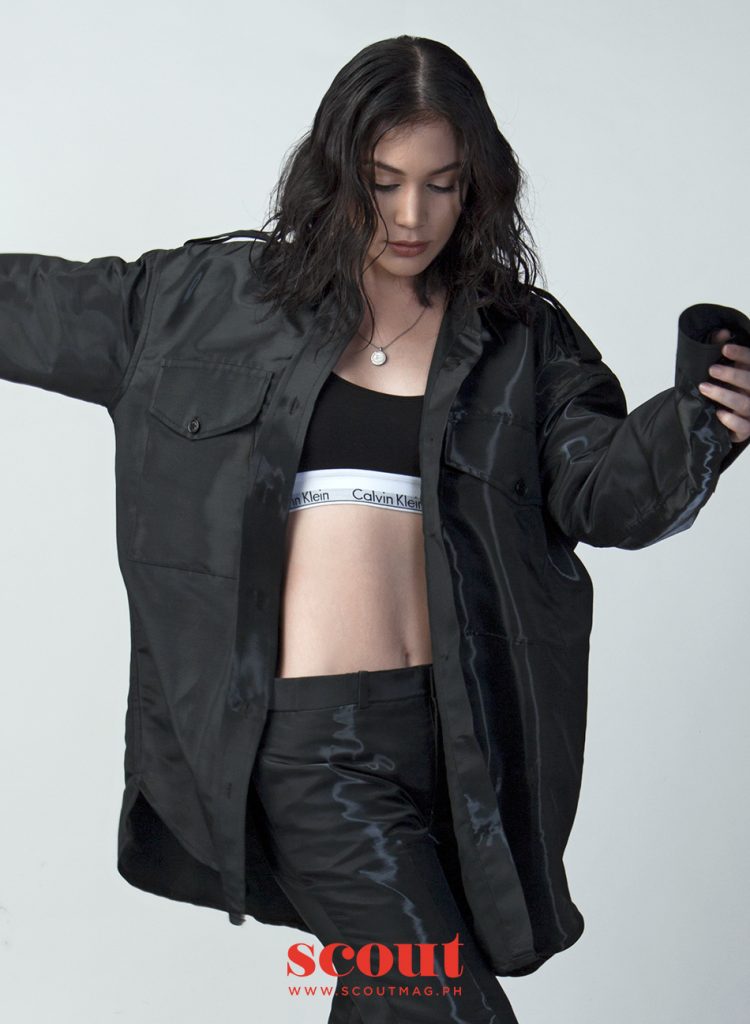 Making people know that she’s a singer and not just another half-breed mestiza trying to make it in showbiz was probably the most frustrating for the 24-year-old.

“I never wanted to be a leading lady. I was very young also when I did that. It’s just not appealing to me. ‘Cause I wouldn’t be happy. For what? For people to tell me that I’m pretty? I’m okay. I’d rather people tell me that they love my music,” she quips.

Jess started as the front woman for the band Sinyma. Three days into joining the band, she did her first gig ever in Route 196 in Katipunan, Quezon City. It was a bad performance. She forgot the lyrics of the song and was too shy to entertain the expectant crowd. She recalled staring at herself in the adjacent mirror from where she stood, doing nothing.

But from there, she has come a long way. After deciding to go solo, Connelly has collaborated with different local producers whom she also considers as friends: Lustbass, CRWN, and eyedress among them. Last year, Jess released How I Love, a four-track EP in collaboration with CRWN. When I told her that the project was bitin, she said that was what they’re aiming for: to give the fans enough material not to forget she’s in the game, and to leave them wanting more.

The Connelly-CRWN duo started in a Bacolod festival where both of the artists were set to perform, and through mutual friends, the two came up with “Under Blankets.” The song gained her a relatively strong following, catering to Filipinos who are into low-key, EDM-ish soul music, who often search their music in Soundcloud and YouTube channels like Majestic Casual, Eton Messy, and Regal Bass.

Her music has deftly obscured the line that distinguishes local to international music, which, in her opinion, does not need to exist.

“The masses would benefit so much from being exposed to real music and real artistry—and I’m not throwing shade here. [There are many local artists] creating their own content, making their own music, all of that stuff. I see that everyday with my friends and that’s what I’m fighting for.” 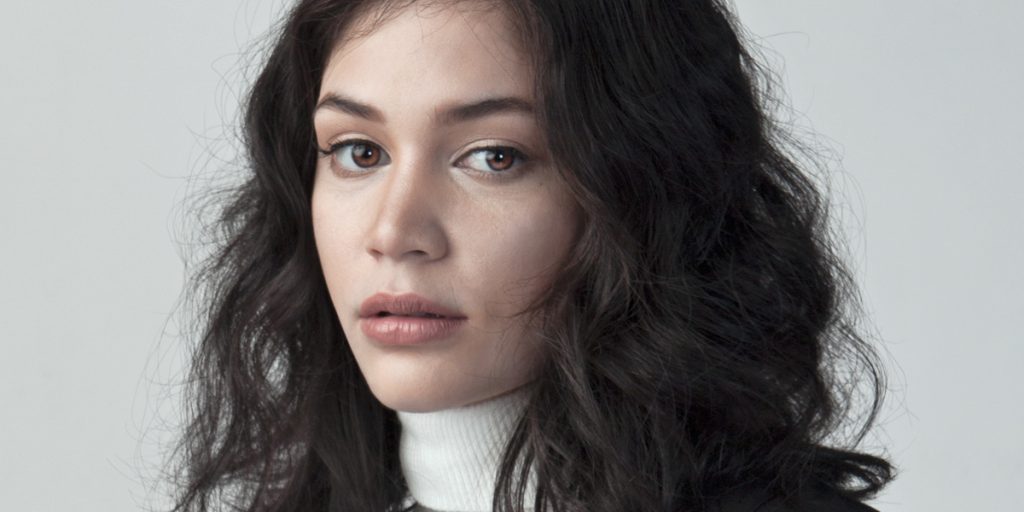 Being her own songwriter, manager, promoter, and publicist, her strong opinions that she often air through Twitter, become avenues for non-supporters to hate her. But Jess knows herself more than anyone: a self-discovery that she owes mainly to the Philippines. Her brand—the looks, the slurs, the music, and the vibe—has finally come full circle. After the one-way ticket from Australia, the PBB stint, the bad gigs, and everything in between, Jess Connelly has found her way home.

“Screenshot this shit,” she tweets at one point. “If you refuse to want to understand and dislike me for petty reasons without knowing me, then stay off my page.”