You’ve already seen it on our social media accounts. We’re beginning our year with the incomparable Nadine Lustre, the best muse we can find for a New Year issue that celebrates the best of our generation. 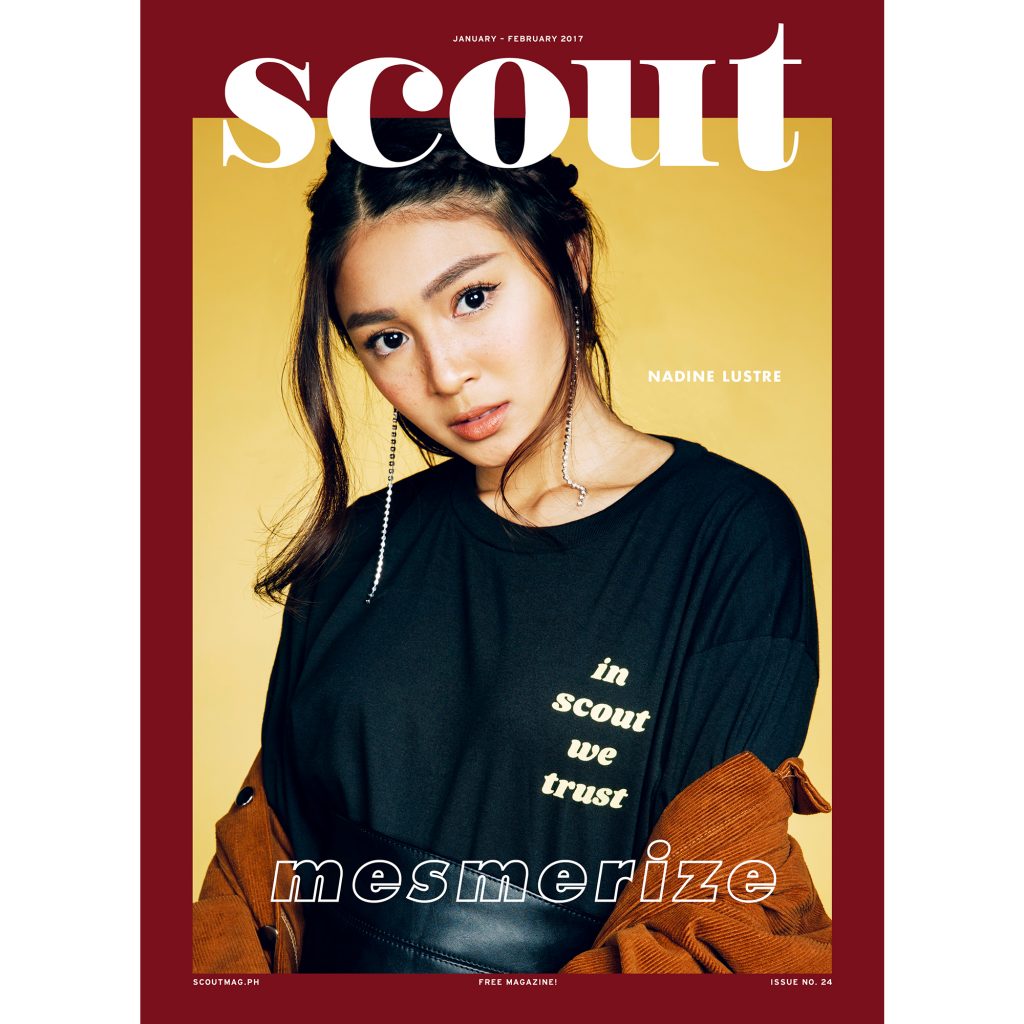 In the cover story, Nadine Lustre shares that she’s been angling to break out her own creativity and personal artistic voice to everything she does, be it TV, movies, or her music. And she says she’s gonna start doing that soon. “I’ve been through it all, I’ve done girl groups, love teams. There’s really a progression, and it’s like that, eventually you’ll have to establish yourself as your own person,” she says.

Also featured in the #ScoutArtXDesign issue are local R&B phenomenon No Rome, six of the best young radio DJs in the city, the skaters of Tondo, Pilipinas Street Plan, and many more.

You can get the January-February 2017 issue of Scout at your favorite National Book Store and/or Powerbooks branch, and also in select schools and universities in Manila starting Tuesday, January 24. For a full list of spots to pick it up from, check out this list here. Watch out for the digital copy of the magazine on this site, too, because it’s gonna have an exclusive cover!

SHARELately, my music library has almost nothing new. It’s not that I’m picky...

SHAREFrom video to tabletop, Filipino-designed games are entering a whole new league. As...

Life is good. The weather is getting a bit more chilly every day,...