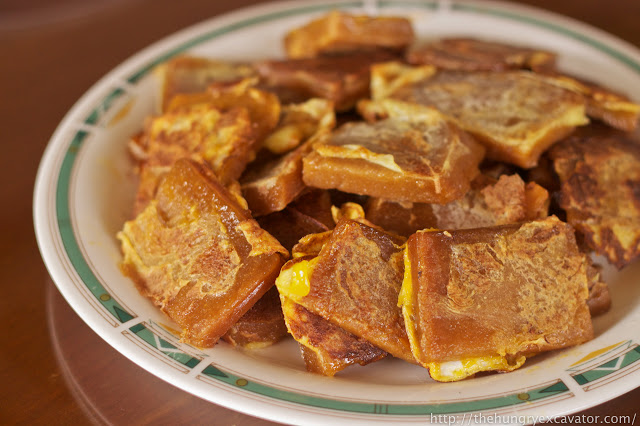 It’s weird because while my family’s preparing for the holiday the way we would for the start of a new year—making dinner arrangements with the clan, preparing the customary 12 round fruits, setting aside our best red tops—everyone else is actually getting in the mood, too, by putting up Chinese-themed decorations on malls, restaurants, and public places in between.

Anyone who’s ever worked with me in an office setting knows that I don’t give Christmas presents. Instead, I give out boxes of tikoy to individual coworkers. It’s not something I premeditated when I started working. I always just thought it was the more practical choice over thinking about what to buy people for Christmas and spending way more than I thought I would. Truthfully, if I had it my way, I wouldn’t be getting anyone anything, full stop. But ~~office politics~~ is a thing, so, fine.

So now, my question becomes a matter of whether I enabled a degree of racism, or stereotyping at the very least, towards myself by the simple act of continuing a tradition I grew up observing.

The first time I gave tikoy out to coworkers, it was my rookie year in radio. At the time, I only came in during the weekends, so I didn’t have to deal with the folks in the office a whole lot. I did know, however, that I had to establish a good rapport with them if I wanted to ever work alongside them as a weekday jock. So I made it a point to give everybody a small box of tikoy each whenever Chinese New Year was around the corner.

By the time I did weekday shows, however, I began to notice how weird it would get during Chinese New Year season. Being around the people in the office meant being exposed to their hirits more. That included overt requests—that went beyond the realm of parinig—for tikoy because they’d already come to expect it from me around this time of the year.

I found myself asking why certain co-workers had begun treating me that way. Had they become so used to the regular tikoy gifts that they’d begun to associate it as something attached to the season? Did they become comfortable with me to the point that they felt like they could brazenly ask for the gift now, instead of just waiting for it? More importantly, what gave them the right to feel entitled to ask for it when they could just buy the damn thing on their own, if they really wanted a box?

I’ll never know the answers to these questions because 1) I’ve since transitioned out of the company, and 2) it’ll be awkward to ask them why they behave that way. So now, my question becomes a matter of whether I enabled a degree of racism, or stereotyping at the very least, towards myself by the simple act of continuing a tradition I grew up observing. Never mind that I didn’t even follow it out of a sense of piety or tradition—I did it because I was too lazy to get everyone Christmas gifts… and because a small box of the stuff is really cheap.

There really shouldn’t be anything hindering you from practicing your culture, as long as you get why you’re doing it, reactions and expectations from other people be damned.

That said, it does still annoy me when people ask me for tikoy just because Chinese New Year is this weekend. I mean, sure, I’m Chinoy and I’m proud of what I am and where I come from. But I won’t go out of my way to look for an Arab friend to ask for biryani just because an Arab or Muslim celebration is coming up.

So is it worth it to continue this tradition? I would still like to think it is. The subtext of the custom is to say, “I’d like our relationship to remain tight.” At the end of the day, it should be. There really shouldn’t be anything hindering you from practicing your culture, as long as you get why you’re doing it, reactions and expectations from other people be damned. The only thing that really just gets in the way, personally, is when people go out of their way to take advantage of your traditions just because they’re getting something out of it.

Photos from Kelly Siew Cooks and The Hungry Excavator

SHAREThe world is getting smaller through the internet. In fact, having friends or...

SHARELike most people knee-deep in fandoms, I’ve read my fair share of fics...