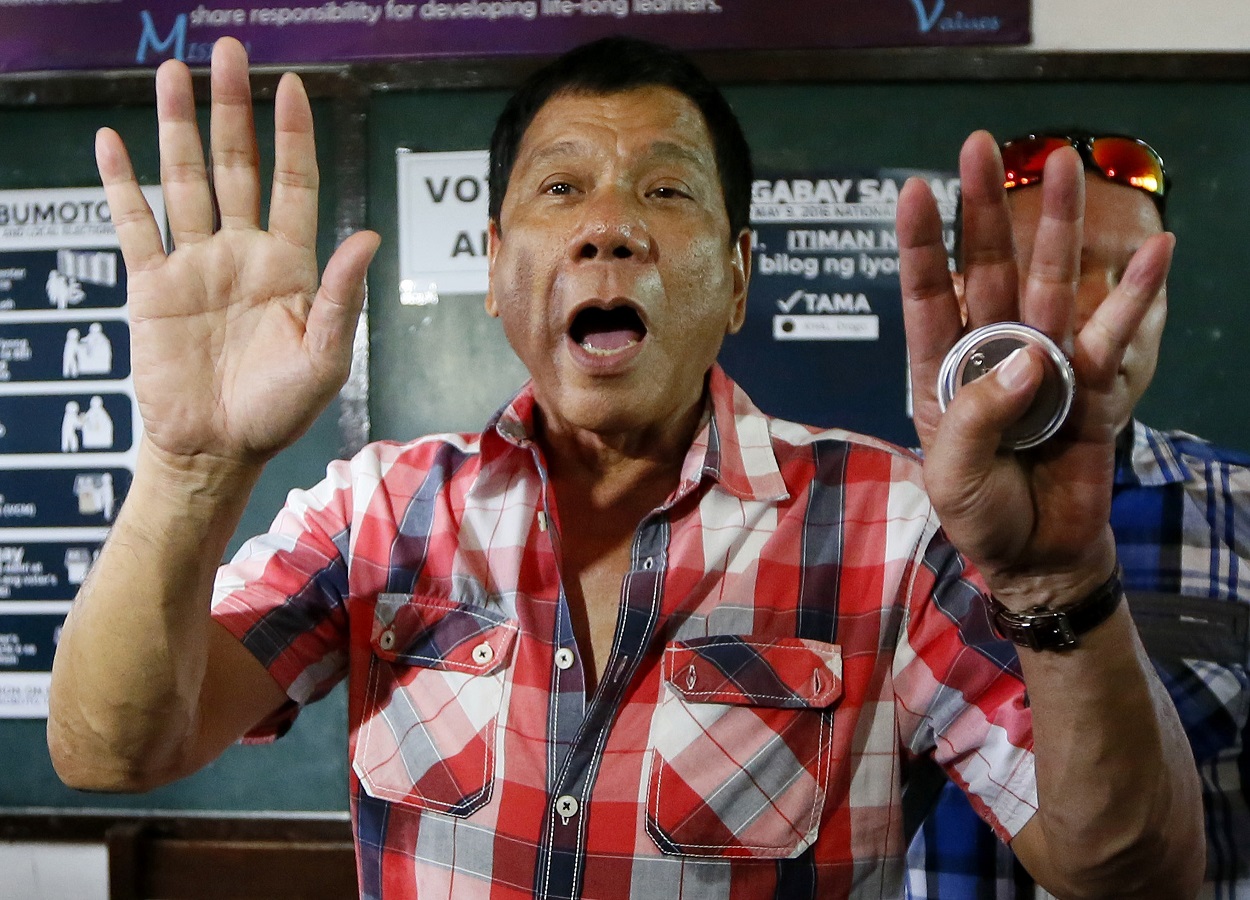 Front-running presidential candidate Mayor Rodrigo Duterte gestures at photographers to move back prior to voting in a polling precinct at Daniel R. Aguinaldo National High School at Matina district, his hometown in Davao city in southern Philippines Monday, May 9, 2016. Duterte was the last to vote among five presidential hopefuls. (AP Photo/Bullit Marquez)
SHARE

“The proclamation of president and vice president is thus a moment of great significance in this democratic space,” as one column says in Philippine Daily Inquirer. But known as a man of rugged character, Rodrigo Duterte chose not to attend the proclamation of his presidency last Monday, May 30, 2016.

President Duterte is popular for hating fancy things. He’s a man who’s not afraid of the elites and drug lords. He’s a man who chews gum and leans back (who chills) during interviews. He’s The Punisher. He’s a man who says putang ina mo! And he lives in Davao. (Just think of how many times you declined to hang out in Makati because you live in Katipunan.)

Is his attendance necessary? Are 16 million votes not enough to seal his victory? Aren’t we a nation of open endings? Yes, it’s constitutional. It’s traditional. It’s a proof of democracy. But are we still surprised with his decision?

President Duterte is an axe man. Not because he likes to say “patay talaga sa akin,” but because he breaks and splits conventions no other Philippine president dared to shatter. His no-show during the proclamation is proof that what we knew of him is not only a lousy PR or marketing strategy for him to win. He is what he is and we should take that seriously. He already said he wouldn’t attend. What would his words mean if he showed up? Another BS president.

Now that the day’s gone and it’s official, we could only imagine him saying, “Thank you!” with middle finger salute up in the air.

SHAREKarpos Live continues fire with another shocking announcement. They’re back again with the concept:...