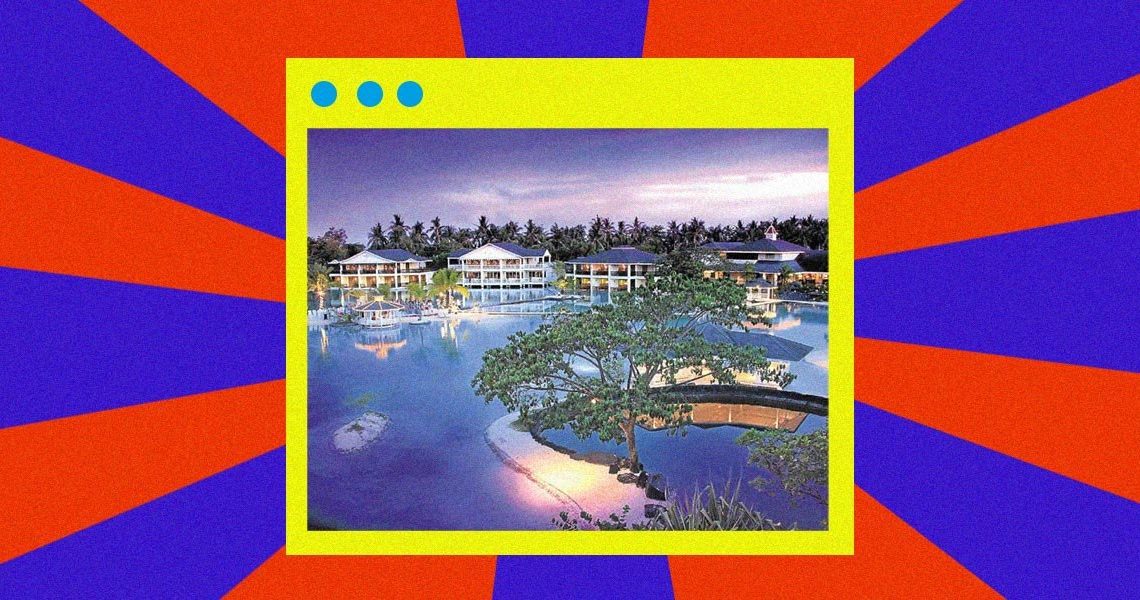 We’re all familiar with the term “inclusive,” and we at Scout embrace it. Not only is it important to recognize that everyone is different and valid, but it’s also basic decency to be sensitive towards others with special needs or conditions.

And we can’t believe, even near the end of 2020, that some people choose to ignore this.

Today, a high-end resort in Cebu was called out two days after a guest left a review on travel website TripAdvisor. In her one-star review of Plantation Bay Resort and Spa, the guest Mai Pages recounted how she and her son Fin, who’s diagnosed with autism, were forced by lifeguards to leave the pool area.

“The plan to swim the whole morning came to a halt. I asked Fin if we could go back to the room because we weren’t allowed to squeal and be merry the special way. It’s a discriminating experience,” she wrote.

Pages also noted that this treatment isn’t new for a parent of a child with special needs, and it kind of gets worse from there. A resident shareholder of the resort, Manny Gonzales, replied to Pages through the resort’s general manager.

Crucial parts of Gonzales’ reply are now deleted, and other parts that were left on the reply are just as questionable:

The resort’s management later issued an apology. We don’t know about y’all, but something about the lines “in almost 25 years we have never had a child die here” and “a mother’s pride” doesn’t quite sit right.

READ: Plantation Bay Resort & Spa in Cebu issued an apology following a public backlash over what guest Mai Pages described as a “discriminating experience” that she and her son Fin, who has Autism, had encountered in the resort.

A lot of Filipinos take pride in how hospitable we are with guests in our homes, but how come incidents like this still happen? Are we truly hospitable and inclusive when there are instances of blatant ableism like this?

The resort’s policy on noise-making may be rooted from studies that show how virus transmission is reduced when talking quietly (or just talking less in general).

But the way this concern was phrased in Gonzales’ reply implied that Fin, a child with special needs, was so noisy that he disturbed the peace and quiet that the resort claims to have a record of.

The Autism Society of the Philippines recognized that while apology is a “significant first step,” the resort “has a long way to go” and asked those managing resorts to be more sensitive to people with special needs.

“Plantation Bay Resort & Spa stands firm on their belief that there is NO ROOM for reasonable accommodation for the needs of individuals with developmental disabilities — even equating it with parental ‘pride.’ All this, as the nation commemorates National Human Rights Consciousness Week,” it said in a Facebook post.

Record-holding resort or not, this doesn’t change the fact that ableism was blatant in this situation. The shareholder dismissed Fin’s autism as something he can understand with a simple Google search but then again, there seems to be a pattern here as a food poisoning incident last year was also dealt with this way.

Never mind the audacity to distribute flyers in Comic Sans, the fact that it was handled in the same manner is just saddening.

These kinds of apologies fail their purpose, and instead shift the blame and even trek gaslighting territory in some instances.

Some people managing the resort’s communication channels might want to use Google themselves and type in “how to apologize” because shifting the blame, refusing to own up to your mistakes and avoiding compromise is just everything an apology isn’t.

We previously wrote about apologies, specifically non-apology apologies. It’s important to recognize the following when we both receive or make one: keywords are, but not limited to “I’m sorry if,” “I’m sorry but,” and from the review reply we’re talking about, “while we’re sorry.” These kinds of apologies fail their purpose, and instead shift the blame and even trek gaslighting territory in some instances.

Apologies don’t need to be grand either because all you need are three things: the “I’m sorry,” your sincere understanding of why you hurt the other person and an assurance that it won’t happen again.

Read more:
A sincere apology doesn’t start with “I’m sorry if”
How I got my PWD ID, and how you can get yours too
I took an adventure with a cancer-stricken kid in ‘Dani Girl’