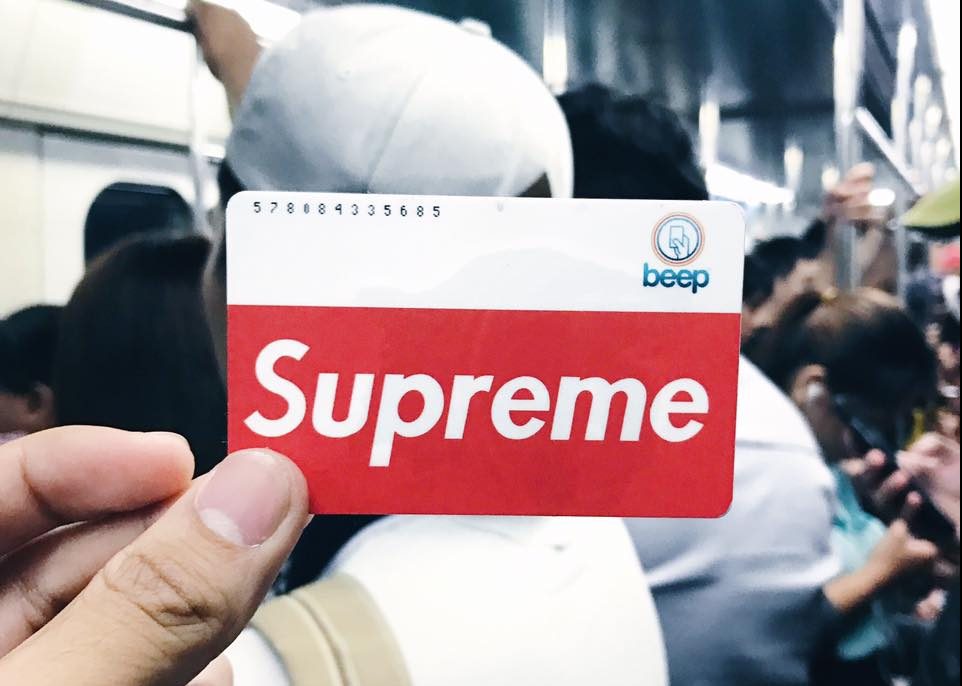 Only a day after the limited edition Supreme Metrocards dropped in New York City, Beep cards with the Supreme logo are now being put for sale in Facebook buy and sell groups.

But of course it’s not a legitimate drop, but it is a working stored value card. A guy named John made these bootleg Beep cards initially just for kicks. “Actually, it was just for fun. I wasn’t expecting it to boom like this.” A few hours after posting the cards for sale on Facebook streetwear , John has received 70 private messages, and counting.

Whatever worldwide cult streetwear brand Supreme touches turns into gold, and the resell market for Supreme pieces are still at a premium. There’s even a market for selling decent knockoffs that give you the exact same thing aside from the legitimacy. It’s unlikely that we’ll ever get a Supreme x Beep piece, so this collab might be the closest that we can get. We wish we had thought of this first, TBH.

John is selling each card for a 100 pesos a pop. Not bad for whatever purpose you might have to buy this: if it’s also just for kicks or for keeping up with the hype.  The beep cards come with a purse value of 12 and a custom, fake, bogo on top, and John plans to sell until everyone’s been satisfied. Send him a message at 09774391514.

SHAREYou’ve seen them with dragons, now they’re pairing up with a new supernatural...