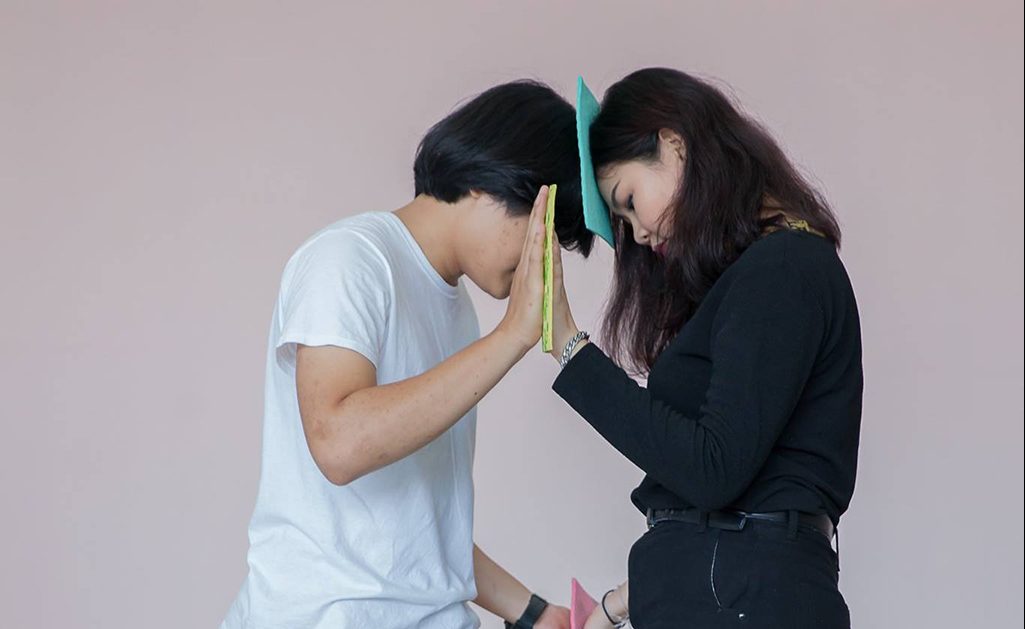 There’s a theory going on that says that ever since the world made a conscious decision to shoot Harambe, all the events that have unfolded after is part of the darkest timeline. When was the last time we felt good? Not happy, not jolly, but gooooood — so good that we can sleep at night without the fear of escaping our woes while we sleep.

Since when did we become so jaded?

Whether we were aware of it or not, this week’s haul of #ScoutFaves shows that there are some things that we’re still happy for in this earth, and to think about it every #ScoutFaves list proves that we still care about things. Why else would we share them? Maybe it’s time to look straight into the void which is the incoming future with heart emoji eyes. Yup, that’ll do the trick.

GQ’s Chance the Rapper February 2017 cover — It finally arrived, and I can’t believe it took over a month for local bookstores to have it stocked. But once I saw the cover and read the cover story online, I knew I had to have a copy right away. Look at that thing! Without all the text that makes it GQ, it could kind of pass for a Scout cover. (Maybe one day.)

Jidenna, The Chief –– I first heard this Nigerian-American rapper on an episode of Luke Cage singing his banger “Long Live The Chief,” and when I found out he was yet to release a full album, I knew I had to wait. Now that it’s here, some of it is surprising (that song was my first exposure to him, before I even heard “Classic Man”) in that he just wants to be Nigerian Drake, but a few more listens helped it grow on me. Just don’t expect everything to go as hard as “Long Live The Chief.”

Hawak Bitaw by LaLuna – Last year, our former intern Reason told us he wanted to start a band. And now, here he comes sending us the first single of his band. LaLuna’s sound is so chill, I could listen to this for weeks. Looking forward to more songs from this band! (Nope, the band name isn’t after my surname.)

I’m Drunk, I Love You – THIS MOVIE. I can’t really say anything else but, yeah I like it. Mabuhay ka, Carson. Congratulations and happy graduation. *cheers* 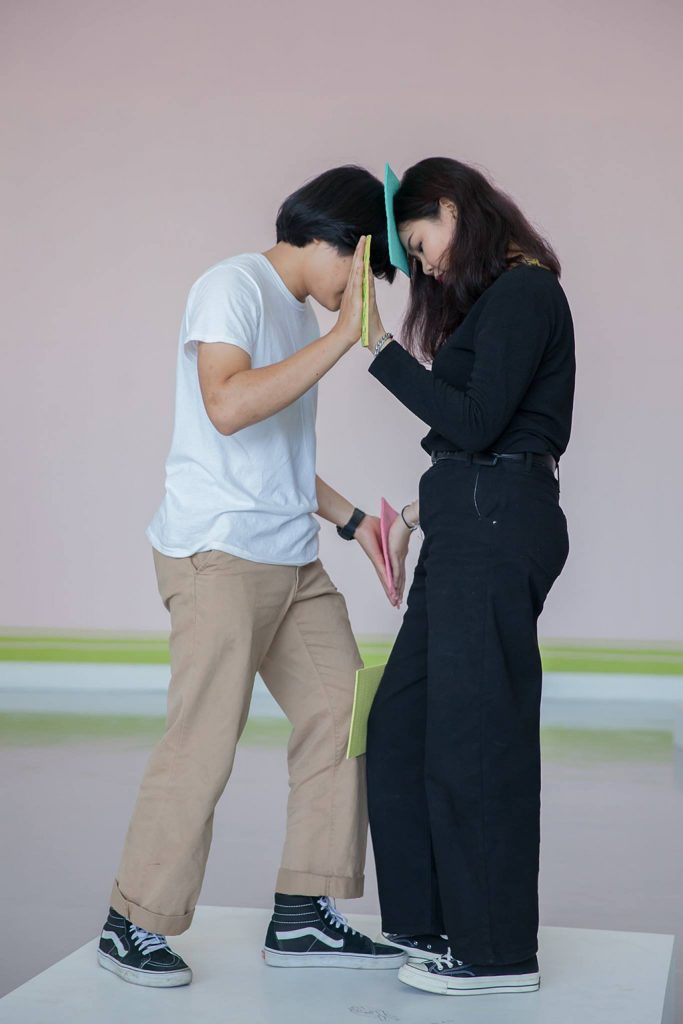 Erwin Wurm’s “The Philosophy of Instructions” exhibit at the Bangkok Art and Culture Center – During my trip to Thailand, I got to visit the Bangkok Art and Culture Center. One of the highlights from my visit there was Erwin Wurm’s exhibit. Entitled “The Philosophy of Instructions”, his pieces will make you really think. It connects to our emotions, to how society works, how we interact, and the lot. Aside from the display of photos with words of some of our most common desires, there are also interactive pieces, wherein the exhibit goers can perform by following the instructions on the platform. And get this, a huge pink and green sweater covering the wall of the gallery. 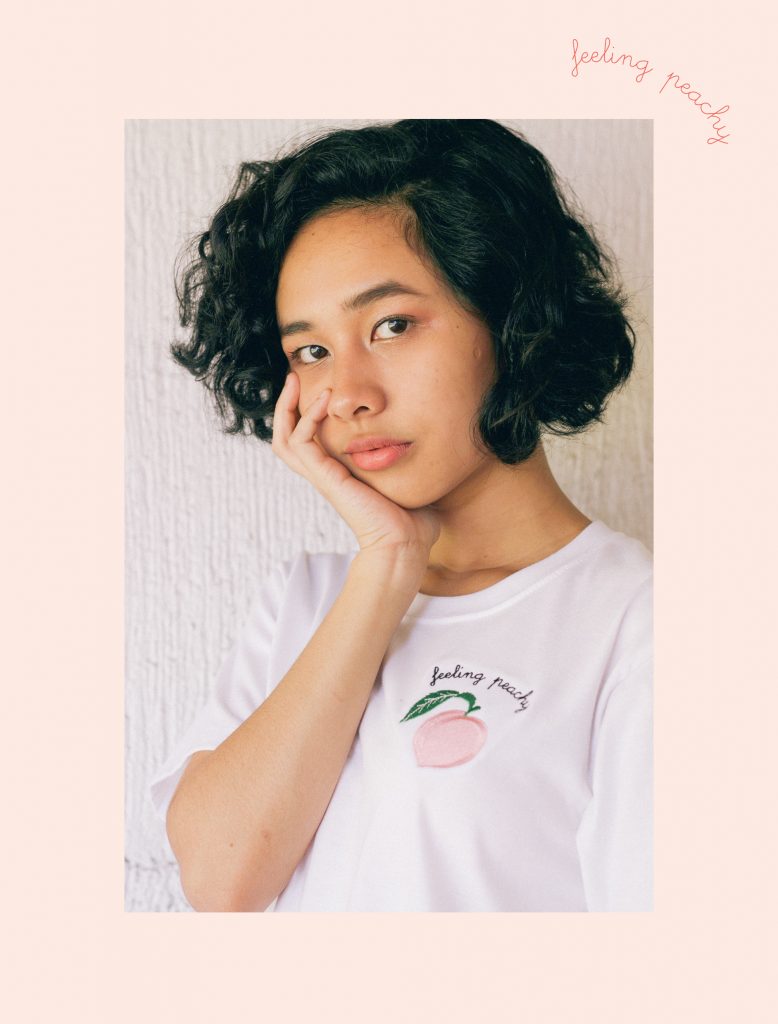 Planet Girl #FeelingPeachy Shirt – Planet Girl is artist Loise Veloso’s solo merch project. Her first unisex (!!!) shirt design is a basic white tee with an adorable embroidered peach logo. Loving this because it’s cute and you can easily style it with lots of different pieces (maybe Scout’s pink cap?), and oh, did I mention that it’s only 360 pesos? I’m pretty excited for Planet Girl’s stuff yet to come–it’s about time we have some quality and nicely-designed streetwear that’s reasonably priced for the budget-conscious millennial. Check out @planetgirlph on Instagram! 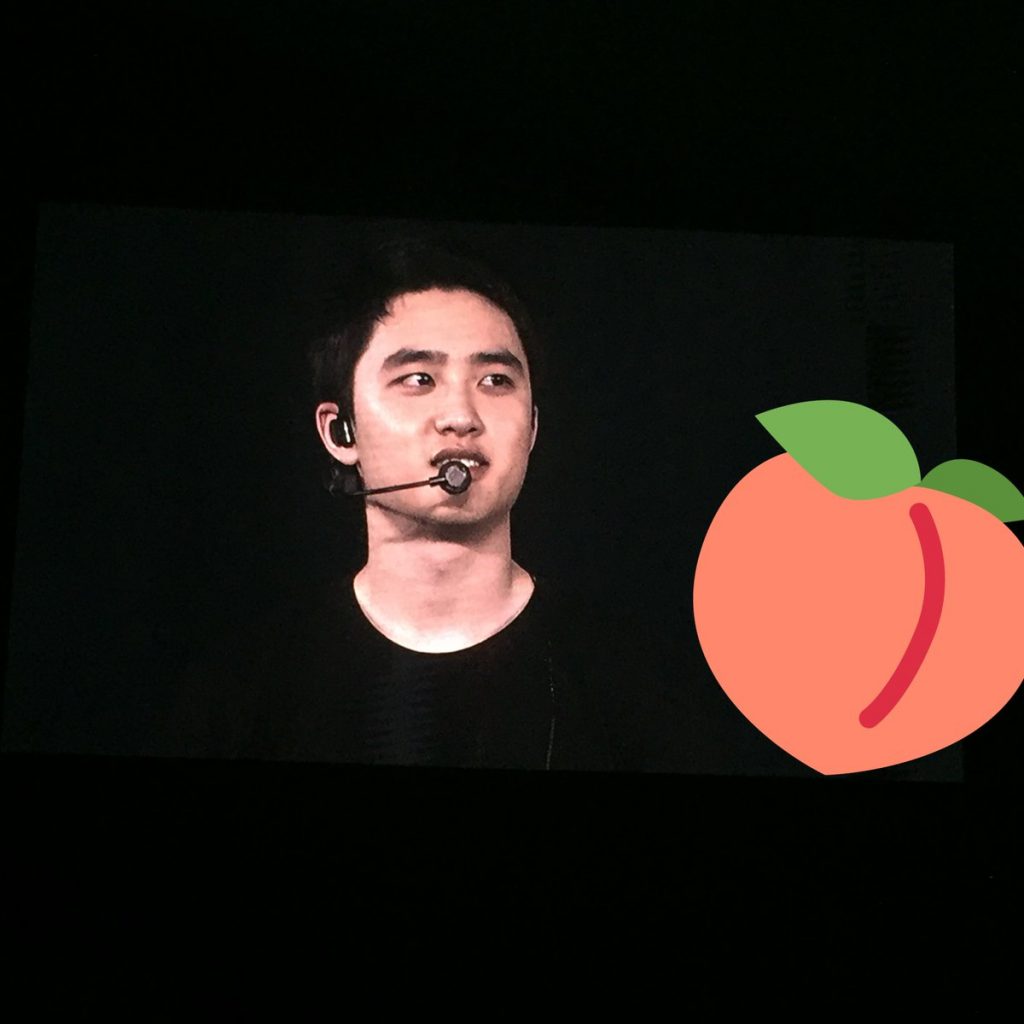 EXORDIUM in Manila Day 1 – I’m not going to say much about it here because if I started, I’d probably end up writing a novel dedicated to my bias, Kyungsoo. Basically, the night was magical, despite some annoying bouncers trying to stop the audience from recording videos and taking photos of the show. Ya’ll, we paid over 10 grand for this; let us take some videos!
Anyway, regardless of annoying bouncers, here’s a bad photo I took of Kyungsoo on the screen with a peach on it because he is one.

Flormar Illuminating Primer Makeup Base – I love this primer! I’ve been using one I bought from Korea but that really doesn’t come close to Flormar’s. This has a lightweight formula that easily glides on and keeps my makeup on until the end of the day, even though I’ve got skin as oily as a barbecue grill. People say it’s a dupe to Chanel’s own illuminating primer. Flormar’s primer costs only around 600 pesos (best part for cheapskates like me) and can be found at Watson’s or SM Beauty.

Scout x Proudrace “In Scout We Trust” Sweater – #teamcozy man. This sweater’s so comfy. I’m glad we did this collection with Proudrace. Check the rest of the collection here. 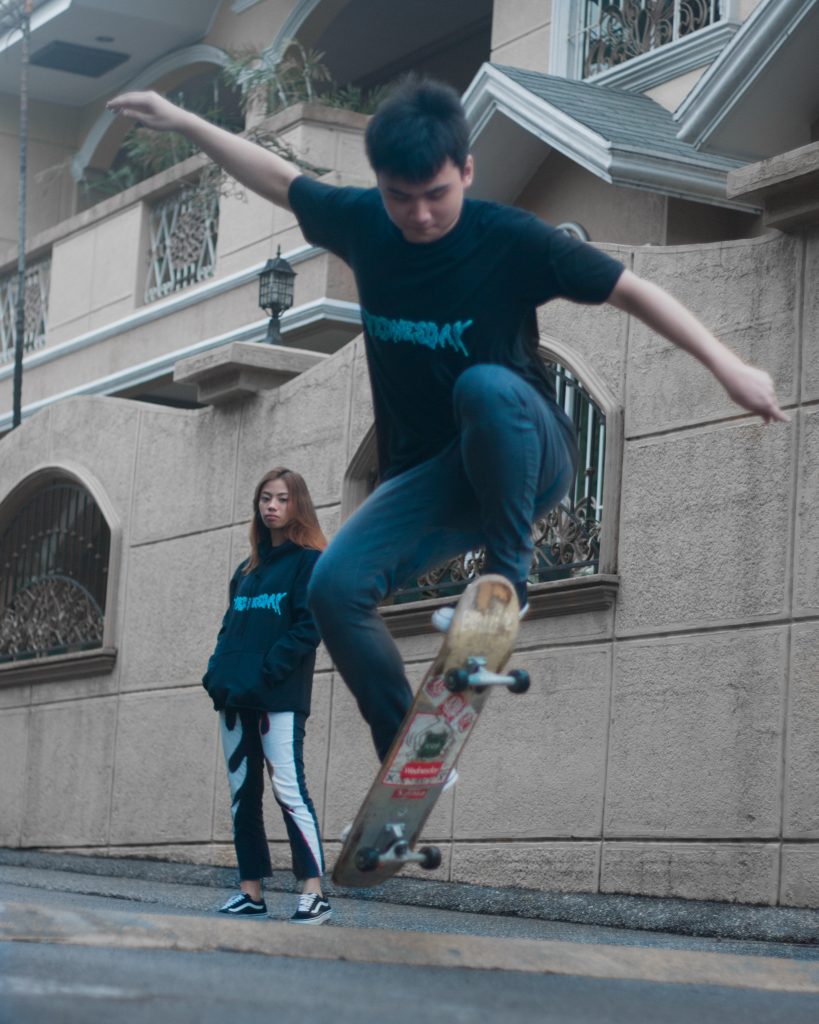 Wednesday “AdventuresDotCom” tee – Support local, but don’t forget to support quality.  There are a lot of local labels and brands and all sorts of names coming up right now locally, and Wednesday’s one of them that’s starting to make a name for itself, and more than that, a brand founded by people I respect.

BRB, busy with my glow up era