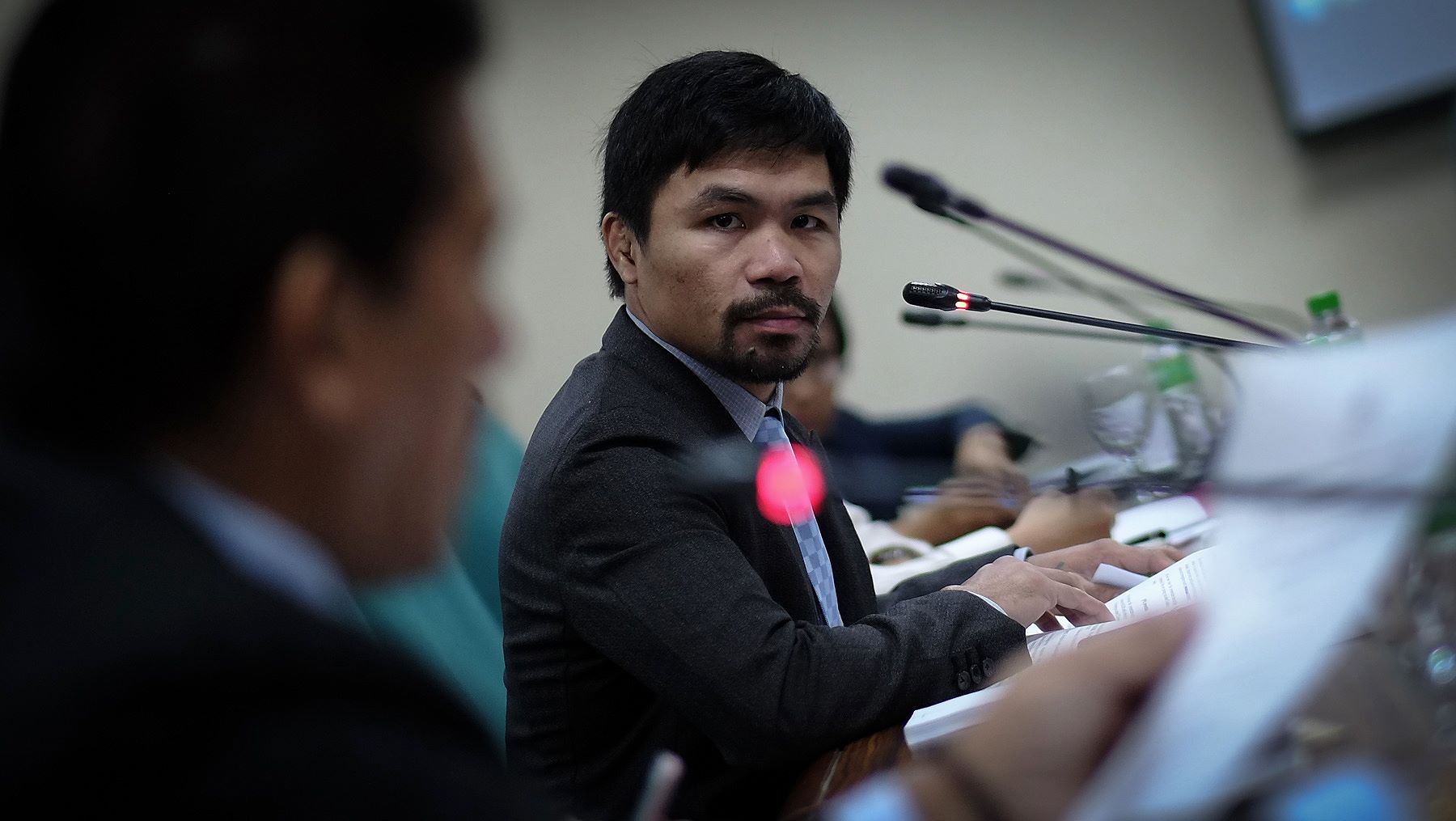 It seems a little hard to believe, but there was once a time when Manny Pacquiao wasn’t this easy to hate. You may remember it by the hallmarks: he used to win a lot, he held like 10 world championships at the same time, and there wasn’t any traffic during fight Sundays.

But now he’s a dick. Or rather, he’s long been a dick, and we’ve all just recently come around to realizing it. It started last year when his Bible-toting ass compared homosexuals to being worse than animals. Then it just got worse from there as time went on and he got elected as a senator. Like his ridiculously misunderstood stances on the death penalty. Or his continued insistence on being ignant about LGBTs and cross-dressing with regard to the Anti-Discrimination Bill.

Yesterday was a whole new level of dangerous politicking, however. Pacquiao set the motion for a major Senate realignment: Liberal Party senators Frank Drilon, Kiko Pangilinan, Bam Aquino, and Risa Hontiveros are no longer Senate President Pro Tempore, chair of the Senate committee on agriculture, chair of the committee on education, and chair of the committee on health, respectively. Granted, the new alignment isn’t so bad yet, but it’s the blatant grab of power from just one specific party which makes it worse, and easier for the majority to concentrate their power.

So after yesterday’s events, you may have been seeing comparisons of Manny Pacquiao to universally-loathed Star Wars prequels character Jar Jar Binks. For those of you who don’t remember, this is why:

Sound familiar? We’re not even going to get into the whole accent and naivete bits, that’s way too easy. The only difference between the two is that Jar Jar seemed far more naive than Pacquiao’s being right now.

But if we are to keep the Jar Jar comparisons, then there’s only one way this should play out. Let’s assume that the Senate realignment helps President Duterte further consolidate power in the government, and makes it even worse for all of us. When this entire bullshit with the current administration reaches critical mass and most people finally see it for the evil it really is, and we finally get rid of them, Pacquiao should be declared persona non grata, shut down all inevitable presidential bids in the future, and be made to perform street tricks for children. But even as the kids get entertained by him, the adults will always know who he is and what he helped do to this country.

Of course, there’s still time for him to change. But Pacquiao is hard-headed; after all, this is the guy who still wants to continue boxing even after he said he’d retire. The only good thing is that a lot of what he’s doing now is exposing himself too much to even be a viable, considerable candidate to be president one day. They’ll try, but by then he’ll have dug his hole too much, and we’ll know better.

SHAREYesterday (Jul 31), The Metropolitan Manila Development Authority (MMDA) warned that everyone who...