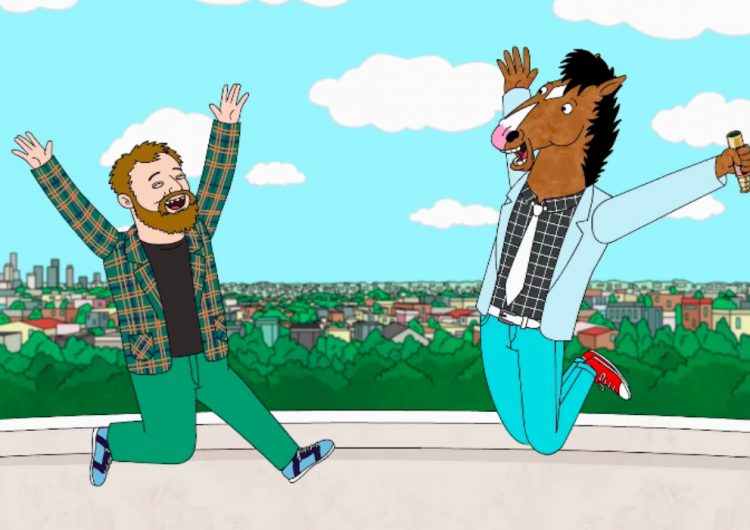 BoJack Horseman fans hold your horses, because you have a chance to hang out with “the jerk” BoJack Horseman himself. This is what Raphael Bob-Waksberg, creator of the hit animated series, announced in a rather gleeful Twitter video yesterday.

come be in my show but you cant talk and this doesnt count as sag credit https://t.co/yGM1dXAgOF pic.twitter.com/ycsnXBffso

Raphael is opening a contest for fans—or actually anyone who wants to wallow in existential ennui with BoJack. If you win, BoJack Horseman will fly you and a friend to Los Angeles. Raphael himself will tour the you around Hollywoo and take you behind the scenes of the animated series.

And now, here’s the fun part. The animators will also draw you (sorry, friend) as a character for an upcoming episode (maybe for next season?) of the series. That means you can hang out with BoJack on screen, too. Amazing, right? If you don’t want your face seen on TV, you can have your pet or animal of choice illustrated instead. This, as Raphael says, will definitely give your life meaning.

This is also actually a meaningful initiative. You can join the contest by donating to Omaze fundraiser for California Community Foundation’s Wildfire Relief Fund. Proceeds will go to their immediate and long-term recovery efforts for major California wildfires. And that, too, will give meaning to your existence.

BoJack Horseman will return for a sixth season next year.

SHAREI don’t know about you but we think Gap’s latest campaign with 71-year-old...

SHAREWake up, kids: The second trailer of 2020-slated film “Birds of Prey (And...

SHARECustomizing your consoles and controllers are part of the fun of owning them....