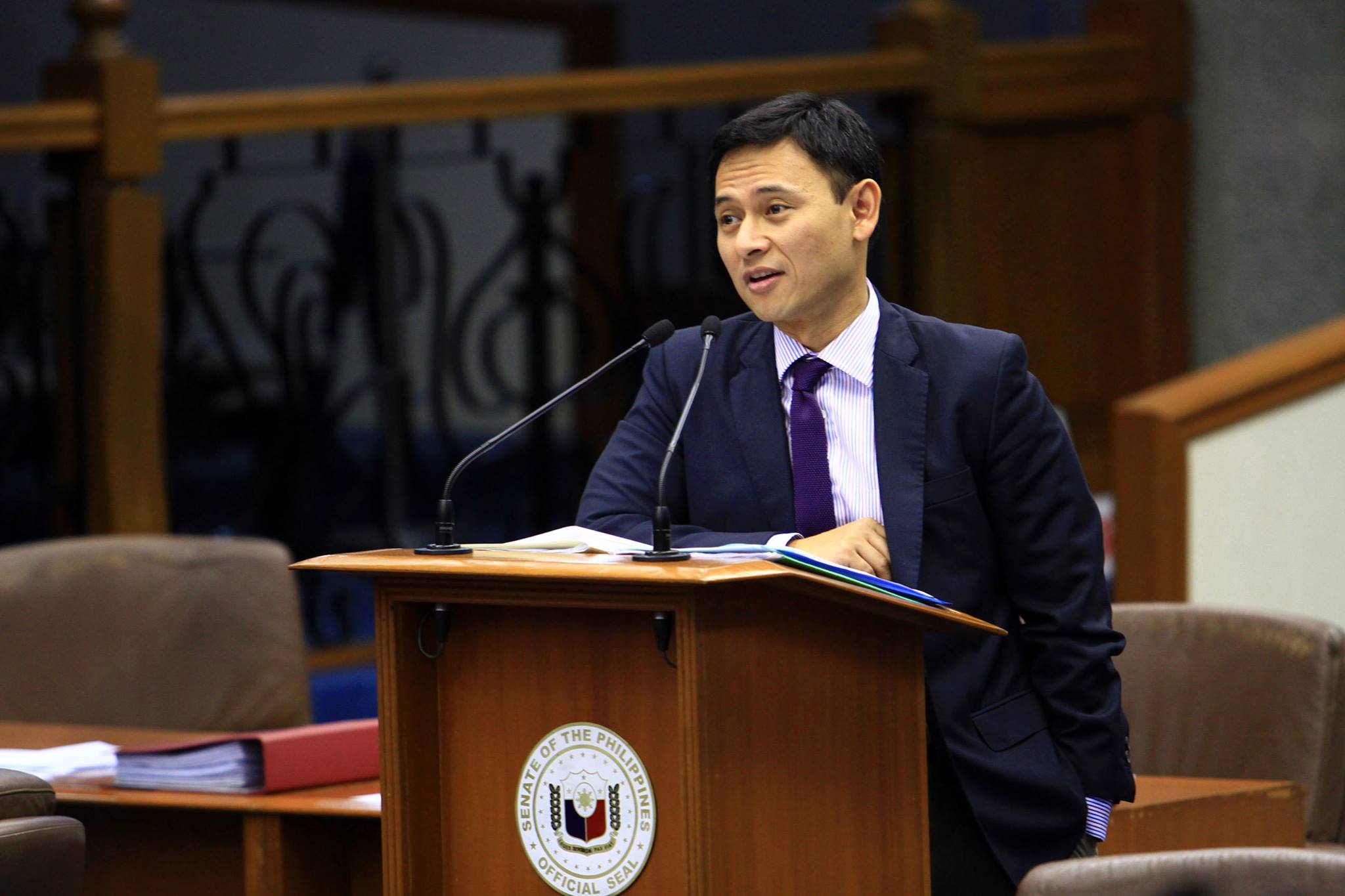 Here’s the sad truth about the social media game: it’s really tough to navigate around critical opinions. More so if you’re a public figure, and multiply that by a thousand if you’re an elected public official, and a thousand more if you’re an official with the power to enact laws. Senator Sonny Angara, a guy who had been angling his appeal toward that of the savvy millennial generation, found this out the hard way—and in hilarious fashion.

Sen. Angara, who was once pretty much against the death penalty in favor of better police policing, has now flip-flopped to be “open” to it. We’re not sure what that exactly means, because it seems like he’s not sure what his stand is. (Hint: the correct answer is to be against it, because the majority of cases don’t deserve capital punishment.) It’s one thing to change your opinion on something given new facts, but it’s a whole different issue to half-heartedly go the other way because it may be politically beneficial.

So because this is Twitter, and because he’s quite the active Tweeter, Angara got called out.

on why he is open to death penalty.

It’s a shitty rationale, the nuances of which Twitter’s 140-character limit format doesn’t really help bring out. Okay, we’ll give him that. But just that one, because while people on Twitter may be petty in the pursuit of some damn brutal dissent and criticism, the good senator stooped down and fired back:

That’s when everyone starts to pile up on him on the true meaning of a democracy: 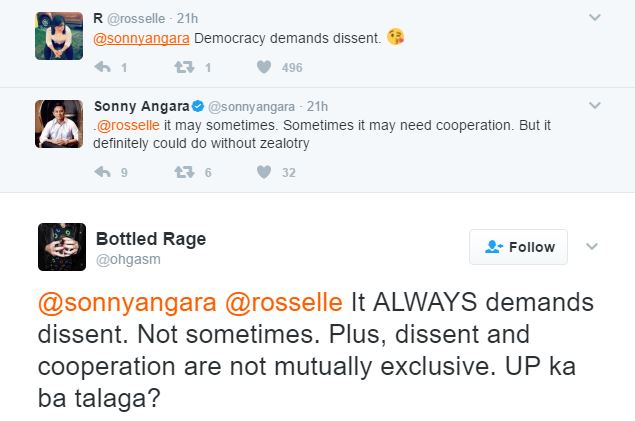 But instead of trying to go about it like some sort of dignified statesman and holding a nuanced dialogue on whatever merits he thinks holding this position may have, he comes back with silly, meaningless, and high school-level clapbacks like these:

@anjpessumal why wait til ’19, press unfollow pls and stop @ me thanks ? 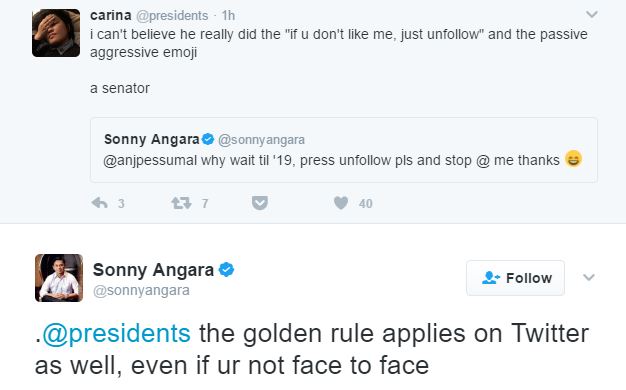 That was last night, though. As of this morning, however, the man has doubled down on his fence-sitting, and weakly justifying it:

These are all factors to consider. That’s why it’s a very tough decision https://t.co/nRrDGr2CeU

Moral of the story, senator? If you’re going to immerse yourself in your constituency on Twitter, you better make sure you’re every bit of the politician and public official they voted for. If you’re going to answer back, make sure that you’ve actually got legs to stand on, and that your replies are zingers. If all you’re going to say to demands for accountability and facts and leadership is “we’re still waiting and seeing” and passive-aggressive emojis, then you’re weaksauce. Come on, man. If this was truly your market, you should’ve known a lot better. At the very least, for all his abrasiveness Teddy Boy Locsin could argue and debate better, and is pretty stubborn on his views.

The fun part is people realizing that they’ve made a terrible mistake voting for Angara:

Pag binetray ka ni crush tatanungin mo talaga what u did wrong in the past. I am sad but I’d rather be woke~ bye Felicia and old tweets ?? pic.twitter.com/u5uSgJCYnl

I deeply regret voting for you, @sonnyangara.

But seriously, the only other person voters feel this much regret about voting for is the president. It’s never a good thing when the people you root for turn out differently, and you do not want to scorn and betray a millennial. It truly is heartbreaking.

Oh, and the absolute best part, as a parting shot? He hasn’t even decided yet, but his dad already thinks he’s wrong.

Reinstating capital punishment will only make us into an int’l pariah,as we’ll be reneging on our treaty obligations https://t.co/PCIY39Rixh pic.twitter.com/kSpqUs9eco

SHAREThe voices of the victims and the people have finally been heard. The...