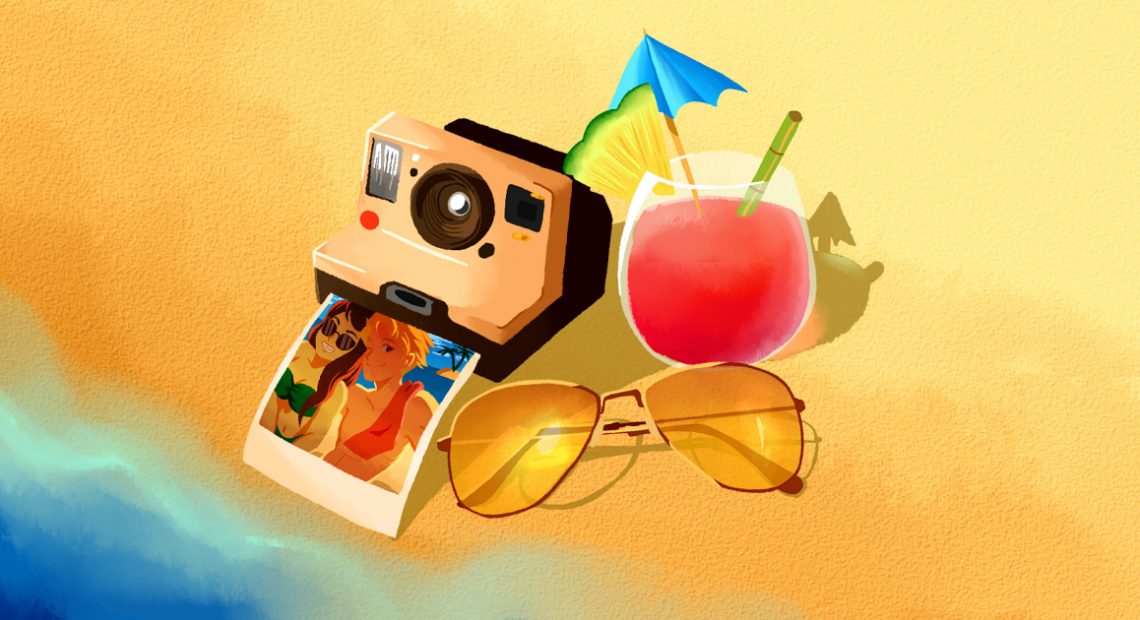 Throw in a pillow or two. Turn your drink mixer on, and push that number three button on your electric fan. Whoever said you can’t pull off a worthwhile summer within the four walls of your bedroom has obviously got it wrong. As long as you know the right songs to play, you’re good. For starters, we have a couple of Filipino bands with songs that teleport us to the summer dream. Well, at least close to it.

Any Name’s Okay is one of the youngest bands in the list, but their songs have already spread like wildfire. Well, it isn’t so surprising. “Hawaiian,” for one, is as catchy as it can get with strums and drums that scream downright tropical. Aside from being a refresher in song form, “Hawaiian,” thanks to a fan’s (validated) theory, actually takes reference from US Imperialism in the 1890s. No wonder why the song goes, “we can’t be beaten, we’re taking kingdoms, we’re breathing freedom.”

Listening to “Cherry” for the first time makes you feel the need to curl up in a dark living room, stare at the monotonous-sounding TV, and gulp on anything fizzy. But you’re here inside the office this summertime, trying to catch deadlines. Good thing there’s this track that can weave that unapologetic daydream. Quite a savior. The motion picture isn’t so blurry after all, I guess?

Picture this: A swift stroll through a rarely-visited beach, the sea breeze traveling across the strands of your hair in the 1950s. What a mental relief. The Cohens’ rawness sums up what we have as Elvis Presley nostalgia, but know that they’re also beyond that. This track’s pace feels like a massage over our most stressed out nerves—harmoniously soothing—and even an unsent letter.

Aside from its infectious lyricism and masterful new wave arrangement, this band’s rock sound is amusing to a fault. “Flowers” feels multilayered, vivid; a prize for exploring the internet enough to dig up something that’ll really make you say, “hell yeah, good stuff!” Dozens of “never let it go”s aside, “Flowers” just plays like the ultimate hide-and-seek anthem we attempt in our basements.

The indie pop soundscape is quite big in Disquiet Apartment’s music. “Carpal Tunnel Sweetheart,” a track off their EP Little Infinities talks about screens and feelings that transcend these, but also allowing yourself to say goodbye; probably what feels like to have a summer fling. Here’s a tip: Listen to Little Infinities as a whole, too. It’s the shoegaze-jangle pop-melancholy mix you deserve.

The Geeks PH – “Life Is A Waste of Time”

If the title isn’t our summer mood, I don’t know what is. Beyond that, though, is a sound that feels like a flip book of the things we hide deep in ourselves. We’d love and hate it for how it actually gets us. This song represents the bleak times of our summer that plays out like a record beyond broken, where we can find our existential woes in guitar riffs and reverb.

There’s nothing more free-spirited than a mix of duo-based vocals, a little drumstick tapping, and some suave bass lines. Treading along comic-y, animated, and action-filled, “Tango” will make it pretty easy for you to create stories out of your head, as the song already spreads like a conversation. It would be fun to hear this in a film.

If “Escapist” were a person, it would be the confident friend that pulls you out of your zone, drive you somewhere far, and carries you until you’re not scared anymore. This kind of music is the puzzle piece of our current zeitgeist, with what its alternative waves and masterful arrangement persistently promise. 10/10 would collide bottles with a stranger if this song comes up.

If you liked these choices, you can listen to the complete playlist here:

SHAREYou know what sucks? Being a millennial or Gen Z-er who’s stuck with...

SHAREBy Jose Mojica Books. Books. There’s nothing better than to spend a weekend...

SHAREWhat is there to say about Art Fair Philippines? Is it an opportunity...