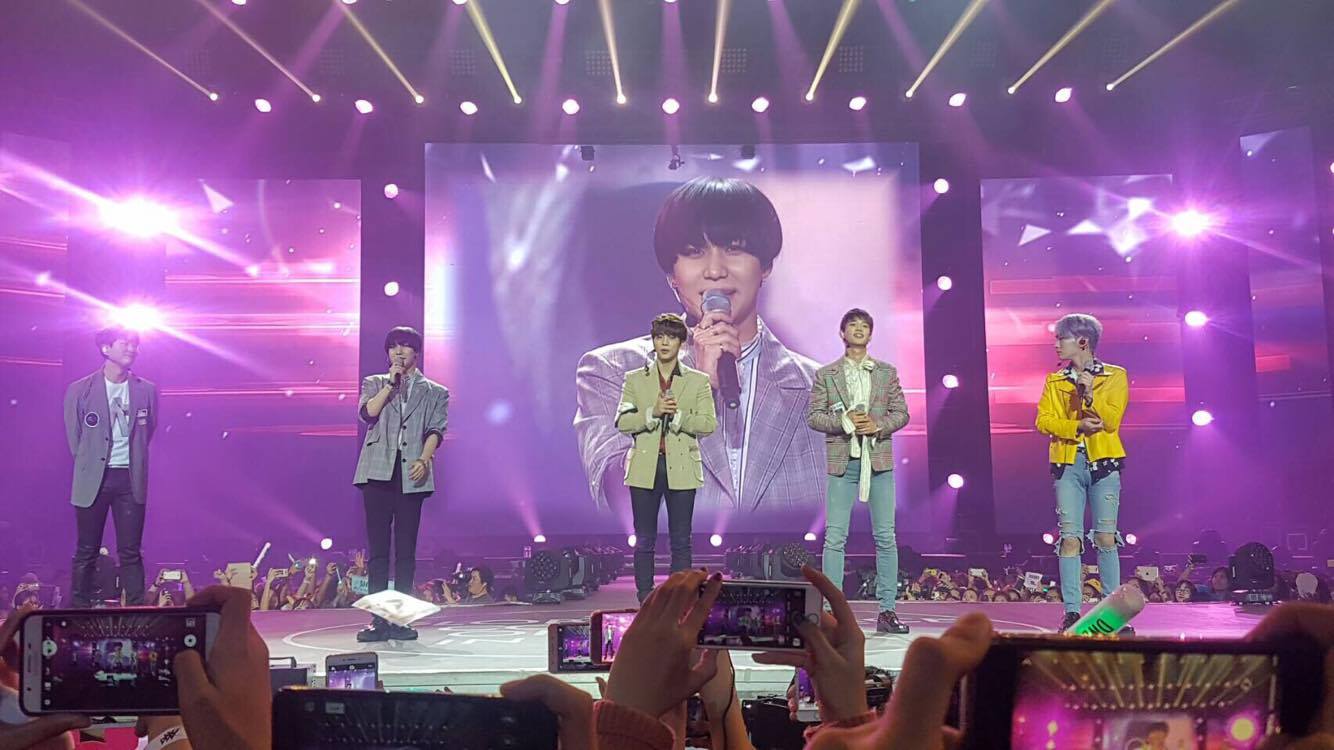 It was a full house last night at the 2017 One K Global Peace Concert in Manila, where K-pop groups SHINee, CNBLUE, AOA, BTOB, B1A4, B.A.P, and Psy came together at the Mall of Asia Arena to perform in benefit of the One K Global Campaign, aiming to unify North and South Korea. What was best about the concert wasn’t the performances of the artists themselves, but that the proceeds of the show went to a good cause.

Host Sam Oh mentioned that this was the first leg of the planned global tour, and we even got some unexpected surprises here and there from our favorite K-pop groups. The rest of the night was hosted by SHINee’s Minho and AOA’s Seolhyun, and aside from the usual set from each group, we got solo performances by B1A4’s Sandeul, AOA’s Choa, and B.A.P’s Youngjae and Daehyun to sing soundtracks from top notching Korean dramas. BTOB’s Hyunsik and Eunkwang also serenaded the audience with Filipino hit song “Anak.” Psy closed the evening with “Gangnam Style” and was joined by the rest of the groups to sing the new One K Global Campaign theme.

We’re sure you guys, like us, are hungover from last night, so we compiled the songs played during the show on Spotify so ya’ll could relive your fangirl and fanboy moments. Listen here:

SHARESelection and art by Grace de Luna. What: Cat purse When to Use:...