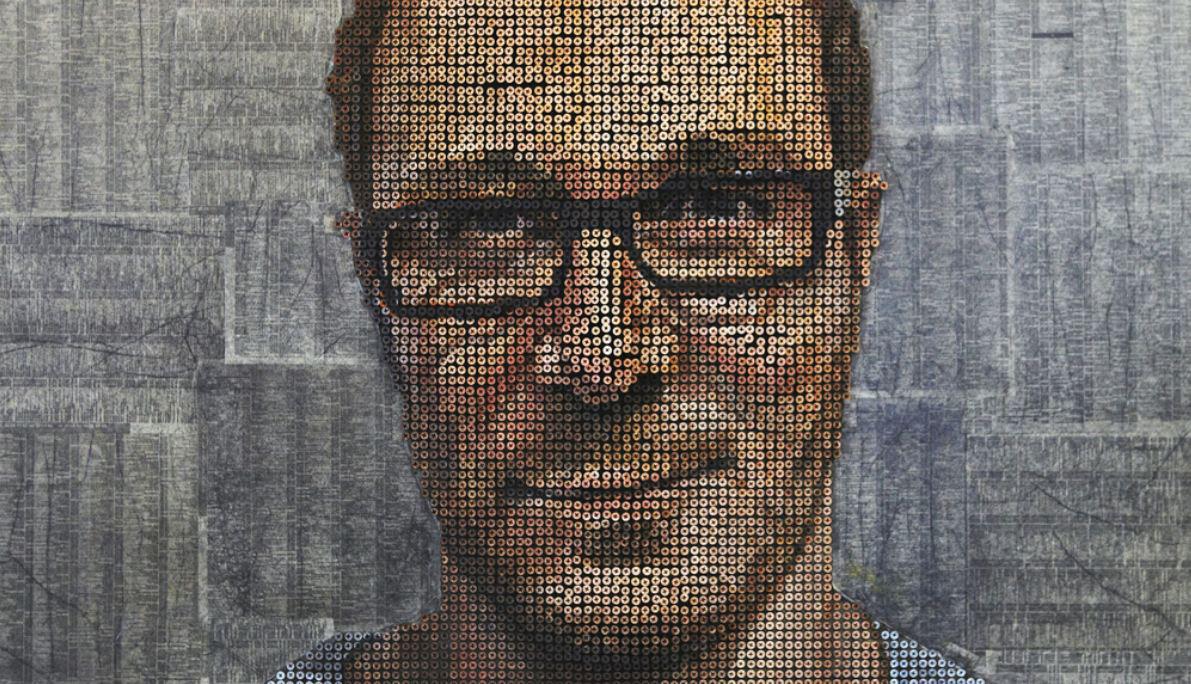 The minute you open your eyes from your deep slumber you’d see the color of your room, the sight of your mom, the bright yellow scrambled eggs you’re having for breakfast, and when you walk out you’d see the bluest sky and the greenest grass. From darkness, you could see every color there can possibly be. But imagine what a blind person would see from waking up from total darkness? Still darkness.

Andrew Myers is an artist residing in Laguna Beach, California. He mainly works with oil paint, charcoal, bronze, and the most iconic medium in his pieces, screws. One of his favorite moments as an artist was when a blind man experienced his artwork as if he is seeing it using his hands. The blind man ran through his fingers over a huge three-dimensional artwork that consists of thousands of screws. Andrew saw the change of expression of the man, from a clueless and blank face to a warm smile from seeing what he felt.

Andrew wanted to support and give back to the man who shared the same vision, so he made a documentary highlighting the brand of tactile art and its benefits for the visually impaired community. He gave back to George by making him his very own self-portrait made out of screws that he could touch and feel to see himself.

In the documentary, George slowly brushes his fingers from his hat down to his beard, and I saw the glow in his face as if he can see the artwork with his own eyes. I was amazed by seeing the artwork just as he was also amazed by touching the artwork. It shows that it doesn’t matter whether you could see something or not; sometimes our other senses can appreciate things as if we’re seeing them.

At the end of the documentary, Andrew says that he wants George to see his artwork for him in his perspective, yet he also wants to see in George’s perspective to see how he sees the world. It shows how we all have different views of appreciating things in life.

Check out the full documentary and see a whole new perspective:

Banner photo from Design Is This

SHAREFrom deep dives into our psyche to aux cord-stealing stories (which may or...

SHAREApril is the cruellest month, breeding Lilacs out of the dead land, mixing...