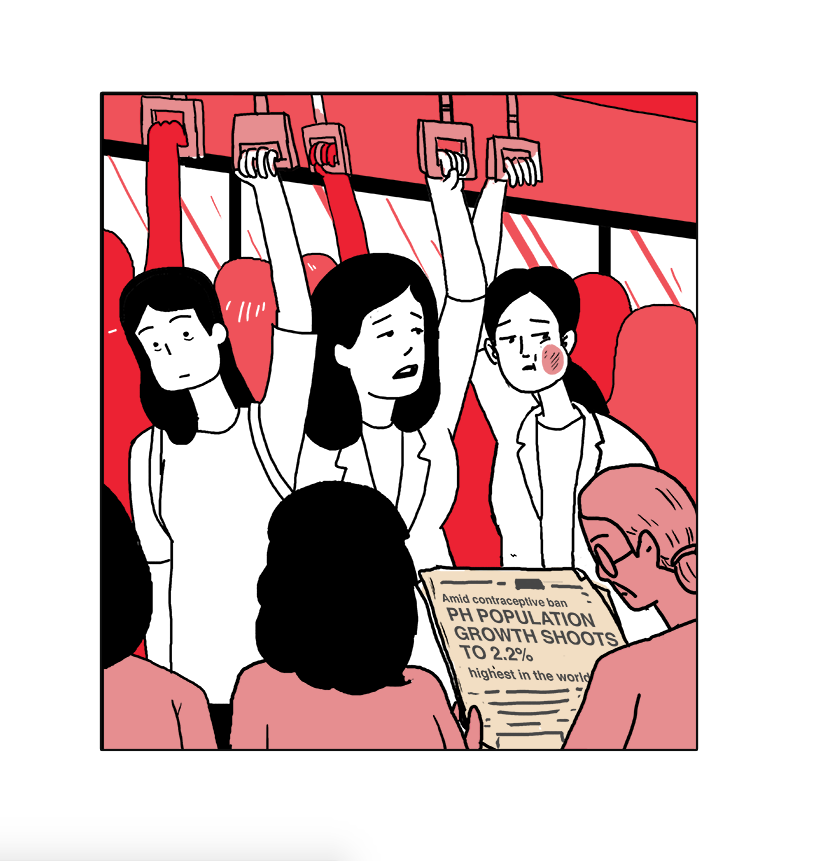 By Rob Cham and Gia Densing

We came up with this idea about a dystopia-ish Philippines where all the contraceptives had run out, a week or so after news about a looming shortage of pills and other birth control supplies (except condoms) made the rounds of Twitter and Facebook. Gia says the issue is a personal one to her, having been diagnosed with PCOS in her teens, and while I no longer use birth control pills as treatment, she still knows many women with PCOS who do. Birth control and reproductive health is so much more than just abortion.

The Supreme Court issued a temporary restraining order back in 2015, prohibiting the Health Department from distributing and selling contraceptive implants. When the DOH appealed for the order to be lifted, the Supreme Court denied the motion AND issued new orders to the Food and Drug Administration prohibiting them from re-certifying contraceptive products, which meant that no new products have been entering the Philippine market since then. The Population Commission (PopCom) warned that more than 90% of the EXISTING products in both government clinics and commercial drug stores would expire by 2018. TL;DR: We are running out of contraceptives and there are no new supplies coming in, unless the TRO is lifted.

We had been getting warnings about the shortage since mid-2016. But with 2018 now almost half a year away, and supplies for birth control pills becoming increasingly erratic, the situation seems dire, hence the buzz on social media.

Here’s the thing: we didn’t have to stretch our imagination much for this experiment. It makes sense that an extremely low supply of pills would jack up the prices or create an illegal black market due to the demand. And this scenario had already played out in scale in the city of Manila. In 2000, under then-mayor Lito Atienza, the city “discouraged” the use of contraceptives, leading to a ban in Manila’s public health centers, which were funded by the local government. In 2011, the city relaxed its anti-birth control stand and adopted a “pro-choice” policy, which lifted the informal ban, by then the damage had been done. The United Nations Committee on the Elimination of Discrimination Against Women called Manila out on it, saying the Philippines was accountable for violations of women’s rights under international law. The U.S.-based Center for Reproductive Rights, with some local RH advocate groups, published a report entitled “Imposing Misery,” detailing what life without birth control was like for the women of Manila during that time, descriptions of which we brought to life in this week’s comic. We hope it helps open some eyes and minds (and lifts some TROs maybe).

Gia Densing is a news, current affairs, and pop culture junkie who writes for a top TV news programme. She tweets her thoughts and opinions (personal; not her company’s) at @gigidensing.

Forget what's in my bag—what IS my bag? In this essay, I will

Male gaze? We don't know him