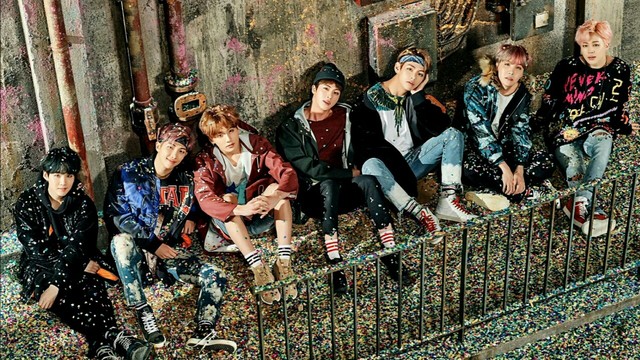 ARMYs and K-pop fans, you’ve heard it already. BTS made history at the 2017 Billboard Music Awards last weekend and bagged recognition as Top Social Artist, making them the first ever K-pop group to win at the show. Fans around the world came together to vote for the band and beat out US pop favorites such as Selena Gomez, Ariana Grande, Justin Bieber, and Shawn Mendes.

Not to say we were surprised, of course. With a top group such as BTS, a massive domestic and international fanbase, and K-pop as a growing cultural phenomenon, it was bound to happen sooner or later. No one could ever be as intense as K-pop fans, honestly (they’ve just wrapped up a two-day BTS concert here in Manila just a few weeks ago, actually).

That being said, we rounded up Scout friends and former Scout team members to talk about their favorite BTS tracks and what they love most about them.

“Dead Leaves” is a really good song. And it’s even more impressive that a member composed it. I know he used a sample and that it became a bit controversial since EXO also used the same track, but Suga was able to add so much more depth and texture and turned it to an entirely different song.

I don’t know which to choose but I guess “Blood, Sweat, and Tears” now is my jam. Because it’s sexy and it really grew on me!

It’s such a feel-good song and I feel like it highlights the all of the members’ strengths. I can really hear the vocal line sing and I can hear the rap line and their flow. Though the lyrics are just about liking a girl, I like how it’s not over the top like “u r my world can’t breathe without u.” I love how it still feels like how a bunch of guys would think–either super awkward or cocky. It’s also funny because it really sounds like teenagers or 20-somethings wrote it.

I guess I’m coming from having known their songs from the first album and seeing the development until today. I just really like “Where Did You Come From” because it represents the group’s growth and personality. Plus LSS talaga.

Though the video isn’t that great, I love, love, love blasting this song while driving. I have a terrible case of road rage and this manages to help me project that in a healthier way through singing out loud and furiously head banging to it. “Danger” is also the first ever BTS song I really liked.

It’s the song that really got me hooked to them.

“Not Today” has catchy beats and the refrain part is so good. It also has empowering lyrics.

What’s your favorite BTS song? Tweet us at @scoutmagph!

Is this a sign to base my personality on “bubblegrunge”?

Frank Ocean is one of the new faces of Prada

SHARENot only is Frank Ocean finally out of the shadows this year, he’s...