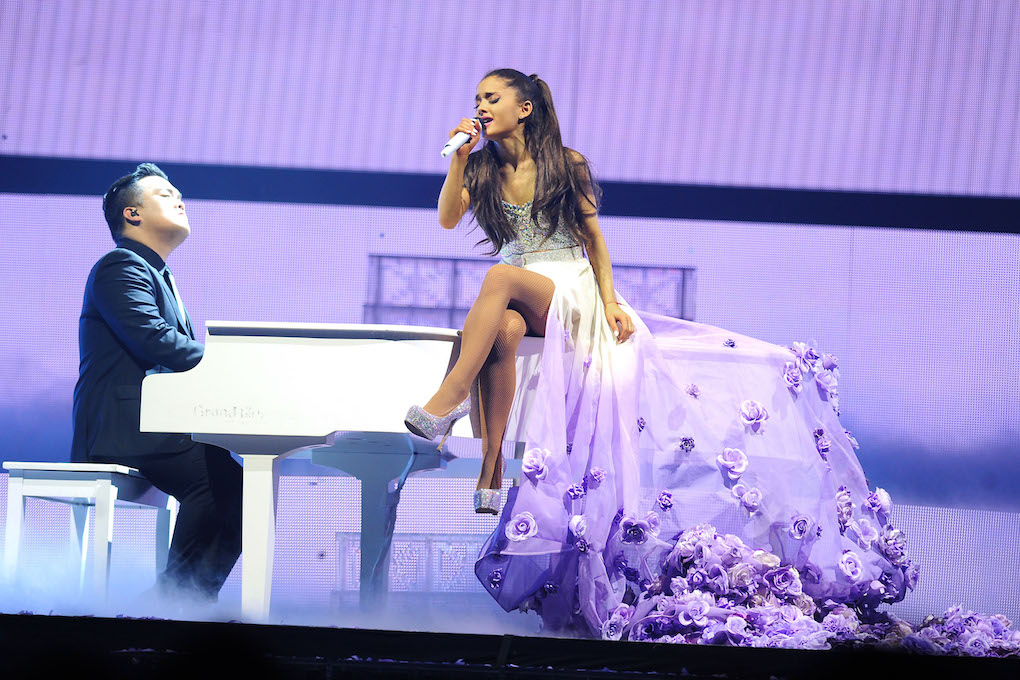 Earlier today, a sudden bomb explosion stopped Ariana Grande’s concert in Manchester, England, killing at least 19 people and injuring at least 50. The blast apparently happened outside the Manchester Arena after the show was over and people were exiting the venue.

Ariana herself is fine, but there’s nothing known yet about who was behind the terrible attack or why it happened. Local police are saying that a suicide bomber was behind the attack. She tweeted the following message:

broken.
from the bottom of my heart, i am so so sorry. i don’t have words.

And her manager Scooter Braun put out an official statement on Twitter about the incident:

According to TMZ, however, she’s understandably decided to cancel not only her London show on Thursday, but as well as suspend the rest of the European leg of her tour for the time being, which included Belgium, Poland, Germany, and Switzerland. There’s also no word yet on the status of the rest of the world tour.

It’s TMZ, though, so you may want to take that with a grain of salt until there’s an official announcement from her team.

In the meantime, our thoughts go out to everyone affected by this heinous incident. Nobody should have to suffer something like that.

SHAREMusic in the Internet age has its pros and cons. Putting your music...

Are NFTs the future of music? For artist Ali Young, it’s a resounding...