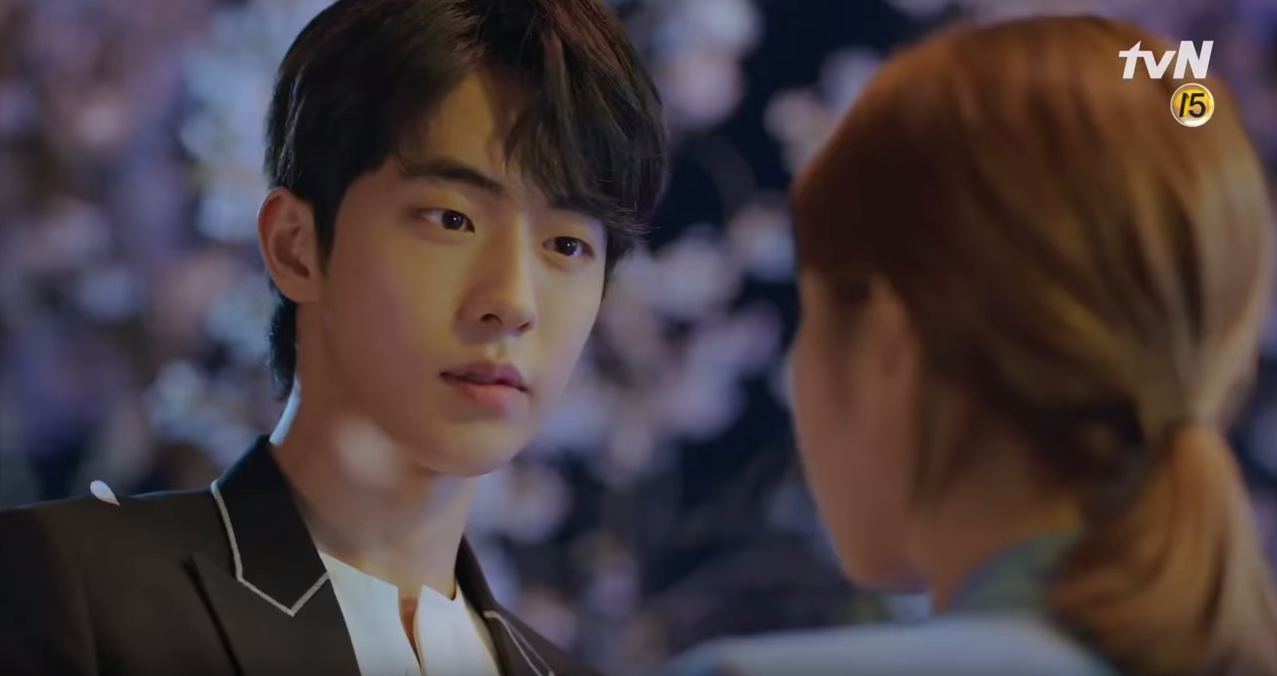 We all loved actor Nam Joo Hyuk as the adorable and playful feminist (!!!) boyfriend of the titular character Weightlifting Fairy Kim Bok Joo. And we’ve also all heard that he’ll be playing Ha Baek the water god in tvN’s new epic fantasy drama Bride of the Water God, a live action adaptation of the popular manhwa series. The anticipation surrounding the new show is so big that people are expecting it to be the next Goblin. Joo Hyuk’s certainly got some huge shoes to fill.

The first trailer for the series, released by tvN yesterday, simply shows the leading actors contrasting to their manhwa counterparts, with Joo Hyuk’s Ha Baek lovingly gazing at Shin Se Kyung’s So Ah.

tvN also uploaded a behind-the-scenes video of the cast’s table read, where both leads talk about their characters. And it looks like Joo Hyuk is straying far away from his previous Weightlifting Fairy character, calling Ha Baek an aloof enigma. “He’s cold, chic, and always filled with confidence,” he says.

Se Kyung adds for her role, “So Ah is the director of a neuropsychiatry department in a hospital and is also a character with a trauma. She is set to have a sweet romance with the god Ha Baek.”

We’re so excited for this drama that we probably can’t bear it if it turns out to be a flop. Here we are hoping that Ha Baek is every bit as empowering and non-problematic as Jung Joon Hyung, continuing the new standard for K-drama characters. We’ve also seen Se Kyung in The Girl Who Sees Smells and we’re rooting for her too. Fans are already complaining that they’ve got no chemistry just because it isn’t with Joo Hyuk’s girlfriend Lee Sung Kyung, but man, let’s give it a chance.

f(x)’s Krystal, 5URPRISE’s Gong Myung, and Lim Ju Hwan are also set to star in Bride of the Water God, slated for premiere on July 3.