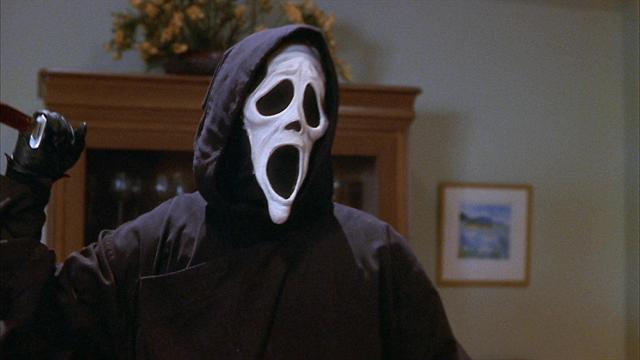 Horror films are fantastic. It’s always loads of fun to sit in front of your screen and shout at all the idiotic characters to not walk into that dark, sketchy-looking hallway, or not to investigate that strange sound from the other room. You throw popcorn at the TV screen and mumble, “stupid” under your breath–if you were that guy, you’d be smarter than that, right?

Disappointed, you switch off the TV and head back to bed. But as soon as you leave the couch, the lights start flickering, the floorboards above you start creaking, you feel a breath of air against your neck and the hair on your arms stand. Damn. Then of course you just had to see a shadowy figure run across the room from your peripheries. Just then, your television screen illuminates and switches to a strange channel whilst playing eerie music. Yup, you’ve guessed it. You’re right there, the star of your own little scary movie. There’s bound to be someone…or rather, something, waiting somewhere in your home. What are you going to do?

Say no more. We’ve listed down 15 important steps to bring out the perfect horror film character in you. Grab ahold of your flashlights (no weapons whatsoever, please) and make it count!

1. When passing through a dark hallway or staircase, always come unarmed and fully alone, obviously.

2. When seeing a shadow flit from across the room, make sure to shout in your loudest possible voice, “Hello?” or “Is anybody there?” Or maybe even a “Yo!” would do. Anything that’ll catch some attention. It’s probably just your dog.

3. During a one-on-one face-off with the ghost, pick up the most ineffective weapon for battle. If you had to choose between a kitchen knife and a dish towel, choose the dish towel, for god’s sake.

4. When running away from the killer, lock yourself in a room instead of going through the front door and outside of your house to save yourself. Choose a room with no alternate exits. ***Bonus points if the killer actually sees you closing the door.

5. Use your phone’s flashlight to drain out the battery of your phone. Only think about calling the emergency hotline when your phone’s completely dead. Then pretend you never had the chance to call before that, of course.

6. When incapacitating the monster and/or killer, don’t bother finishing them off. Examine them closely once they’re lying flat on the floor and check if they’re breathing, yeah? Then leave your weapon near them so that they can chase you around with it after.

7. Running to your car, fumble with your keys until you drop them, just to give the killer the advantage to catch up. Repeatedly use the wrong key to open the door of your car. Better if you had a bazillion keys along with your car keys in a single ring. Think Rose from critically-acclaimed film Get Out, except you’re not the bad guy here (Spoiler!).

8. DO NOT, by any means, check the backseat first before you start driving your car. You don’t want to spoil that fabulous surprise when you check the rearview mirror.

9. When running out of gas, by all means, drive to the closest unpopulated area where no one can find you when trying to escape.

10. When fortunate enough to be with friends, suggest that you split-up so that each of you are alone and vulnerable when facing the entity. Remember, the less people, the better!

11. Hide in a closet. When your ringtone chimes, answer your phone and listen to the crackling whispers and unintelligible words all throughout. Make sure that your phone is either on loudspeaker or at its highest volume, for everybody to hear, of course!

12. Before your camping or trip, do not notify anyone about where you’re going. That way, it’s more exciting AND makes it harder for your loved ones to find you when you eventually disappear.

13. Strange and creepy sounds coming from your house? Get in there and check it out. Who knows? Your parents or roommates might have just come home earlier than expected from their trip out of town.

14. Mirrors are among the best things in life. If you find yourself alone in a room with a mirror, you’re doing a good job.

15. Never refuse the hospitality of people who, from the very start, act very strangely. They’re usually pretty cool…until they’re scratching at your door and giving off weird sounds in the dead of the night.

There you have it! Go forth and show your favorite villains exactly what sort of horror movie protagonist you’re cut out to be.

SHAREEveryone from around the globe is doing their part to flatten the curve....