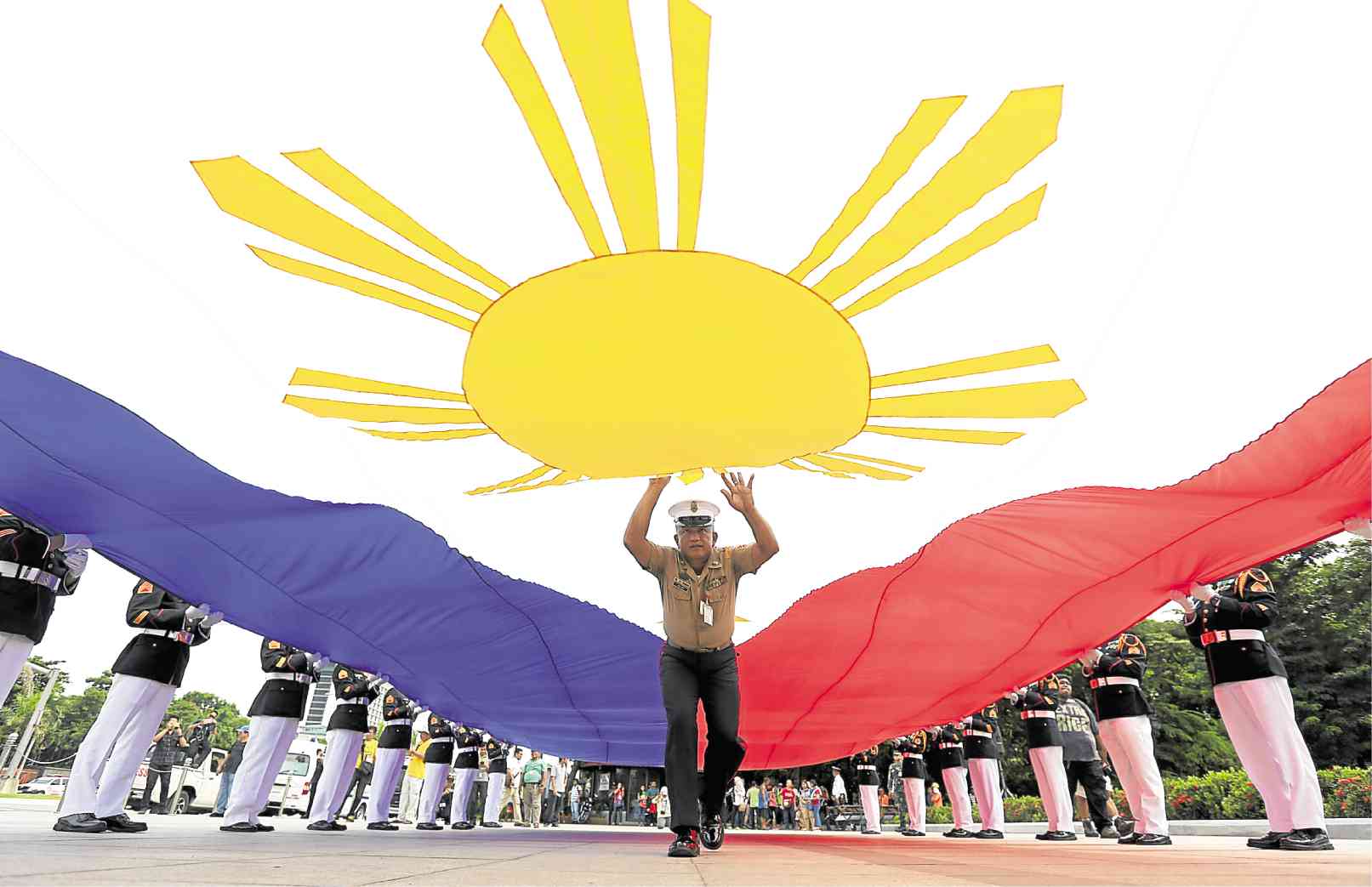 Not long ago, people raged about Cynthia Villar’s infamous attempt to ban unlimited rice servings in restaurants. The proposed bill is completely ridiculous and wholly unnecessary seeing that there are other pressing issues that the legislative body should pay attention too. It’s a bittersweet recurrence that we, as a people, are all too familiar with.

Believe it or not our legislative body has produced the following proposals: Anti-hammer bill, Manny Pacquiao Tax Exemption bills, The Dagupan Anti-Helmet Ordinance, and even an Anti-Dildo Bill. We suggest you look them up. These are the best of the best, and trust me we had a pretty good laugh over all of them. Well…some more than others. But now we have a new one added to the roster.

News spreads like wildfire when idiocy is involved, and on this day the congress delivered something that was just begging to be made fun of. Introducing Revised Flag and Heraldic Code or House Bill No. 5224. Of course, because we were so intrigued, we did a little research. Modifications have been made to the pre-existing Flag and Heraldic Code or Republic Act No. 8491 which revolves around the national flag, pledge, and the anthem. It’s the articles regarding the anthem that has the bill under fire. It claims that those that do not sing the national anthem with fervor will be put into jail.

But guess what? The facts that we mock about the bill were right under our noses since February of 1998! Yes, signed by former president Fidel Ramos himself.

Since the bill is a revision of the current RA, we had to compare and contrast. Turns out the revised one has higher monetary penalties and specific details on the rendition of the anthem. Both require that we sing with fervor, follow the correct time signature, and subsequent jail time for less than a year should citizens fail to sing with enough passion.

[pull_quote]. We get how this act attempts to ignite our sense of just pride, nationalism and patriotism. That is much appreciated. But is this the way to do it?[/pull_quote]

I don’t know about you but we haven’t heard about anyone getting penalized by this law. So what does this imply? Is the act’s existence even relevant? We could argue all we want about what they mean by “fervor” and how exactly are they going to measure how much passion we have when we sing. And as for the time signature, what are they going to do? Are they going to hand out metronomes to each person and hope for the best?

What we must deal with is the fact that it’s there and apparently, they didn’t edit the law right. We get how this act attempts to ignite our sense of just pride, nationalism and patriotism. That is much appreciated. But is this the way to do it? Revised or not, there are still charges. Specific details or not, a challenge remains.

How do we make our fellow Filipinos truly proud of our country without putting in the law that you have to be proud or you might face charges? You will end up turning these national symbols into something that they fear. Isn’t that the exact opposite of what this bill is trying to do? Developing a sense of nationalism within our country has been a problem ever since the establishment of our independence from foreign influence. And this is something that cannot be solved through brute force and threats. Rather it’s a challenge for all of us, not just the government.

SHAREIf rom-coms taught us anything, it’s that love can be found in the...