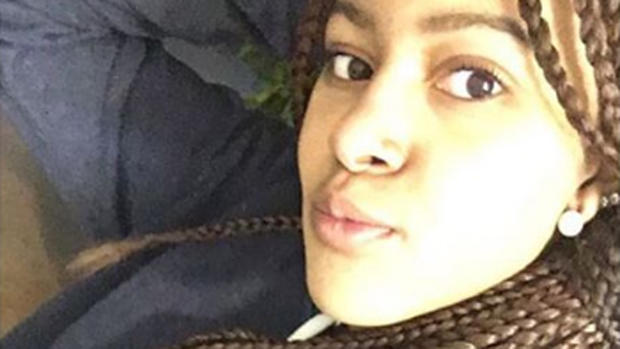 This is the trending hashtag Twitter users from all over happened to catch.  #RIPAmy: another hashtag, another death.  Amy.  Was it a celebrity?  A politician?

But to the revulsion of those who had scrolled through the Tweets, saw the pictures, read the report, it wasn’t a celebrity.  Nor was she a public figure.  She was a fifteen year-old girl, killed by her classmates.

Amy Joyner-Francis was a student at Howard High School in Wilmington, Delaware, and had gone into a school bathroom on April 21, around 8 that morning.  Though it is unclear what the caused the fight–some saying it was over a boy, others about a misunderstanding in a group chat–an onlooker had come out to say that she saw the victim “fighting a girl, and that’s when all these other girls started jumping her and she hit her head on the sink.”  Amy was later pronounced dead by Wilmington Mayor, Dennis Williams.

But this wasn’t a crime that lacked witnesses.  Instead of intervening as several girls jumped Amy, nearby classmates simply stood back and, of all things, recorded the incident on their phones.  The fifteen-year-old, being punched, kicked, stabbed; watched by her classmates as she struggled through her last moments of life.

The witnesses.  The people looking on, or looking away, as their classmate was attacked.  The people who were so desensitized by violence, entertained by a fight that ended a life.  The ones on their phones. It makes you wonder what you’ll do, what you’ll put first, if presented with such a situation: an update, a Vine, a Snap Story?  Or the person in front of the camera?

The students responsible for the student’s death have since been identified, and a small memorial remains outside of Howard High School.  One of the girls involved, a @msmeekawavy on Instagram, have since come out to say that she’s “not losing any sleep,” advising commenters on her page to do the same, since “it wasn’t [them] who passed.” She has also stated that she has not been arrested, nor have any of the other girls.

SHAREAdmit it: The future may be vague, but you haven’t quit listing down...

From cutting the body open to applying makeup: This is what an embalmer exactly does

SHAREThe process of embalming begins with a touch. Hidden behind a pair of...

Changing The Game At This Year’s Scout Creative Talks