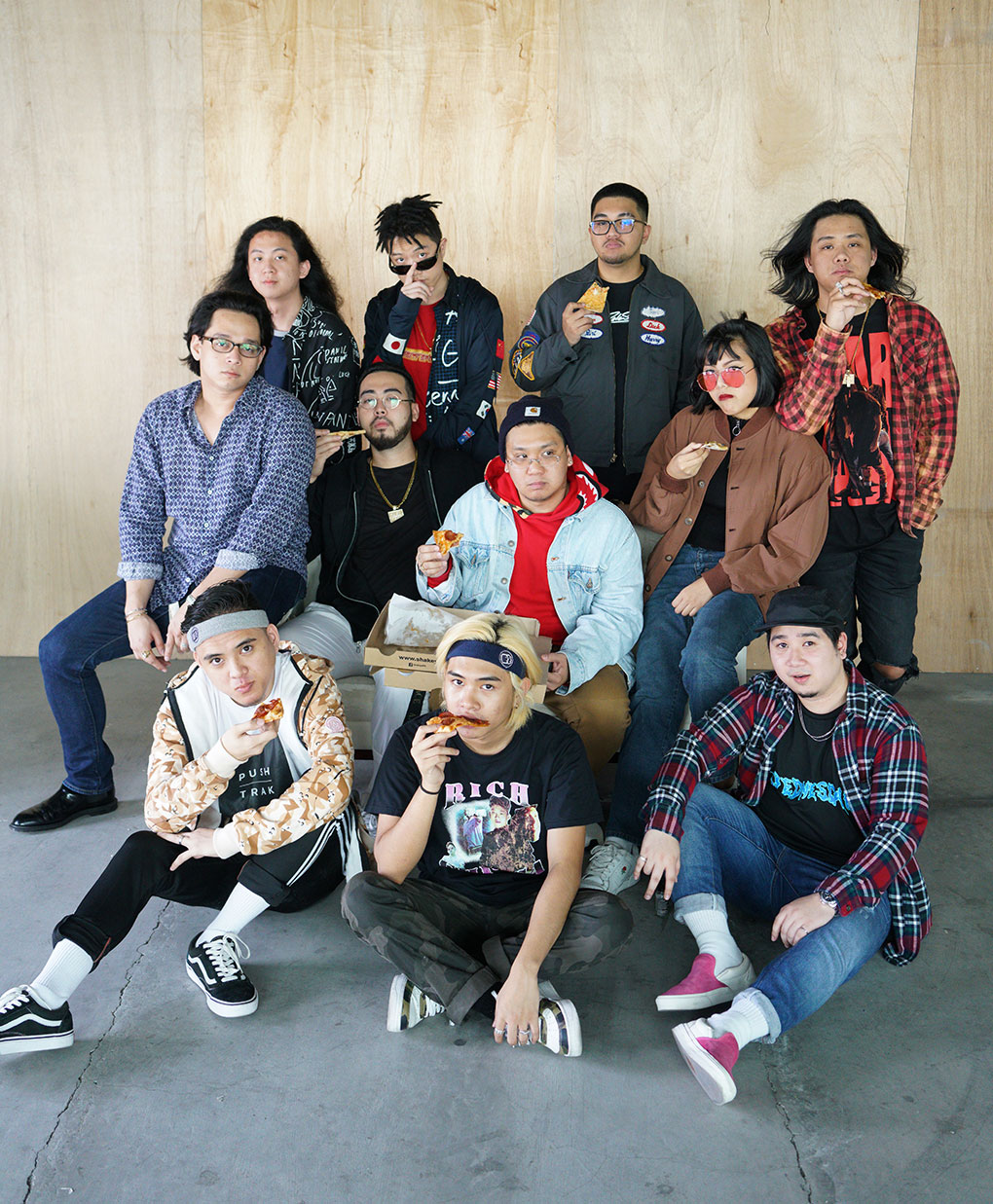 The Asian wave of trap music—made popular by Keith Ape’s It G Ma” and kept afloat by the likes of media outfit 88rising—finds its parallels in this record label founded by Blvck Lauren last year. The hallmarks are there: streetwear pieces meet rattling hi-hats and catchy hooks to show off the perennial hip-hop flex. Look around you. This is where pop culture has arrived, with hip-hop permeating all ends of our every day. It was only a matter of time before we had our own local representation, people we can refer to when we say “local trap music.”

That doesn’t mean to say PUSHTRAK is just a dig at what’s popular today. “If you look around we have heavy trap, we have vibes, but we’re also going to lo-fi pop, and disco,” says creative director 35VSNRY. The influences of Kanye West and Pharrell (Blvck Lauren’s idols) are there of course, but PUSHTRAK’s appeal is its impressive and diverse roster of members: music producers, rappers, graphic designers, and fashion designers form this tight-knit family.  “Music is our forefront but it’s also about culture and the lifestyle,” Blvck Lauren says.

At its core, PUSHTRAK represents a new wave of creatives chasing success without compromising their vision. They know what they’re good at and they make the most out of it. In short, they hustle.