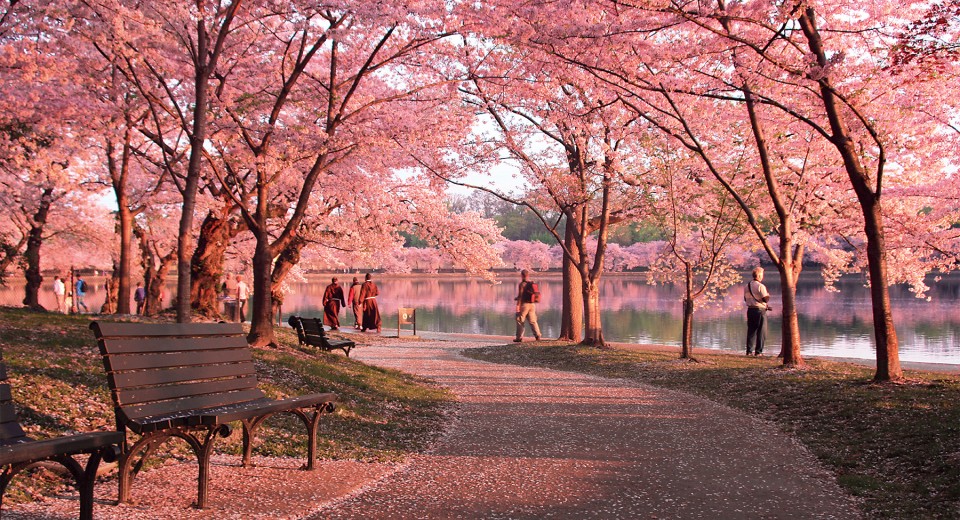 Japan is a country of robust technological advancement, with some of its greatest historical landmarks still standing. But if you’re planning a trip to the Land of the Rising Sun (like most people seem to be doing nowadays), witnessing cherry blossoms in full bloom should definitely be priority number one. Revering it as a sight to behold, the national flower of Japan is more than just a spectacle for tourists and locals but a cultural icon.

And soon, the Philippines will be having its very first sakura or cherry blossom park in Benguet.

As reported by CNN Philippines, officials from Atok, Benguet, the Kochi prefecture and the Japanese embassy have planted over 30 cherry blossoms and various trees imported from Japan last June 6. This is to celebrate 40 years of friendship between the Kochi prefecture of Japan and the province of Benguet.

Back in November 2015, more than a hundred cherry blossoms were already planted, but few survived due to being the wrong time of year as said by Japanese botanist, Kiyuharu Yamamoto. In Japan, cherry blossoms bloom for only a week long in between the months of late March to mid-May. As a result, the cherry blossoms were planted in a mountaintop park 2,000 meters above sea level in Benguet at the start of the rainy season.

The cherry blossom trees will be distributed in other nature parks in Benguet which includes Mt. Timbac and Mt. Pulag and will be opened to campers. CNN Philippines also reports that the trees are expected to bloom after three years.

According to the Philippine Information Agency in Cordillera, the Department of Tourism (DOT) and the Department of Environmental and Natural Resources are in support of the project not only for the preservation of the environment but to promote the site as an ideal tourist destination as well.

Filipinos can now get the chance to see and experience a part of Japan’s culture in the most economical way possible. (And finally get their fill of totally awesome pink-tinged cherry blossom photos for their Instagram/Facebook feeds.)

SHAREHolding hands is the most basic display of public affection, but it remains...