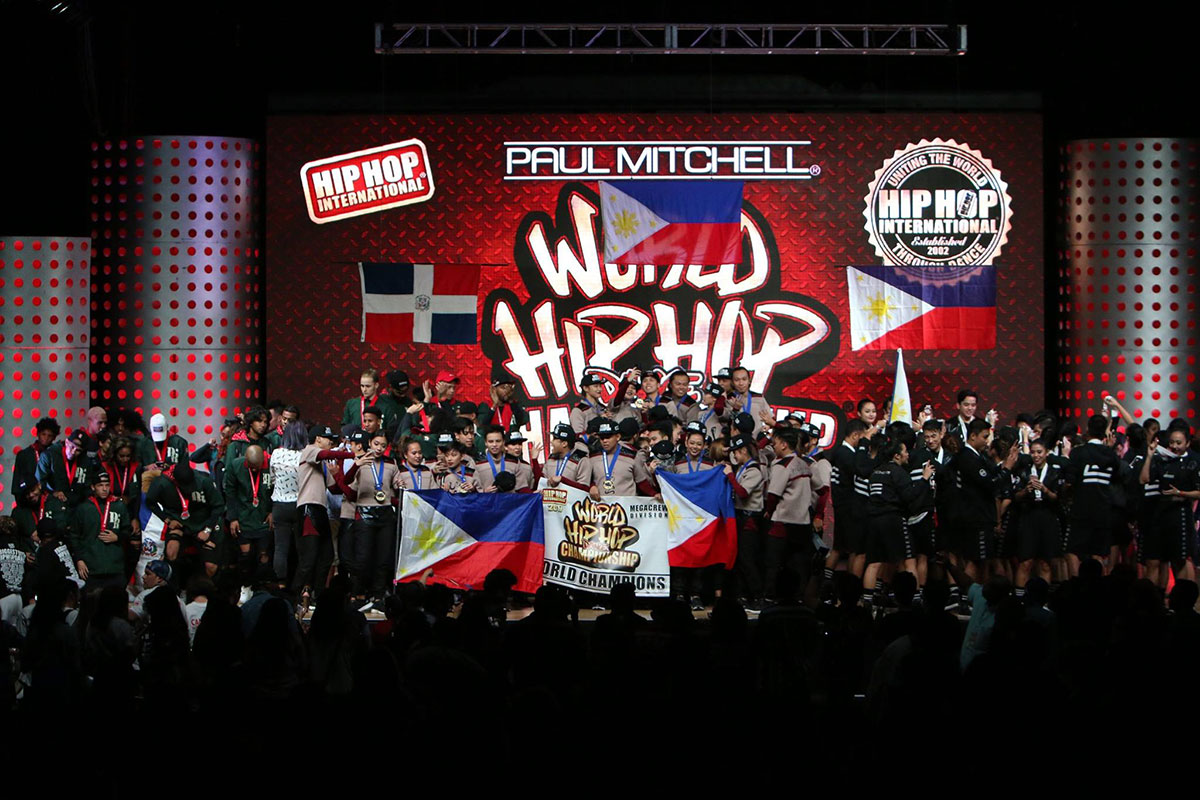 The Philippine flag was waved proudly once again as UPeepz, one of the country’s delegates, was declared back-to-back champions at the recently concluded World Hip Hop Dance Championship this year. The competition to determine the world’s best hip hop dancers was held at Phoenix, Arizona and the results for the final round were announced last Sunday, Manila time. The group won top spot in the megacrew division with a score of 8.33. They are followed by Da’ Republik from Dominican Republic with a score of 8.08 and another PH delegate, Legit Status, placing third with a score of 7.99.

IN FIRST PLACE IN THE MEGACREW DIVISION
UPeepz – Philippines pic.twitter.com/JMCQcWQlsb

Other teams who represented the Philippines also bagged notable places like The Alliance, who ranked 5th in the megacrew division. Lil Peepz placed 7th in the junior division, Kingsmen and Legit Status at 7th and 8th place respectively for the varsity division.

UPeepz also claimed a podium finish last year, and this is their second year as champions of hip-hop dance all over the world.

SHAREHave you seen a baby bus? If you haven’t, then a quick trip...