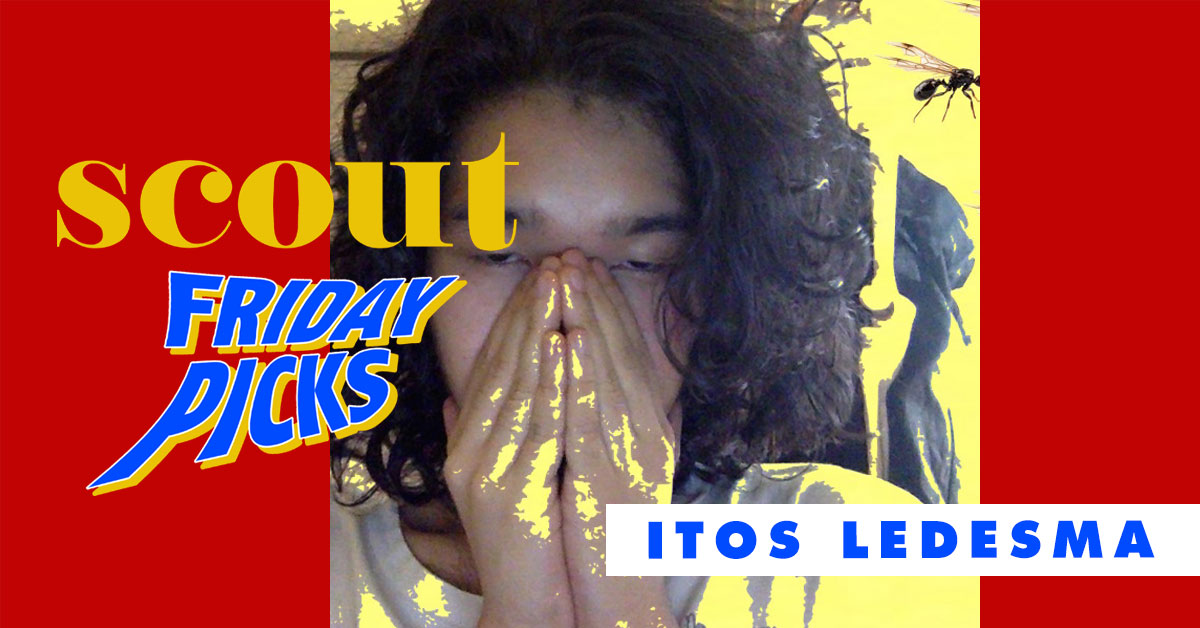 Best known for being the frontman of four-piece grunge band Yūrei, Itos Ledesma is what you might consider a polyglot of art. A writer, musician, and artist, the Idioterne Inc. and WSK member has always been unafraid to blur the lines between art and music. Currently working on the follow up album to Random Schizoid Godhead Generator that’s rumored to be the band’s last, we picked his brain about his latest listens and he gave us a series of songs under the theme: reconfigured imaginary anatomy, which happens to be aligned with his ongoing debut art exhibit with Lesley-Anne Cao at 98B COLLABoratory.

When asked why the obscure theme Itos explained, “Because of my warped relationship with my own body and the body of others, as well as the fascination with it. Instead of working towards a vague, obscurantist mysticism, I opt to focus on the physicality of music—the transmission of vibrations from one body to another.”

“The immediately apparent chasm, the mouth. A violent turn of breath.”

“The small intestine, a labyrinth that moves aimlessly.”

“How wonderful would it be to write a history of laughter, the affirmation of an excess of breath. The lungs refuse to collapse.”

“The skin, the blank film that envelops the body, a mesh of innumerable tissues drawn from countless centers of dust.”

“Sound displaces particles in the atmosphere.”

Burial Hex — “The Most Foolish Son Is Always The Oldest One”

“The most part most often overlooked is the shadow, the reflection, the double.”

“LANGUAGE IS A VIRUS.”

“The reconfigured larynx; the most sophisticated sampler is the voice.”

“My hands are tired.”

It’s a far cry from the sleek, minimalist logo we’re used to

Your newest A24 star? Hoyeon Jung of ‘Squid Game’