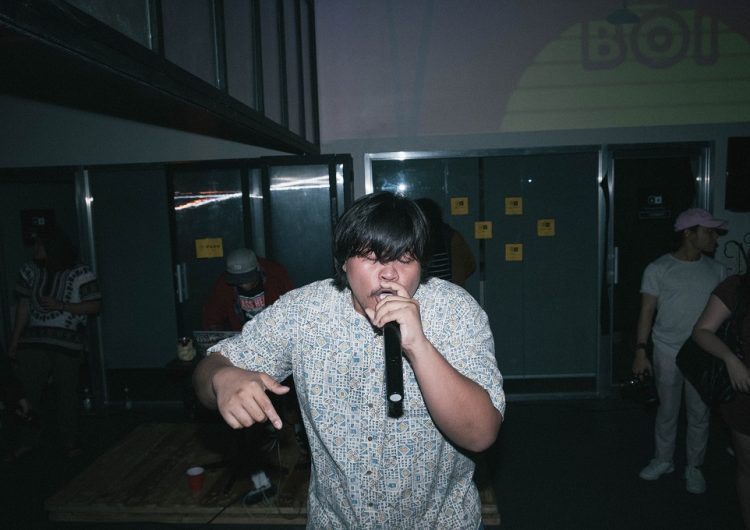 Calix a.k.a. Renato Panfilo Calixto of NOFACE RECORD$’ first came into the rap scene early last year with his debut track “Intro.” Spitting rhymes of wrath towards some of the Philippines’ most corrupt political families, he went on unleashing more songs that later were compiled to make his debut album Breakout Satirist. Now amidst tour for his sophomore album The Lesser Of Your Greater Friends that will end on Oct. 6 at Mow’s for the official launch gig, he sits down with us for a quick chat a day before his anti-Ferdinand Marcos pre-birthday gig tomorrow at Tomato Kick Morato.

As he gives us six songs, under the theme “resistance” he quips, “These are actually some of the songs that influenced me to write The Lesser Of Your Greater Friends; songs about the reality of how TV is lying to you, songs about how people without the luxury of security see the world differently than those who do, songs about how complacency only promotes further violence and so on.”

Thursday – War All The Time

“Sobrang nag resonate sakin tong kantang ito lalo na nung kabataan ko. It talks about the loss of innocence; the corruption of youth. It’s a call out song to the generation before us who tags us as misfits when in fact sila yung nag manufacture ng suffering natin. It’s a plea to protect our freedom.”

“Maraming iteration na tong kantang to but the original had it down. Fuck fascism. And never stop ridiculing people who promote and perpetrate it. Wala ng lugar ang pasismo sa modernong mundo.”

“It’s a song written in the perspective of innocent victims of the nuclear war, in particular the victims of America’s nuclear attack on Hiroshima and Nagasaki. A perfect example how power disregards the little man.”

The uncanny, the mysterious, and the campy meet in between the pines and...