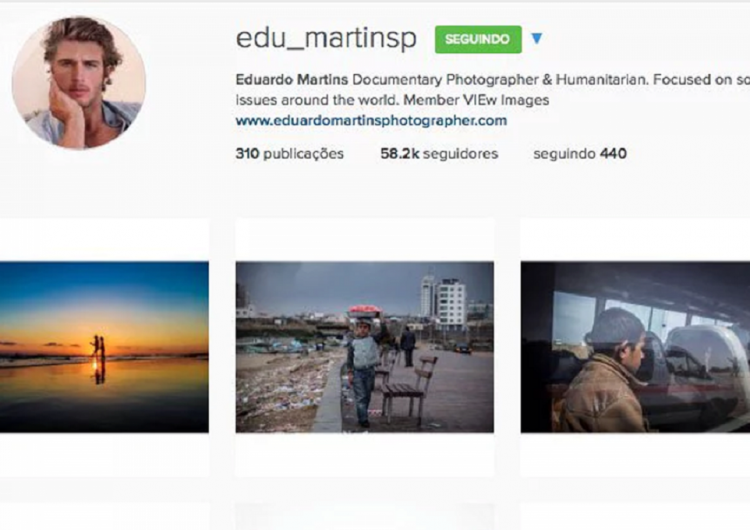 We’re all well aware of the ongoing battle of fake news in media, but here’s one case of fake news that no one saw coming. Not even Wall Street Journal, Vice, The New York Times, Le Monde, The Telegraph, or BBC Brasil, who’s all been fooled by the 32-year old Brazilian documentary photographer Eduardo Martins. One might even say he’s the biggest troll out there.

“Eduardo Martins” as he had everyone fooled is a surfer slash conflict photographer, humanitarian for the United Nations, and a child abuse and leukaemia survivor. He’s claimed to have travelled to dangerous war zones like Gaza, Syria, and Iraq, in which his photos were published in aforementioned international-known news outlets and distributed by photo agencies like NurPhoto and Getty Images.

He’s grossed over 120,000 followers on his now-deleted Instagram profile, and nabbed numerous interviews through the course of a year, including an in-depth profile with Recount Magazine. He had everyone fooled, that is until BBC reporter Natasha Ribeiro started poking around. Ribeiro after investigating found that no one in the tight-knit community of conflict journalists knew him, nor met him. The U.N. also had no records of anyone with the name working for them. Soon, it became known that this “Eduardo Martins” was a fraud and may not even exist.

Since then he’s deleted his online accounts and exited with one last WhatsApp message from a deactivated number:

“I’m in Australia, I’ve made the decision to spend a year in a van. I’ll delete everything online, including internet. I want to be in peace, we’ll see each other when I get back. For anything, write me at [email protected]. A big hug. Thanks, I’ll delete the zap here, God be with you. A hug.”

So, we’re here asking how did he do it? Here’s how:

He created a fake identity, stealing old images of a British surfer: Max Hepworth-Povey, that date up to 5 years ago and photoshopped him into pictures of war zones. He followed it with an online persona by creating a Whatsapp, Skype, Instagram, and Facebook account under that fake identity.

Once his fake identity was created, he used these accounts to get in touch with esteemed news sites, keeping all conversations on text, concealing his true identity. When a video or call interview was requested via Skype, he would shortly cut the line excusing it for “connectivity issues.” It is said that he even had six girlfriends (who also have never met him), who contacted news sites for him.

He stole images from professional photographers like American conflict photographer Daniel C. Britt and edited them in ways, so that it would be untraceable by plagiarism software scans. One way he edited them, is by inverting the image.