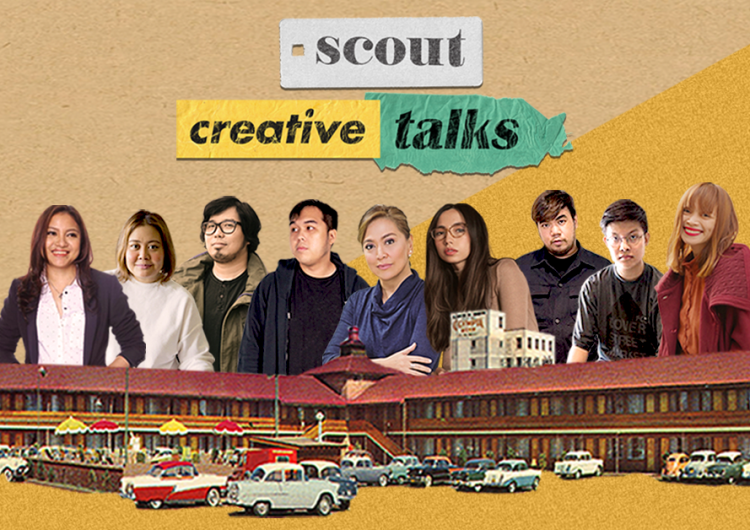 Due to the constant escalation of the influences of social media, many are exposed to many different art forms—photography, film, music, and branding, to name some. Scout Creative Talks will be your opportunity to hear from professionals in many creative fields who will share their expertise to willing participants. With the objective of giving attendees the chance to participate in a series of dialogues regarding the many creative industries, the solid line-up of speakers will reward them with the newfound knowledge they’ll need in the future.

Get to know the speakers

If you’re a broke college student just trying to find some creative inspiration from these speakers, then we’ve got you covered with our student priced tickets of P300 only (available through over the counter purchases and must present a valid student ID).

Not a student but still broke? Then you can avail of our early bird promo tickets worth P400 only until September 15.

Get your tickets and any SM Tickets outlet nationwide or at smtickets.com.

Remember, there are LIMITED SLOTS ONLY, so get your tickets now!

What to be excited about?

Aside from the electrifying and inspiring roster of speakers we’ve got ready for you, there is a whole lot more to look forward to. With the purchase of a ticket, you will be given a Scout Creative Talk kit filled with exciting goodies (buy a ticket so you can find out what they are!). And finally, you will be given access to an exclusive after party wherein you can talk more personally to the speakers if you’ve got any lingering questions.

Stay tuned for more details on the event and we will definitely see you there!

SHAREIn case anyone needs to hear it again, not all Korean dramas dwell...