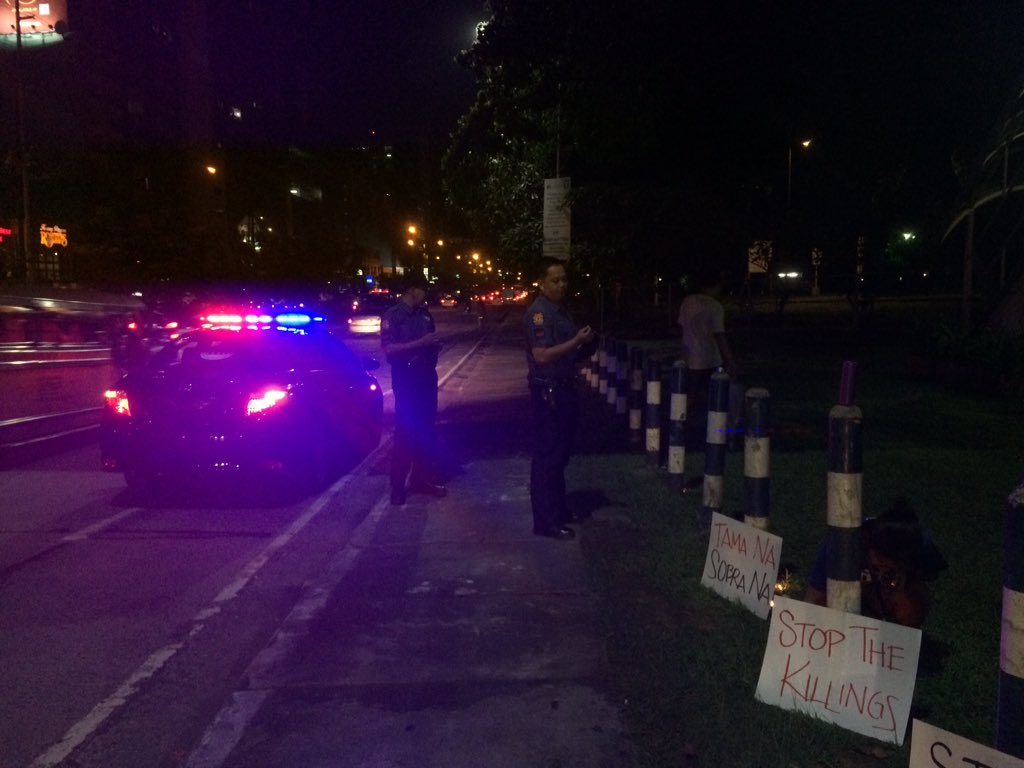 Last night, Aug. 24, a black QCPD cruiser with no license plate visited a group of demonstrators at Gate 2.5 of Ateneo de Manila University,

According to The GUIDON, the cruiser parked near the demonstration, where two men in police uniforms exited the vehicle and stood. When a female Ateneo staff member approached the two men to ask about their presence, they replied with another question, NOLISOLI.PH reports. “Ano bang pinaglalaban ninyo?”

The gathering was an alumni-organized anti-EJK protest happening in school grounds that included a noise barrage followed by a moment of silence at exactly 8:24 p.m. — the time teenager Kian delos Santos was recorded to be slain. The protestors were concluding the demonstration when the police cruiser arrived.

At 8:24, the rallyists have a moment of silence for Kian Delos Santos and all victims of EJK and the war on drugs. pic.twitter.com/LMKcCa85lH

The men also asked for the names of the organizers and the leaders of the demonstration. The 40-50 demonstrators left shortly after, and the police cruiser stayed until approximately 9 p.m.

A photo of the spot report also surfaced on social media:

QCPD director CSupt Eleazar had this message to say regarding the incident:

“Ang presence namin doon is SOP. We have all the reasons na dapat kami nandiyan sa lugar na yan. . .Nothing to worry. We’ll be there to protect you.” 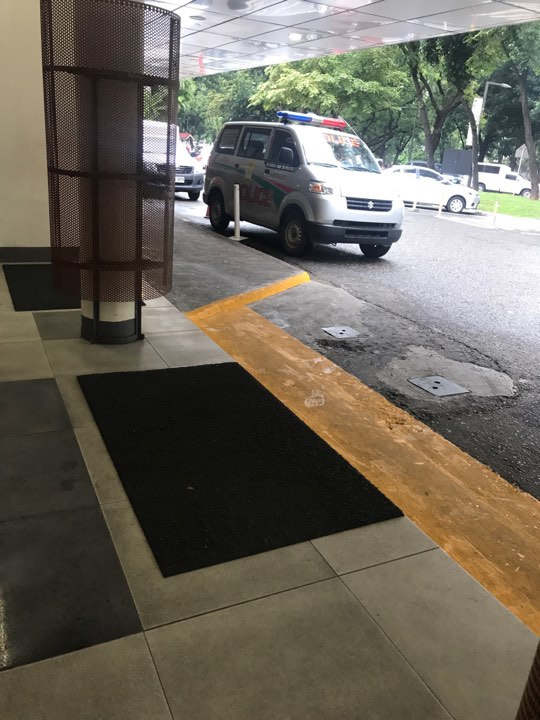 The university administration as well as university’s student government have yet to release a statement.

The anti-EJK rallies are said to continue on a weekly basis.

UPDATE: Jose Villarin, SJ, President published a letter on Facebook addressed towards the Ateneo de Manila community last August 25. He confirmed that a dialogue between the QCPD and the Ateneo Campus Security and Mobility Office (CSMO) had happened earlier that day. “As far as the QCPD is concerned, the police shall comply with keeping appropriate distance from the site of assembly held in Ateneo grounds; they will remove their firearms if and when they need to approach to ensure crowd safety; and they will remind their people to maintain good public relations with the community,” he writes.

Photos by The GUIDON

Yes, the ‘Bi-Derman’ headcanon still lives in our minds rent-free