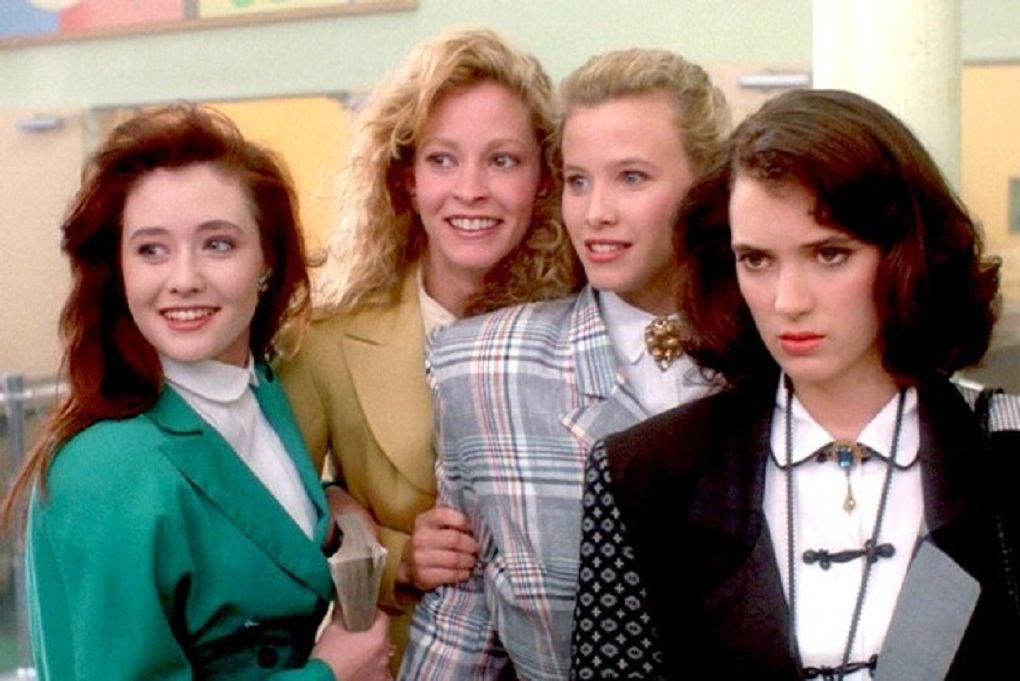 Over the long weekend, at the 2017 MTV Video Music Awards, Viacom’s recently rebranded and renamed cable network, Paramount Network (formerly known as Spike TV), premiered the trailer to their TV adaptation of John Walters’ 1988 cult classic film Heathers. Set to air early in 2018, the 10-episode reboot is ditching more than the ‘80s fashion that Winona Ryder and Christian Slater rocked as anti-heroes Veronica Sawyer and Jason “J.D.” Dean, who accidentally kill the ringleader of Westerburg High School’s “mean girls” the Heathers and masks it as suicide.

Breathing new life to the two rebels are Grace Victoria Cox and James Scully. And their three antagonists: Melanie Field as Heather Chandler, Jasmine Mathews as Heather McNamara, and Brendan Scannell as Heather Duke. In the new series, the characters have been given a major makeover as they bring the ‘80s film to the Millenium. The formerly prim and proper Heathers have given up their perfect hair and cute blazers for fur, fishnets, and leather. In this version, Heather McNamara is a black lesbian, whereas Heather Duke is a gender queer male, and Heather Fields, the reigning queen is not your average popular girl; she flaunts a short boy cut and is on the thicker side. You could almost say that the “rebel” status has been flipped over.

There is one thing they’ve decided to keep for this though. Shannon Doherty who originally played Header Duke is coming back to play an unidentified important role.

Photo from Heathers (1988) by John Walters

Your totes could never