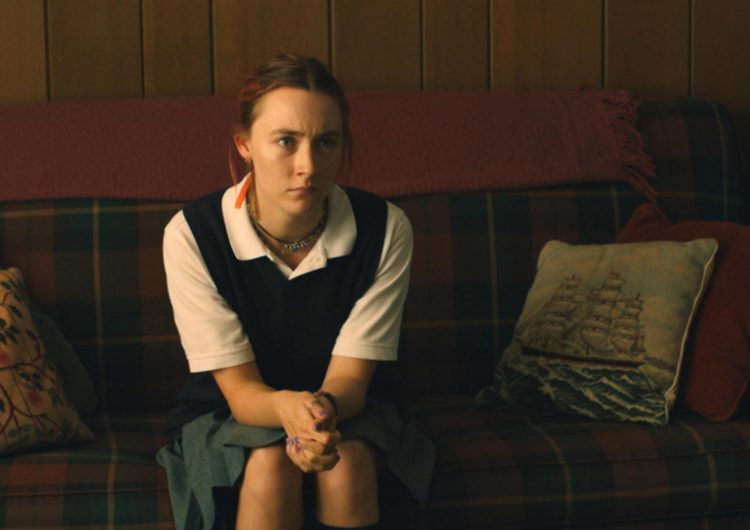 Netizens have been buzzing on social media recently about the new Lady Bird trailer, a preview for Greta Gerwig’s (best known for Frances Ha) directorial debut film. It’s already gotten rave reviews from early critics and is set for a North American release this November. Lady Bird stars two-time Oscar nominee Saoirse Ronan and she’s no doubt going to kill it in this cute and quirky movie.

While everyone’s pretty excited to watch it, best to keep yourself hyped and preoccupied and check out the movies that rose actress Saoirse into fame. We got critically acclaimed movies, fun movies, sad ones–there’s something for whatever you’re looking for. Check them here:

This wasn’t only one of Saoirse’s first movies, but also the film that got her her first Academy Award nomination for Best Supporting Actress. She was 13 years old at the time, making her one of the youngest people to have a nomination. In Atonement, Saoirse plays the younger version of a novelist who makes a controversial decision that stirs family chaos amid times of war. Atonement also stars James McAvoy and Keira Knightley as the lead characters.

And who could forget The Lovely Bones’ endearing protagonist Susie Salmon? Yeah, like the fish. This movie is an adaptation of the best-selling novel about a murdered teenager who watches her loved ones from the afterlife. While The Lovely Bones itself did not get critical acclaim as a film, Saoirse was still praised for her performance as Susie. And it’s still a tear-jerking, emotional watch if you ignore some technical details. Stanley Tucci, who plays Susie’s murderer, also gives a compelling and terrifying portrayal.

Saoirse teams up with director Joe Wright again (whom she’s worked with in Atonement) action adventure film. Hanna is testament that Saoirse can’t be boxed into certain roles–she can play a complex bad ass if she wants to. She plays the titular role in this movie, a girl raised in the wild to become an assassin. Hanna also has a great soundtrack scored by The Chemical Brothers and stars Eric Bana and Cate Blanchett.

Though her role wasn’t a big one here, The Grand Budapest Hotel is one of the best on Saoirse’s roster of movies. After all, it’s a great privilege for an actor to be working with the King of Visual Aesthetics, Wes Anderson. In The Grand Budapest Hotel, Saoirse is Agatha, a good-natured baker whom protagonist lobby boy Zero falls in love with. It’s one of Wes Anderson’s best pieces and any fan would be missing out if they haven’t watched it.

Brooklyn earned Saoirse her second Academy Award nomination, and this time for the category of Best Actress (the film was also nominated for Best Picture). It isn’t difficult to see why. Saoirse puts on a beautiful performance as Eilis, an Irish girl who immigrated to Brooklyn, New York and builds a life in a strange new place, while falling in love, of course. The movie explores the concept of home and does so brilliantly with Saoirse and her co-stars Emory Cohen and Domhnall Gleeson.

SHAREAfter six years of teasing and conspiracy theories, the band that impacted mid-00s...