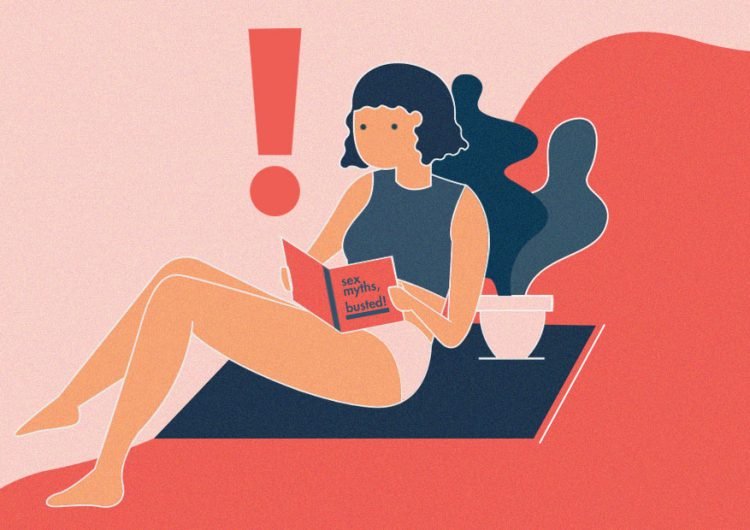 When I first wrote for this column, I waxed nostalgic about all the sex education I didn’t get from the influential people and institutions in my life. It left this big gaping hole that was all too ready to be filled by old wives’ tales and anecdotal advice from drunk titos. In this episode of The Big O, I’m taking down some of the worst misconceptions we’ve all heard, at one point or another, in our quest for sexual knowledge.

Myth: You can get HIV through kissing.

It can also be transmitted from mother to child during birth or breastfeeding, by receiving transfusions with HIV-infected blood, and contact between broken skin or wounds. So while it is theoretically possible to get HIV by making out with someone, you’d both need to have  open sores or bleeding gums. Even then, the risk of you getting infected are very, very low.

The short answer is: if the penis goes into the vagina, there is always a chance of pregnancy. The only tried and tested ways to avoid pregnancy are through contraceptives or abstinence. The guy doesn’t even have to orgasm – precum can contain sperm. You can definitely get pregnant during your first penetrative sexual encounter. Being on top, while very fun, doesn’t eliminate the risk, either. If a guy jizzes in the hot tub you’re sharing, you can’t get pregnant; unless of course he jizzed inside you. And yes, you still need to wear a condom during period sex.

It just takes one sperm – and those guys are bred to be fighters. So fuck with caution.

Myth: Having a lot of sex makes your vagina loose.

Vaginas are amazing, really. They’re extremely elastic and resilient. It’s basically Mary Poppins’ bag down there – it can stretch out to fit penises and toys of all sizes, without permanently changing its original state. Vaginal tightness is mostly determined by genetics, whether you’ve given birth, and your age. Tight isn’t always a good thing either – it can be a sign that she’s not aroused or lubricated enough.

Myth: Women should bleed the first time having sex, if they’re a virgin.

While some women may bleed the first time they have vaginal sex, it literally means squat about whether or not they are a virgin. The hymen, long the symbol of virginity, is actually just tissue filled with blood vessels that covers the vaginal opening. This can wear down over time, or break because of non-sexual activities like riding a bike or using a tampon. Women can be born without a hymen, and some women can have sex for the first time while keeping it intact.

We need to stop limiting sex to just intercourse, not just because we’re pushing heteronormative standards on everyone, but also because it’s just so damn boring.

Virginity should only be important if it’s important to you. There’s nothing wrong with staying a virgin, and there’s also nothing wrong with deciding, “Well, fuck it,” literally and figuratively. Virginity is a social construct, which means that the whole concept and the value we place on it isn’t inherently natural to us, but is something imposed by society. There isn’t even a physical, tangible way for anyone – no, not even your doctor – to tell if you’re a virgin or not.

Our notion of virginity is tied to outdated and sexist ideas of women as other men’s property, which brings us to our last myth….

Myth: Having a lot of sex makes you a slut and lessens your worth.

Sex is a perfectly enjoyable activity for everyone, yet women are the only ones subjected to degrading labels when we do engage in it. Your value as a person isn’t tied to how much sex you’ve had, or even the kind of sex you’re having. As long as you’re fucking safely and ethically, what you do in the bedroom (or the living room, or the car) is no one’s damn business.

SHAREBy Pauline Nacar Image: M Magazine The fact that Disney is coming out...

SHAREby the Scout team What a week. While we’re busy producing our next...