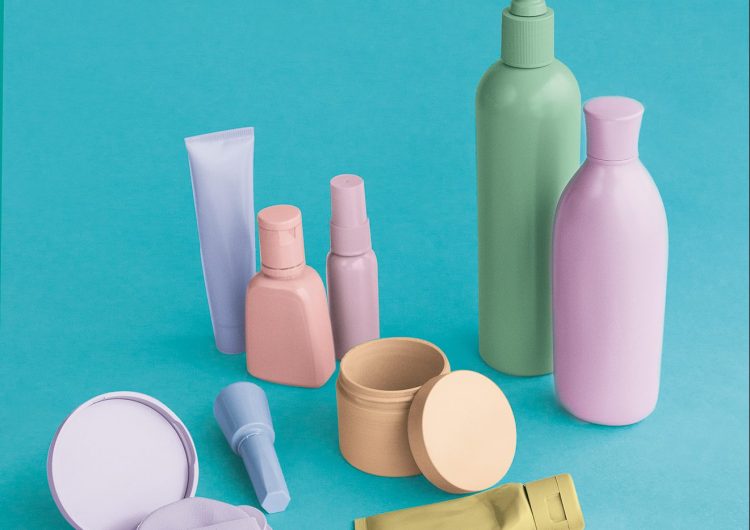 I was thirteen when I first got called out for my then burgeoning love of makeup. In a nun-run, all-girls high school, it was absolutely prohibited to be in pustura, as the teachers would say. God forbid they find your stash of cheek tint and round little jars of flavored Body Shop lip balm (all the rage back then!) in your locker. In the seventh-grade teacher’s office I found myself getting scolded over curling my lashes and—gasp!—mascara, as my friend beside me was reluctantly swabbing away the remains of her watermelon-pink summer manicure under watch of authorities.

I understood, eventually, the whole value of simplicity as I grew up. But when my no makeup makeup was found out for the hundredth time as a tween, I succumbed to handing over my mascara across the teacher’s desk. A little heartbreak began, one that I had to nurse until I graduated senior year. I constantly questioned, if supposedly forbidden items like blush made my anemic face look at least alive in ID photos, why is it so bad to care about how I look?

I constantly questioned, if supposedly forbidden items like blush made my anemic face look at least alive in ID photos, why is it so bad to care about how I look?

But as they say, rules were meant to be broken. I kept on with gussying up, and having friends similarly interested in makeup made it a whole lot more enjoyable. In a flurry of plaid skirts, we would all together sneak into the abandoned boys’ bathroom, sepulchral and cold as it was never used, unzip our makeup bags into the sink, and all five (or six or seven or eight) of us would squeeze in front of the single mirror, sharing lipstick and reaching for somebody’s blush, comparing mascaras.

All of a sudden everything became joint property. Our drugstore loot, all a teenager ever had access to back then, bonded us like some modern pact, except that we blended eyeshadow, instead of, um, blood. Appraising ourselves in front of the mirror, seeing ourselves and each other look better with ruddier cheeks or brighter eyes made us feel better—acne and eye bags notwithstanding. It made us, in the cliché teen flick sort of way, sisters.

We’d slip out of the bathroom as sneakily as we went in, and as we stole back into our seats just in time before study period ended, a classmate would remind us: Uh, that’s not allowed. And just like that, the little bubble of our world would burst, and we would be back where there was a not-unspoken law that raised its eyebrow at us when we would spend more than 10 minutes in front of a looking glass. We could only sigh at the rules but in our silly heads had no idea yet why they were there in the first place.

Those rules make it easy to say it’s only vanity. It’s easy to say “You look low-maintenance without it,” like one person had a hand in whatever maintenance another person commits to. In unguarded moments, we ourselves drop the comment “She wears too much makeup!” so easily. The question begs to be answered, too: how much is too much anyway? It was also easy for someone on the Internet to make that meme out of a makeup artist’s before and after photos and caption it “This is why you take her swimming to a first date,” giving makeup an even worse rep as something used for deception. What’s surprisingly difficult to say, ironically, is if someone is actually wearing any, unless you’re into makeup too or it’s obviously and/or badly done. Half the time, when most girls are told “You look good natural,” they merely giggle a tiny “Thanks,” but know in their perfumed, lotioned souls that they took two hours that morning to make themselves look like they just got out of bed, instead of sleeping in two extra hours before actually getting out of bed. What’s wrong with responding with a proud and honest “Yes! It took effort”?

Once upon a time, women wore makeup to actually look like they do have makeup. Subtlety was not a thing for the ladies of the eighties, even the men, when everybody’s contouring game was seriously ace. Girls of the ‘40s perfected the allure of the rouge. My best friend’s grandma once blessed us with stories of back in the day, saying that lipstick wasn’t lipstick if it wasn’t red. Queen Elizabeth wore her “mask of youth” with pride even if it was conspicuously shades lighter than the rest of her body (not that she would let slip a peek of an ankle—scandalous!).

And if we’re getting historical about it, the Egyptians wore eyeliner not just to look great in their gilded murals for centuries to come, but in the belief that it would protect them from evil. The thicker, the better! Science has taken us from deadly lead-infused foundations to skincare-makeup hybrids and magic little tools, so why then do we take pains only to look like we didn’t actually use them? Why, then are a hundred thousand Instagram posts hashtagged #NoFilter #NoMakeup and yet, clearly are?

I love makeup. I wear it everyday. It’s the whole process that has a girl besotted, almost like a ritual. Most people don’t know it takes 45 minutes not because a girl layers on sheets of powder but because in the course, she’ll put music on, she’ll make herself a drink, or she’s on a thread with her friends—that is, if they’re not already together. Most girls are also probably aware that everything that they place must also come off, but still go through the routine anyway.

Since you’ve already been through an hour or two, you better be proud of whatever you’ve come up with—whether you’re in tinted moisturized in da club or full-on smoke at the supermarket. When annoying questions come up, like, “Who are you getting cute for?”, be honest: you’re doing your thing not for anybody else but yourself. (Though sure, sometimes, for that job interview.) And, just in case, do load up your arsenal of feisty comebacks to “You wear too much makeup,” to which your sassy response could be, “You just don’t wear enough.” Snap, snap.

SHARE[Trigger warning: This article talks about sexual harassment and rape] As much as...