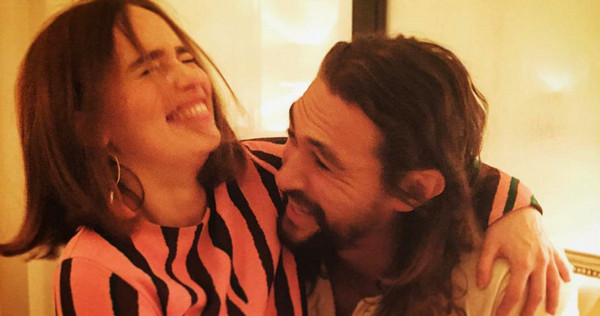 By Katrina Tiu
Photos from Jason Momoa on Instagram

[Spoilers ahead for those who haven’t watched Game of Thrones]

Five years after Khal Drogo’s heartbreaking demise in the first season, Jason Momoa, who portrayed Emilia Clarke’s Dothraki onscreen husband, never fails to bring back the fire that only he and the mother of dragons could ever have.

Emilia and Jason kept a close friendship since meeting on the Game of Thrones set, apparent in first season press conferences wherein they’d affectionately embrace and call each other by their Dothraki pet names—“my sun and stars” and “moon of my life.” Check out their adorable hug at 09:19 of the video.

Just last year, long after his Drogo character was burned in a pyre, Jason decided to surprise his Khaleesi by randomly jumping onstage during the GoT panel for the 2015 San Diego Comic Con. A surprised Emilia got a kiss from her former TV husband before he shouted to the audience, “I’m not dead, George!” Emilia then cried out “my sun and stars” shortly after Jason left.

Season 6 is definitely coming to be Daenerys’ season, with almost every episode jam packed with epic scenes of the dragon queen and her not-so-gentle art of badassery. And of course, true to his nature, Jason tuned in to every episode to watch and support his ‘boo.’

Here’s what he had to say from season 5’s Drogon rescue mission. 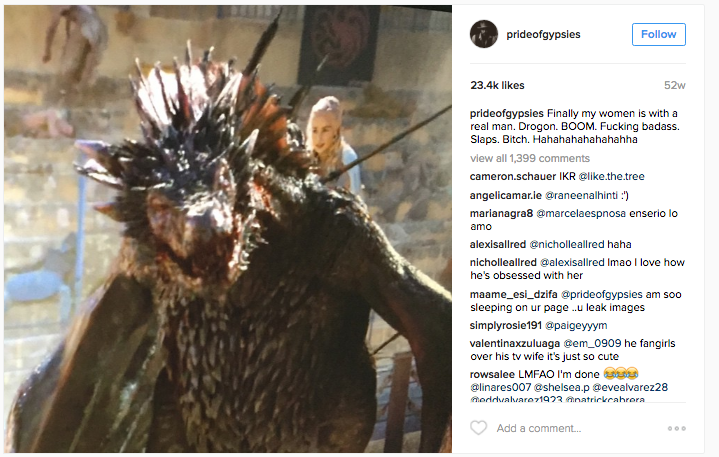 Jason also recently posted these pictures on Instagram after Dany gave an empowering speech to her newly-reclaimed Dothraki army. 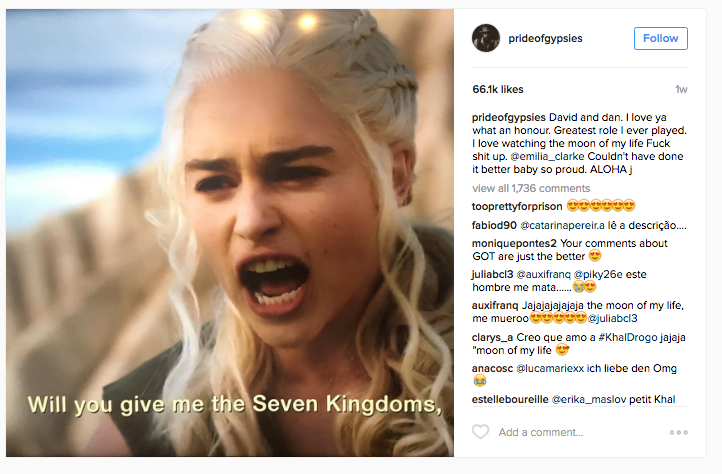 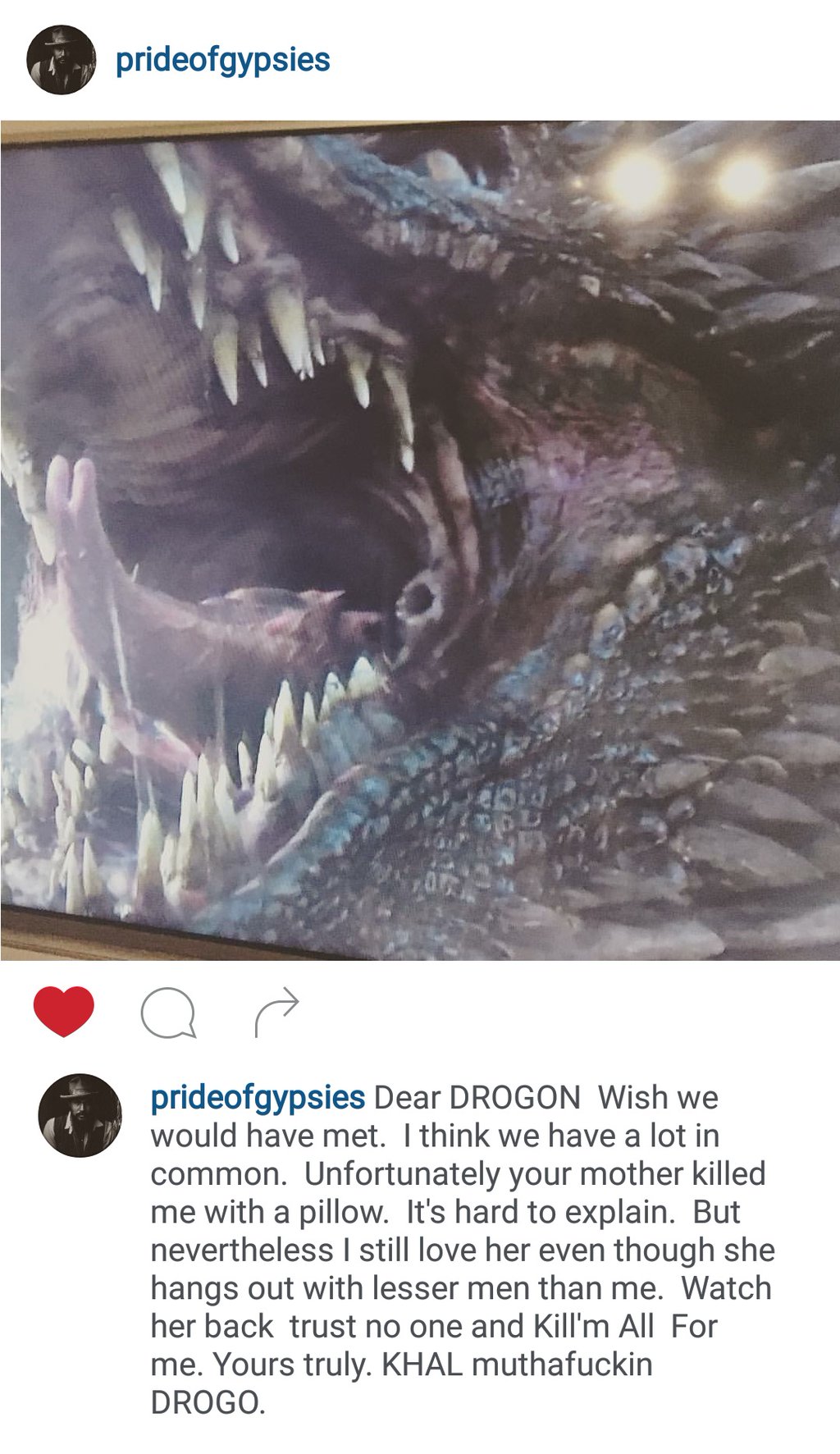 And who can forget his reaction to Dany’s second baptism by fire? 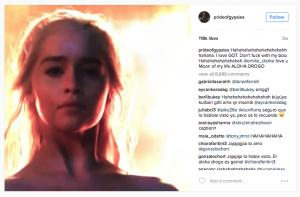 Social media also went crazy back then when the couple were reunited during last year’s Paris Fashion week. The two hammed it up for the camera and it looks like they’ve still got their spark 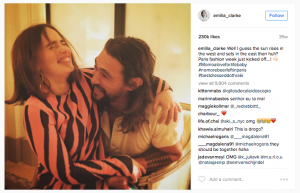 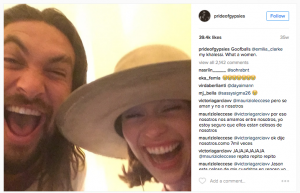 Jason even had couple of shots dedicated to Emilia during this event. 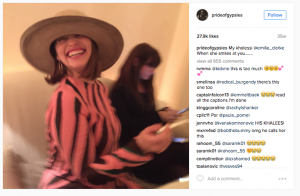 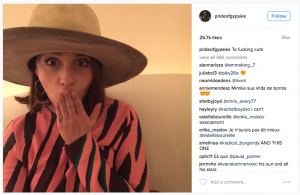 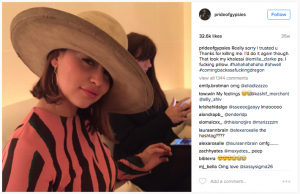 Here’s a something keep the hype going—along with Jason’s live grams were captions that said, “D&D see you in Ireland.” Ireland is where a huge majority of the show’s scenes are being filmed and fans speculate that Drogo will be making a return in the next season. Although these may be just rumors, fans of the show can’t wait to see these two reunited again.