The one thing we love about the Scout Campus Tours is that we get to invite some of the coolest homegrown budding musicians to perform live for us. Like in March, for the year’s first stop, we got to see post-rock trio Hollowburn from UP Music Circle at UP, and in May, J Level and Northern Man at CSB. Next, we went to Ateneo in October where Ateneo Musicians Pool talents lui., The Clamshell Boxes, and Ashley’s Kryptonite played at, before we hit up our fourth and last leg of the year: UST last Monday, where punk trio Luncheon and pop rock band The Cohens killed it.

So far, you’ve already met the bands at CSB, but have you heard of these acts from Ateneo’s very own music org Ateneo Musicians Pool (AMP)? 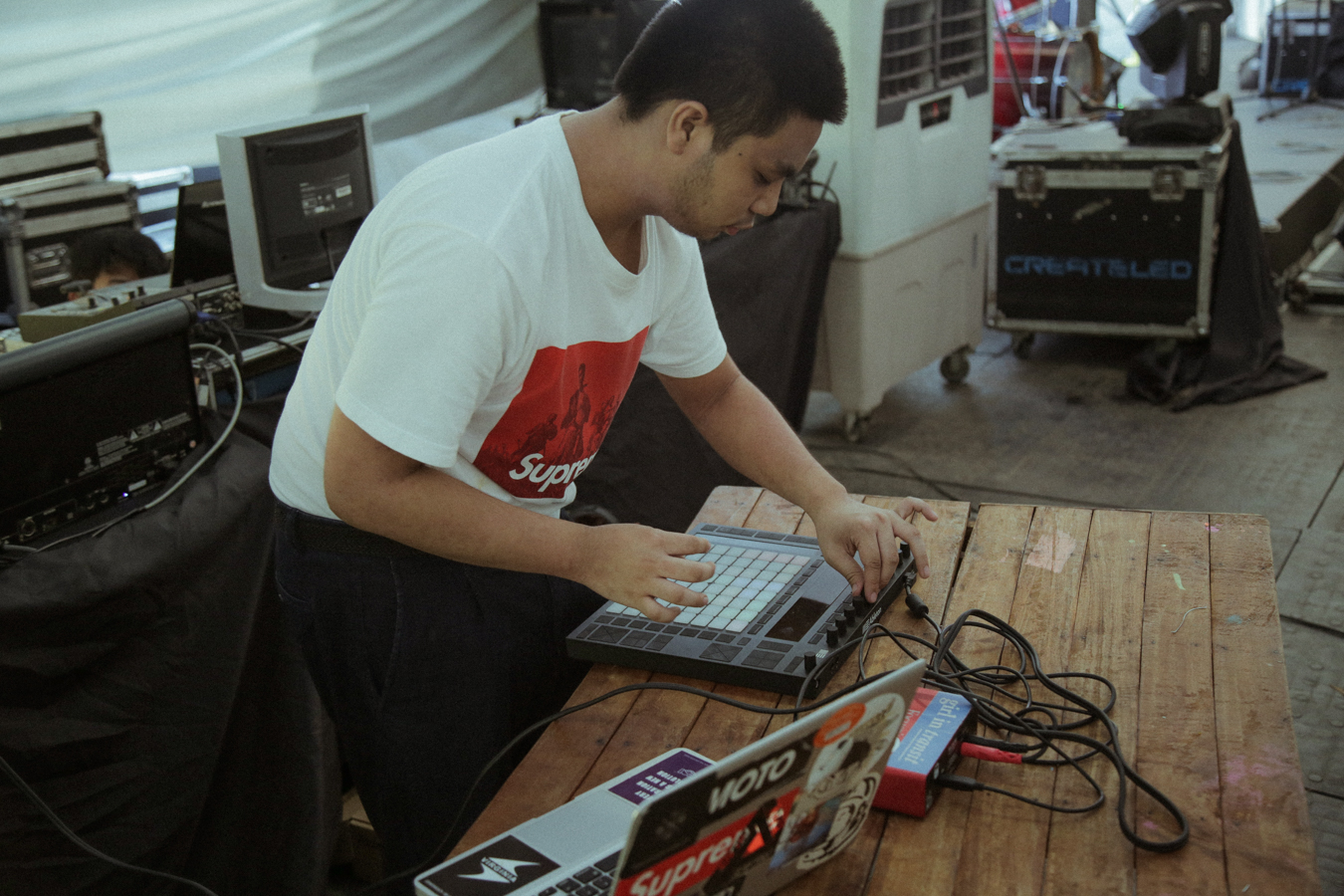 How was your set?

It was fun. During these things, it’s very interesting because my music doesn’t really have lyrics or there are samples and sometimes you won’t understand it. So it’s interesting to see people so into it, cause people really like bands or they want to hear lyrics and shit. So it’s really interesting, there is still like a market for it.

What releases do you have so far?

I usually just release songs. I’ve been part of BuwanBuwan Compilation before, but for AMP, we’ve been releasing mixtapes as producers. So I guess, that’s where people can find my music. And also Soundcloud. Soundcloud slash lui with a dot. Like yeah, you have to spell it out. 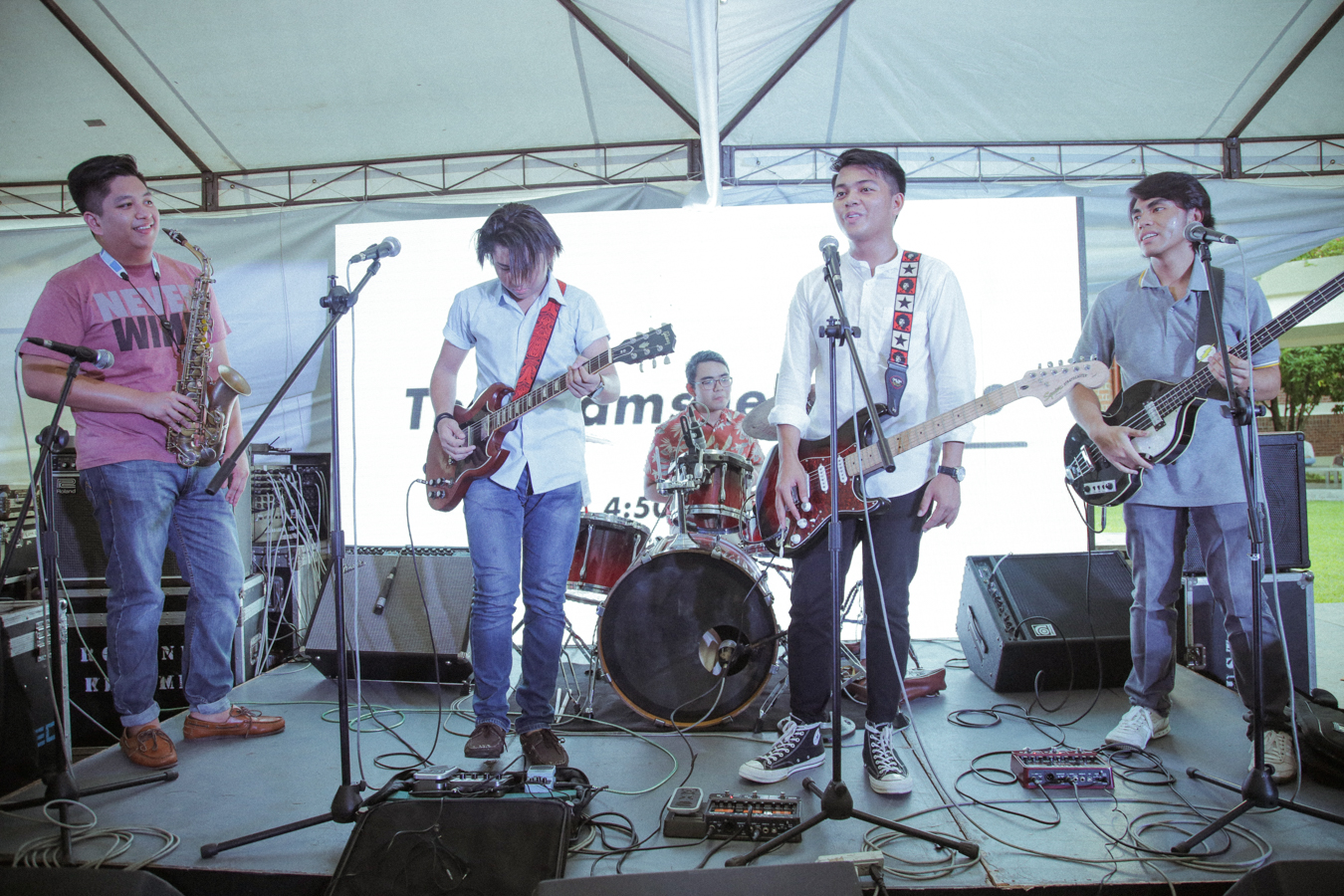 When did you guys meet?

Abe: Back in highschool. It was just Just, Ivan, and Ryan then; they were part of the symphonic ensemble. Babu and I came into the picture when Ryan and I approached us while jamming one afternoon. He said, “Guys, do you guys want to go and try out for battle of the bands?” And, we were like “Yeah, sure why not?” And, we’ve been going and going until today..

What’s the meaning behind your band name?

Babu: Actually, during our first audition, we were eating in a Mcdonalds and like…

Abe: We were in a fast food restaurant.

Ryan: Yeah, we were in Mcdonald’s, and then we saw the trash sign, “Put your clamshell boxes here.” Nobody knew what a clamshell box was, but we were like, let’s take it. 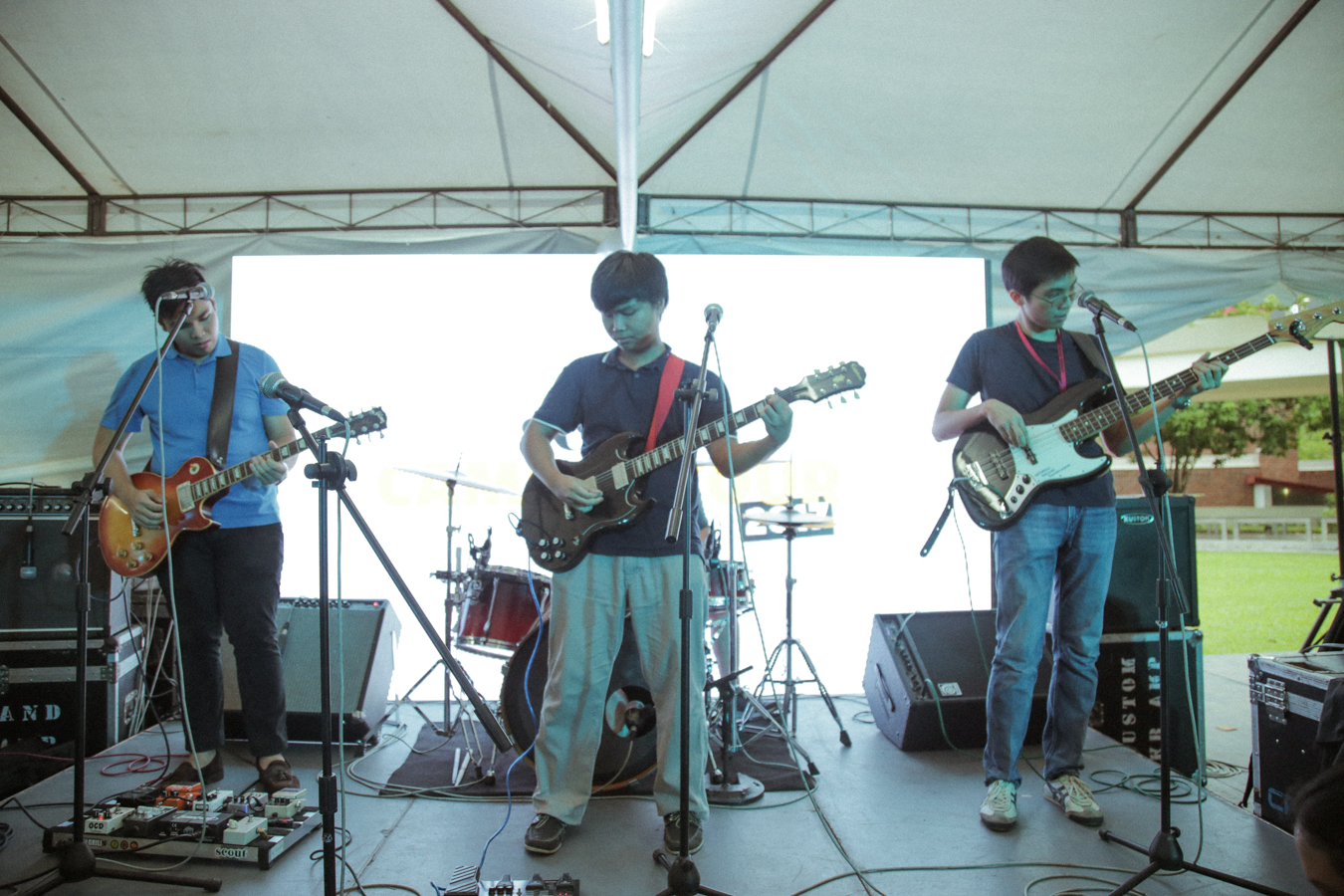 Sage: Ashley is a muse; It’s a concept of a muse.

Cholo: Our band formed in Ateneo high school. At that time kasi when we were writing our first material, syempre our inspiration in highschool is highschool stuff. Hormonal teenage stuff. Most of our earlier songs, if you listen to it, is all about being in love or heartbreak. Ashley is just a random name. So parang weakness of highschool boys: Ashley’s Kryptonite.

You guys sing a lot of Tagalog songs. Are you guys a Tagalog-exclusive band?

Cholo: I don’t think so?

Sage: Most of them are in Filipino.

SHAREIn the biggest gathering of its ten-year run, the FlipTop community aims to...

SHARE“Are the police your friends or enemies?” The trailer of On the President’s Orders...