The prompt was simple enough: Write about the year-end holidays in a couple of hundred words. The result is a strange brew of short fiction that reflects our outlook towards this year’s supposedly merry festivities.

Everything will fall into place
By Lex Celera 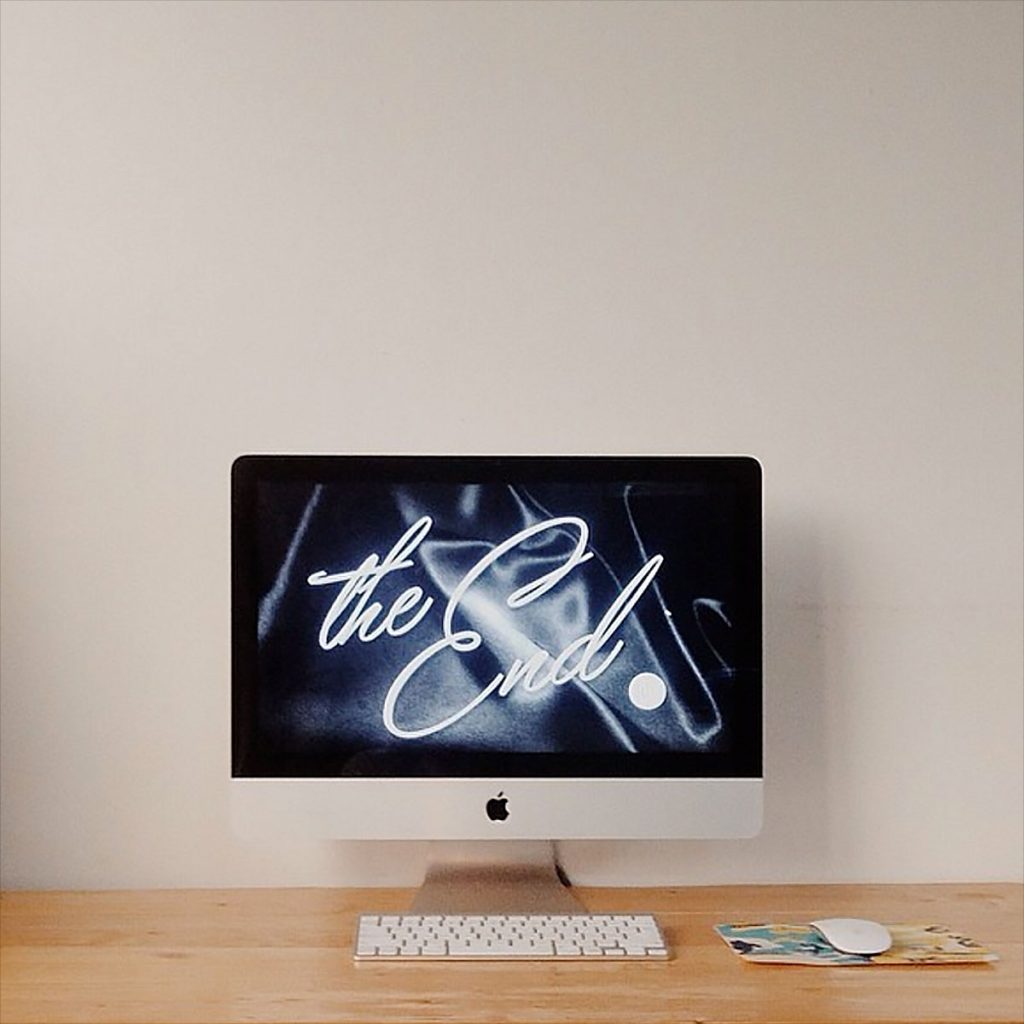 In the breezy sala with the old rectangular narra table, the usual suspects are there. Tita Beth has brought her famous binagoongan, and her husband Tito Boy also has his Lucky Strike to curb his equally famous smoking habit. Their son, my cousin Anton, is there, with his red eyes and awfully quiet demeanor. Yaya Rose is in her usual spot in the kitchen. Lola sits at one end of the table, where Lolo used to sit. My sister Liza is now old enough to sit with the grown-ups, and is now sitting in my Lola’s old seat, beside her.

But there’s still one unoccupied chair, and save for my Mom, everyone’s realization fills the room as soon as we raise our hands to pray. The seat at the opposite end was Kuya Marcus’—always the ideal kuya, who usually led the same prayer during our family dinners since we were young enough to remember these things, and without him, we were lost on what to do. It was Lolo who taught us how to pray before each meal.

Our usual prayers felt mechanical and sounded the same, because they were. But Kuya Marcus took these family dinner prayers seriously. After much prodding, Liza begrudgingly prays, her eyes locked on Dad’s lips, mouthing the whole thing. It was the same usual prayer except for one sentence.

Please spare us from harm and danger. Except for those who hurt Kuya. We ask all of this in the name of Jesus Christ our Lord and Savior. Amen.

The conversation after dinner feels empty. Tito Boy leaves for the veranda more often than normal to smoke. No one is laughing. Lola and Mom don’t even touch their food. My father leaves to turn on the TV as soon as he finishes his plate. After everyone finishes their dinner, no one stays in the sala.

I am about to return to my room when I hear an all too familiar, hushed, but still piercing cry coming from my parents’ room. I take a look inside and see my mother clutching Marcus’ college graduation picture, the light from outside the room reaching only to her neck. “Parang awa ng Diyos, umuwi ka na, anak…”

The first time I saw Mom like this was the night we found out. Liza and I weren’t allowed to see the body when it happened. But we both saw it when a local news station showed the CCTV footage of what happened to Kuya on Facebook. “I pray for the soul of this young one,” one comment read. “Everything will fall into place through God’s will.”

I look at my computer screen and blink. The screen blinks back. 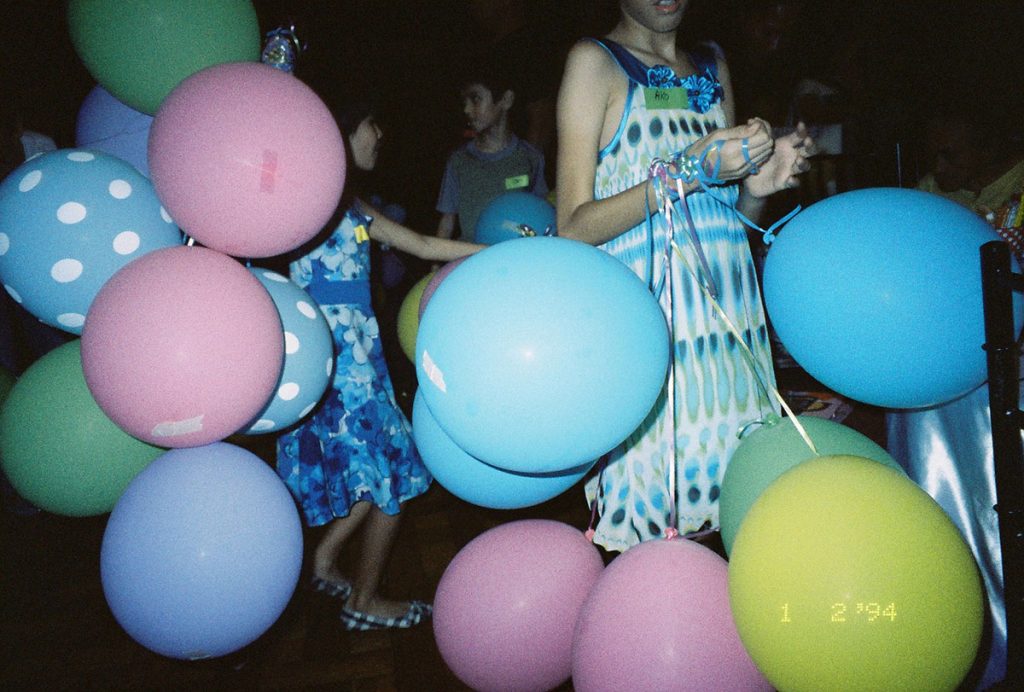 What I remember about being seven years old is how I couldn’t spell the word “tongue.” So when I ran into my seven-year-old self at the underpass connecting Rufino and Paseo de Roxas, I wasn’t surprised when she made me spell “tongue.” She had on the purple dress I wore for my seventh birthday and she carried a yellow plastic bag. She tiptoed to kiss me on the lips, with exactly 20 minutes left before the year ended. She smelled like drugstore cologne and fruity shampoo. I smelled like seafood cup noodles and corporate slavery. She said, wow you’re fatter than I imagined you to be. We laughed. Her eyes said where are you going, why aren’t you home. But I know she hated confrontation and afternoon naps and sayote. She asked if I still liked kissing my pillows and pretending they’re Aladdin’s shoulders and Bembol Roco. I said yes but these days I imagine they’re married history professors and sweet boys from Isabela and Lou Salvador, Jr. And I do more than just kissing. She said, aah, which translates to what the hell does that even mean and seriously, Lou Salvador, Jr.? From the yellow plastic bag, she took out a pirated DVD copy of Kama Sutra I found in Grandpa’s bookshelf 14 years ago. I saw the curiosity and confusion in her huge Bambi eyes and I wanted to tell her that a few months from now, she’ll walk in on our parents watching that DVD. They won’t even notice her but their sighs will play in her head for the next two weeks. Fourteen years later, she’ll end up pointing a gun at Dad because she’ll catch him watching that same DVD with a stranger. She’ll be kicked out on New Year’s Eve by Mom, who will continue being idiotically in love with a cheating scumbag. I opened my mouth to say something but the sound of fireworks and the future and the angry rumbling of buses from above filled the hollowed underpass. I wanted to tell her that things will change. That Bembol Roco will stop being hot in the next couple of years because his jawline will remind her of someone else’s. That she’ll start liking sayote. That the word tongue will be the least of her worries. That only her eyes will remain.

An Excerpt From Xian Mercado’s Autobiography, Chapter 2, The Real Xander Ford
By Chise 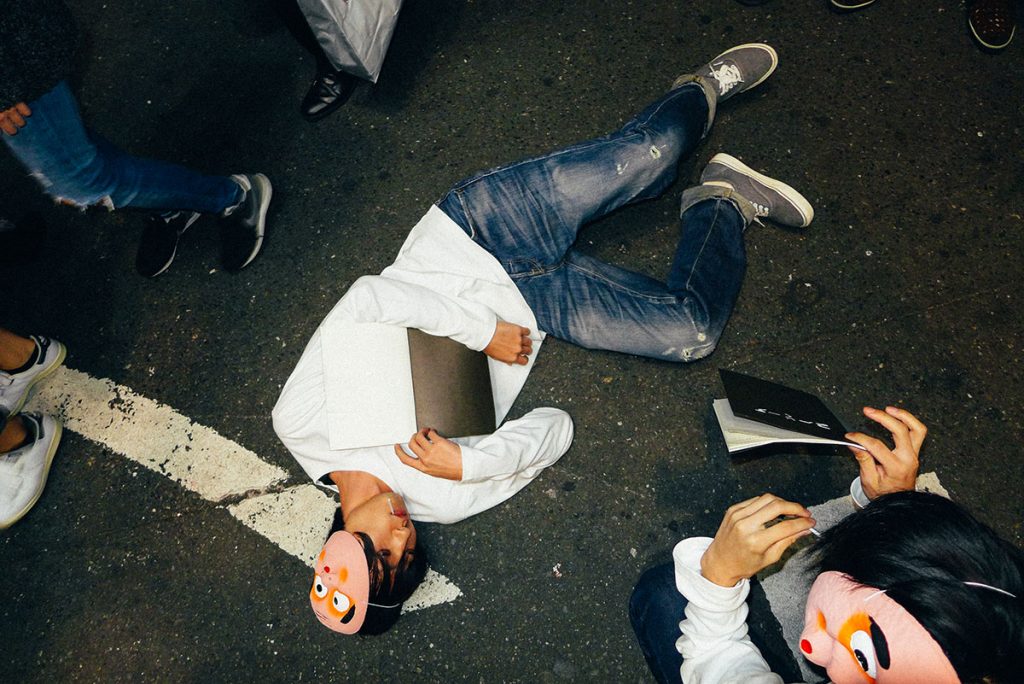 The date was Oct. 8, 2017, the start of my filmmaking career. 50 years ago, I posted two videos of our late great president ng Republic of the Panis at ang aking super close beshie-friend na si Xander Ford. Not bragging, but many would agree that those videos were the catalysts kung paano nagbago yung tingin ng mga tao kay Xander, which led him to become the people’s champion later on.

Naaalala ko like it was yesterday. There were Christmas lights in the office, puno ng mistletoes yung kwarto ni Xander, and gifts from prepubescent fangirls were abundant. We were chillin’ like villains sa office when nag-aya si Xander bumaba bigla from our comfortable, air-conditioned rooms to make salamuha with the lesser beings of the streets. I was hesitant at first, afraid of getting our sponsored Balenciaga sneaks dirty, and of not knowing why he was so eager to go, but I eventually gave in to Xander’s puppy dog eyes.

I posted the video online and the world was shookt because of Xander’s kindness. They couldn’t believe the moments of pure, unadulterated selflessness that I captured. Many people think that I changed the game of hidden camera videos that day, with my raw, genuine, and in-your-face style of stalker videography (which I did naman talaga), but we can never forget the boy that started it all.

After that, I consistently posted the secret videos of Xander’s good deeds on my social media page against his will. He was truly the Christmas savior we never had. I may have become a National Artist for film, but a film is nothing without an amazing subject. Sleep, my little prince, fall asleep.

Irma and Her Emmanuels
By Anthea Reyes 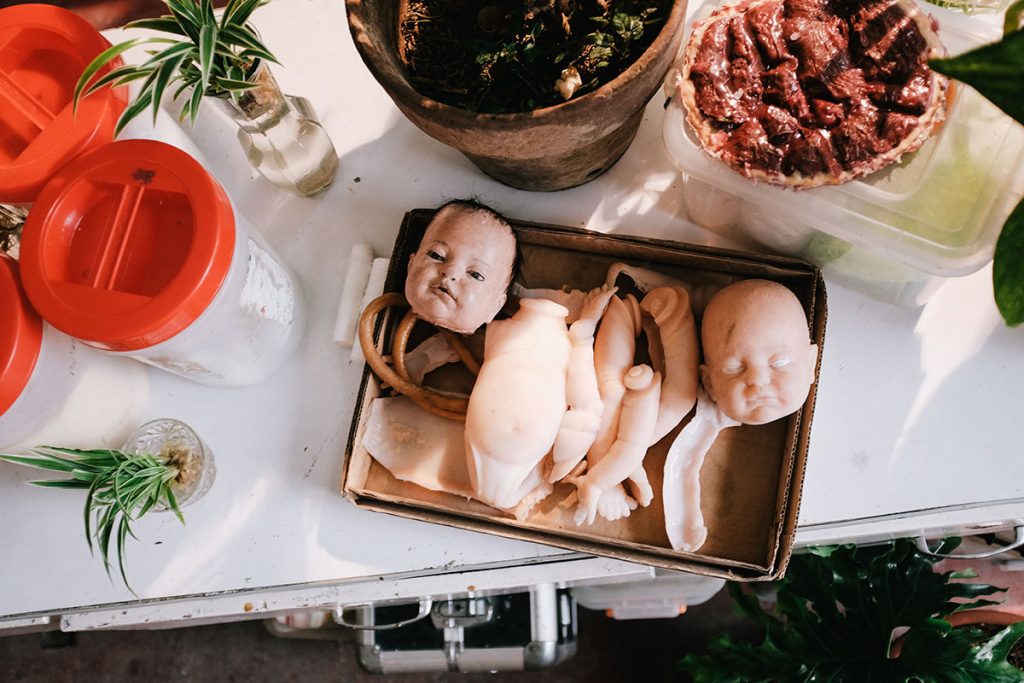 The clinic doesn’t close during the holidays.

Maybe on Christmas. Maybe. But for the rest of the holidays? Contrary to what most people think, babies don’t stop dropping until late into Christmas Eve.

“Yes, we’re open,” reads the sign on her front door, blatantly welcoming any girl desperate enough to pass by.

A lot of the girls who come to her are students. High school, college, med school, law school. Four times out of five, these girls are probinsyanas who ventured into the city sponsored by their parents or some extended family member in the hope of giving better chances for the rest of the family. The girls usually come right before Christmas break, right before they have to come home. If their parents didn’t know, if no one knew, then it didn’t happen. And so they look for her, for Ate Irma. All of them doubtful, all of them scared, all of them ungrateful.

The story’s always the same. They got out, they fell in love, they got fucked, and then they wanted out again. Away from this kind of responsibility, away from that kind of life.

There’s nothing more than this. There’s nothing “more to life” than that kind of joy. If it was up to her, if she got to keep the baby of the only man she had ever cared for, if that child hadn’t been forcefully sucked from her womb by hands that raised her, then she wouldn’t have wanted anything more out of life. Other than the one she would have borne.

So here she is. Taking care of the women who would throw away what she would tear heaven and earth for.

But it’s okay. It’s fine. If these ungrateful bitches don’t want them, if they want to waste their chance, then she’ll be right there to catch it for them. She will take care of the miracle they can so willingly, so callously throw away.

The clock on her wall strikes a minute past midnight. It’s officially Dec. 25 now. Her last customer has just left, alive if a little unsteady from the surgery. She takes the precious little thing that was just cast out of its home. She glances at the other little bodies carefully preserved in the beautiful jars she cleans at least twice a day. For later.

For now, the little baby in her hands will do.

If their mothers don’t want them, then she will take them and welcome them into her own womb. Make space for them again and again until one catches, until the damage is undone.

The baby twitches. She always reserves the freshest one for her Noche Buena.

SHARE“Nothing’s lonelier than parties.” While other brands are heading to international waters for...