The year 2017 honestly wasn’t too great, but what was pretty awesome about it was all the great new local acts putting out quality tracks and coming into their own–you’ve got artists like no rome, IV OF SPADES, Manila Magic, Mellow Fellow, and more. Since the year is about to close, you should all know about four-piece pop rock band One Click Straight by now. After converting fans all over Manila through multiple gigs and eventually competing at the recently-concluded Wanderband competition, the group has garnered themselves a well-respected name in the music scene–even being dubbed the local version of The 1975.

Here’s some good news for fans and new listeners alike–the boys have recently released their newest single “She” and we’re more than hooked. Inspired by the tragic emotional rollercoaster that one goes through when experiencing unrequited love, the song is a perfect mix of their trademark synth pop sound and odes that speak out to anyone who’s ever fallen in love with someone the wrong person.

In the many years that the band has been together, they’ve undergone quite a lot of changes. From being rowdy high schoolers who only wanted to play music to look cool, they evolved into serious musicians who solidified their own brand of music. They’ve also recently switched up the black and white aesthetic that they used in their debut to the now colorful retro vibe of their visuals.

We got to catch up with the members of One Click Straight and discussed their humble beginnings, inspirations, and plans for the future. 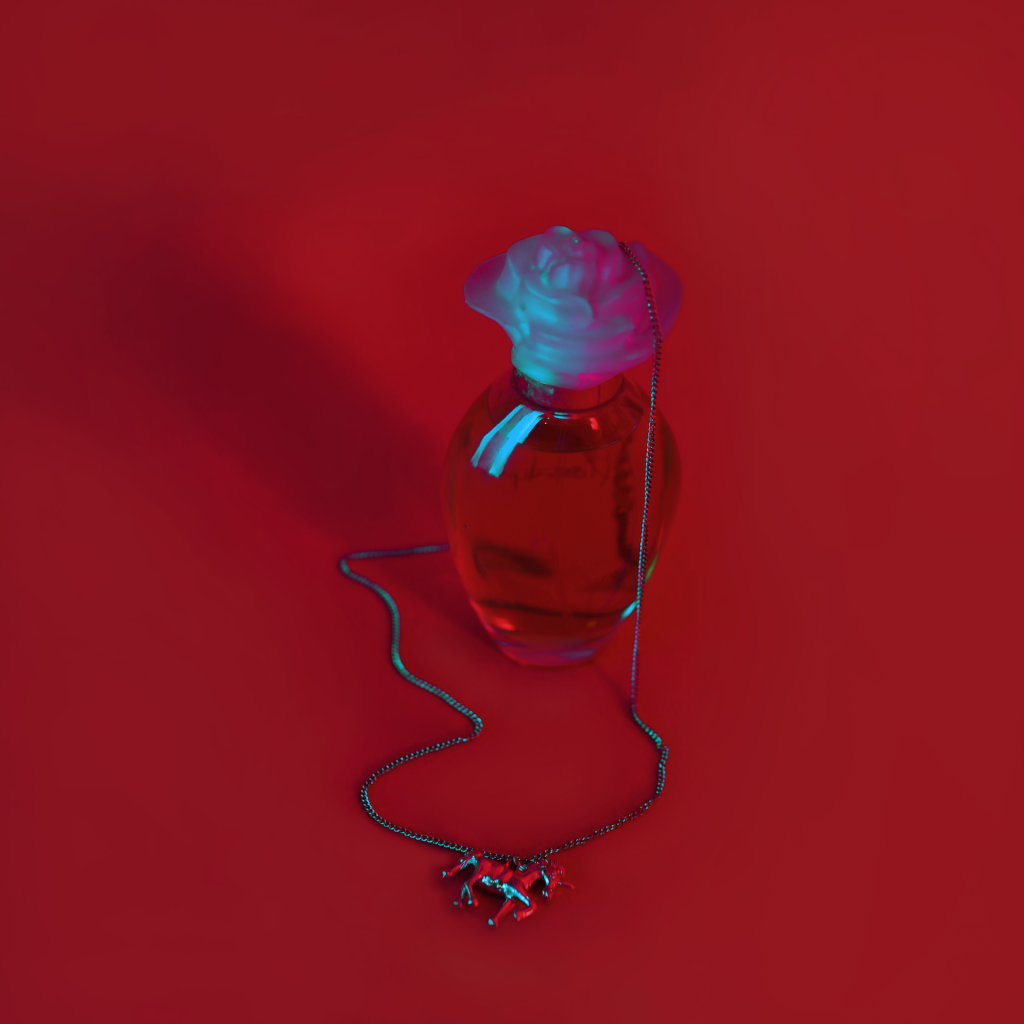 How did you guys all meet and form a band? Looks like you’ve been friends for years.

Toff, Tim, and Sam are brothers and Joel is a childhood friend. We started jamming around high school and our goal back in the day was just to get to play music as much as we can. We were young and we lowkey just wanted to look cool too. It was a downhill jam of fun and games before we took things seriously.

When did you realize you wanted to take music seriously? What was the purpose of your previous visual rebrand?

We decided to take things seriously around late 2014. We started to write our own material and do gigs during that time. It was mayhem and fun during those formation years. The transition from being reckless, passionate musicians to a focused collective was slow, but it made us who we are today.

With the new synth-driven pop/indie rock sound, we rebranded visually as well. The band has always been influenced and intrigued by aesthetics, paintings, movies and anything of the scope of visual art. We believe art comes as a package and that music and visual art should compliment each other. The rebrand was our way of merging ourselves with the music we create.

The band seems to be very inspired by the ‘80s sound. Can you talk about your sound at the moment and which artists it’s inspired by?

Yes! We really love the decade of the ‘80s. We believe it’s the most influential decade in fashion, film, and music. Our sound involves a lot of synths and reverb. That’s the best way we could put it. We listen to a lot of Toto, Tears For Fears, Pet Shop Boys, George Duke and the like. Tunes that our parents listen to. We always loved that sound since we were kids.

We always had this idea of looking back to move forward.

How does your songwriting process go? What do you do to keep creative and writing music?

Songs come and go. We never really had a strict system for it. Most of the time, Tim comes up with a tune or a lyric and weirdly enough, our guitar player Sam comes ups with a drum beat and it starts off like that. We were always a band that gets the job done when we work on it together. One Click Straight was always a group effort. We are a collective of like-minded artists, moulded by a brotherhood, and fuelled by an undying passion for music.

Living life is the key to writing songs. Music is an expression and it will never run out as long as we allow life to hit us with its best and worst. It’s everything around us that inspires us to write and be creative.

Can you talk about “She” and how you guys wrote it? It sounds like it’s about unrequited love–can you share the story behind it?

“She” was written by Tim and Sam and arranged by the whole band. It was inspired by the tragic emotional disarray people go through when faced with non-mutual feelings from a loved one. Tim initially started the whole concept and structure of the song. It was that shuffle drum beat and the mid-tempo groove that inspired the whole song. Arrangement and lyrics all just fell into place naturally. It was instantly a personal favorite for all members of the band.

Simple. We want to collaborate with St. Wolf, IV OF SPADES, and Nathan & Mercury. Those dudes are the best in our opinion.

What are future plans for One Click Straight? When can we expect an EP or an album?

We are currently writing and recording tracks for a full length album that’s coming out around mid or late 2018. We’ll be doing gigs for sure. Maybe a small One Click Straight pre-album tour around the metro might happen as well. At the end of the day, we’re just having fun, working hard, and making music. That’s what we’re all about.

SHARELike any other kid penning their coming-of-age story in the early 2000s, content...

SHARELiving in 2020 is knowing that we’re living our future child’s history assignment....

SHAREChange is a constant in the local music scene. Bands come and go....