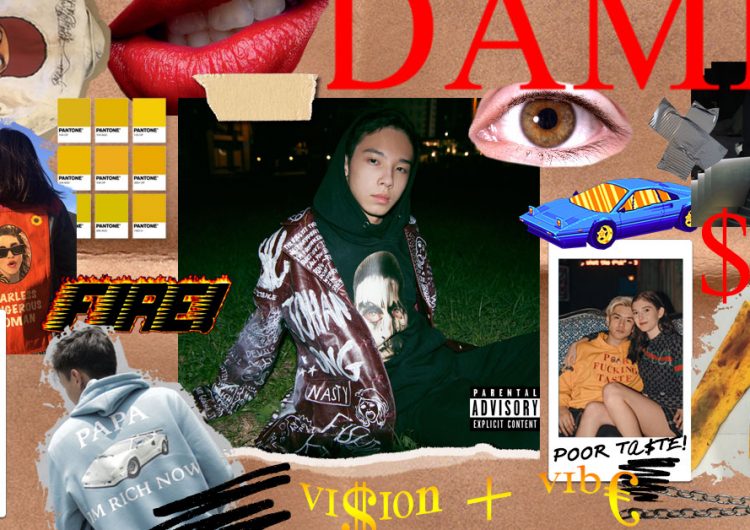 Johan Kyle Ong may only be in his teens, but his designs have been seen on the backs of many local celebrities, including Vice Ganda and LA Aguinaldo. Johan is part of a new wave of creatives whose penchant for good thread mixed with a little business savvy led to a burgeoning career. But to him, it’s not just about business, it’s about wearing what you identify with.

Been wanting to show off this beautiful hoodie, ever since @johankyle.ong put it in my happy lil’ hands. Thanks for having us last night @previewph , and thanks for always being by my side @tastylilmama you gorgeous thing. ❤️ Happy 22nd birthday to a great publication! Long live! #previewxxii

Look in the right places and soon enough, you’ll see people who spend their time letting their creativity free. In an act of not only collective self-actualization but also inadvertent advertising, artists of all kinds made waves with the #ArtPH hashtag, and local clothing brands are also upping the ante when it comes to their designs. Filipino artists making it big elsewhere isn’t new, but getting celebrities to wear your designs is no small feat either.

We get to know more about the young designer through a short interview:

How did you get into designing clothes?
I’ve always enjoyed standing out from the crowd and being my unique self. So when I saw nearly everyone in my school wearing the same Uniqlo and H&M jackets, I made it my upmost duty, on par with health and education, to not dress like a basic bitch. It was easier said than done since I wasn’t allowed to go to sketchy places to thrift shop, nor could I afford endless designer jackets. It just hit me that if the stuff I wanted wasn’t around, I might as well make it.

Are the designs just 1:1?
They tend to be, although when they are I normally end up being the one who keeps it since they’re very difficult to replicate. The ones I sell to the public normally have 3-4 pieces, so they’re still very limited.

Who or what inspires your designs?
Himumimdead, Gosha Rubchinskiy, Warren Lotas, Balenciaga, Alessandro Michele, and Givenchy by Riccardo Tisci.

My daddies ? rocking my custom made hoodie ?

Why’d you move from Boston to the Philippines?
I am a Filipino. I was born in the Philippines. We moved to Boston because of my father’s work and moved back here after the 2008 financial crisis. I’ve been in the country for around 8 years, but I’ve never really had the opportunity to expose myself to the wonders the country has to offer. My Tagalog is also in dire need of much improvement.

How did you get to work with Vice Ganda, LA, and the rest?
It was late at night and I was about to do the groceries. I was dressed up all in Burgundy, this guy notices me since I look like a used maxi pad and asks where I got my hoodie, in which I reply by telling him I made it. He tells me he’s James Reid’s producer, I’m now carefully strategizing in my mind how to make a piece for this guy since he can potentially make me big. I offer to make him a jacket for his music video, and it kicks off from there. Without Poor Taste I wouldn’t have all the wonderful opportunities I have now. One connection just lead to another, and here I am.

Any tips for other designers out there?
This is pretty cliche but if you’re really passionate for what you do, don’t give up. I made the mistake of agreeing to stop making jackets. Only by pure luck was it that I bumped into an artist who made me big. Don’t wait for something to happen, make it happen. Your main priority should be your brand, so think very carefully before you agree to work with someone. One wrong move has the potential to drastically change the way people view you. The moment you stop having fun doing what you do, reconsider everything. If a 15 year old boy can do it, you can too.

To cop one of Johan Kyle Ong’s designs, message him on Instagram.

SHARETwo months into lockdown, project-based creatives around the nation have collectively lost hundreds...

SHAREEveryone’s pretty amped up for Makoto Shinkai’s latest film “Weathering With You.” It’s...