Scouring the city for new 2017 haunts? We’ve found them for you, whether you’re looking for good, authentic barbecue or a place to discover coffee and literature. 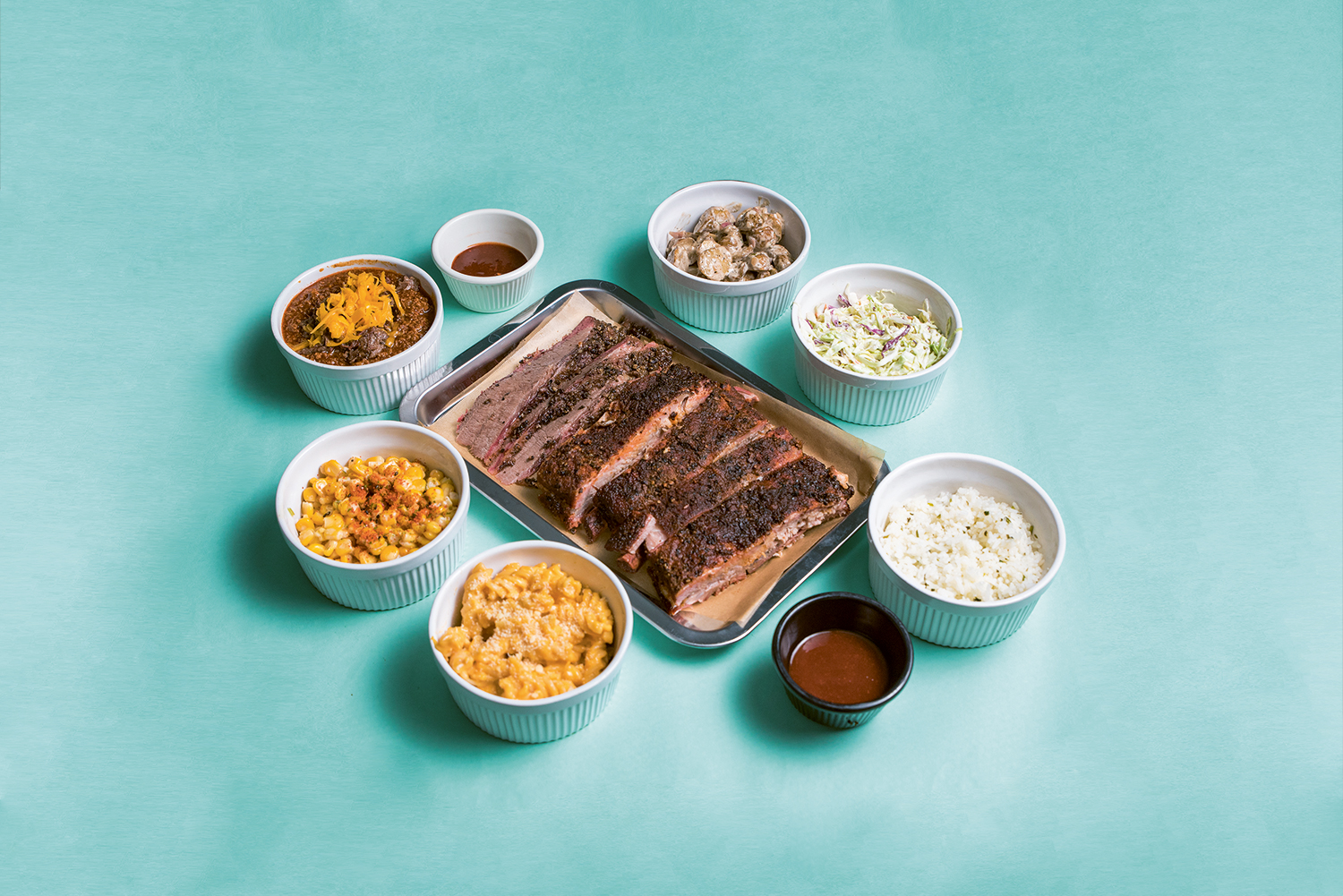 WHAT: A one-of-a-kind smokehouse that’s for real, in a neighborhood that’s already full of them
WHERE: Matilde cor. Jacobo St., Brgy. Poblacion, Makati
COME FOR: Straight up, expertly-prepared fall-off-the-bone barbeque
STAY FOR: Everything else on the menu, including Joe’s Brew local craft beer
PLACE MAKES YOU FEEL: Like you’re eating legit ‘Murrican BBQ, also thanks to the blues music forever playing through the house speakers

The secret to Holy Smokes’ standout barbeque meats, according to owners Maisa Acosta and Juano Gutierrez, is twofold. First, it took them years to get the recipe right. Second, they’re the only ones in a neighborhood that’s already piling on the BBQ bandwagon that use local logs for their firewood—santol and caimito, specifically. How effective is it, you ask? Well, let’s just say that the meat was so soft, we couldn’t stop sneaking in bites well after our bellies were filled to bursting.

How to spot a good barbecue according to Holy Smokes co-owner Juano Gutierrez:

Watch the bark. The bark is how the “skin” of the meat is charred after being cooked and smoked. The untrained eye may think that blackened meat is too burned, but it’s actually how it oxidizes thanks to all the spices added on to it. If your BBQ is a little black but doesn’t really smell burnt, it just has a good bark.

Smoke rings aren’t everything. The smoke ring is how the meat looks cross-sectioned; people want the outer layer of the meat to be pinker than the middle, creating sort of a ring. Juano says that myth has been debunked, and you don’t need to see a smoke ring to know you’re eating good barbecue. 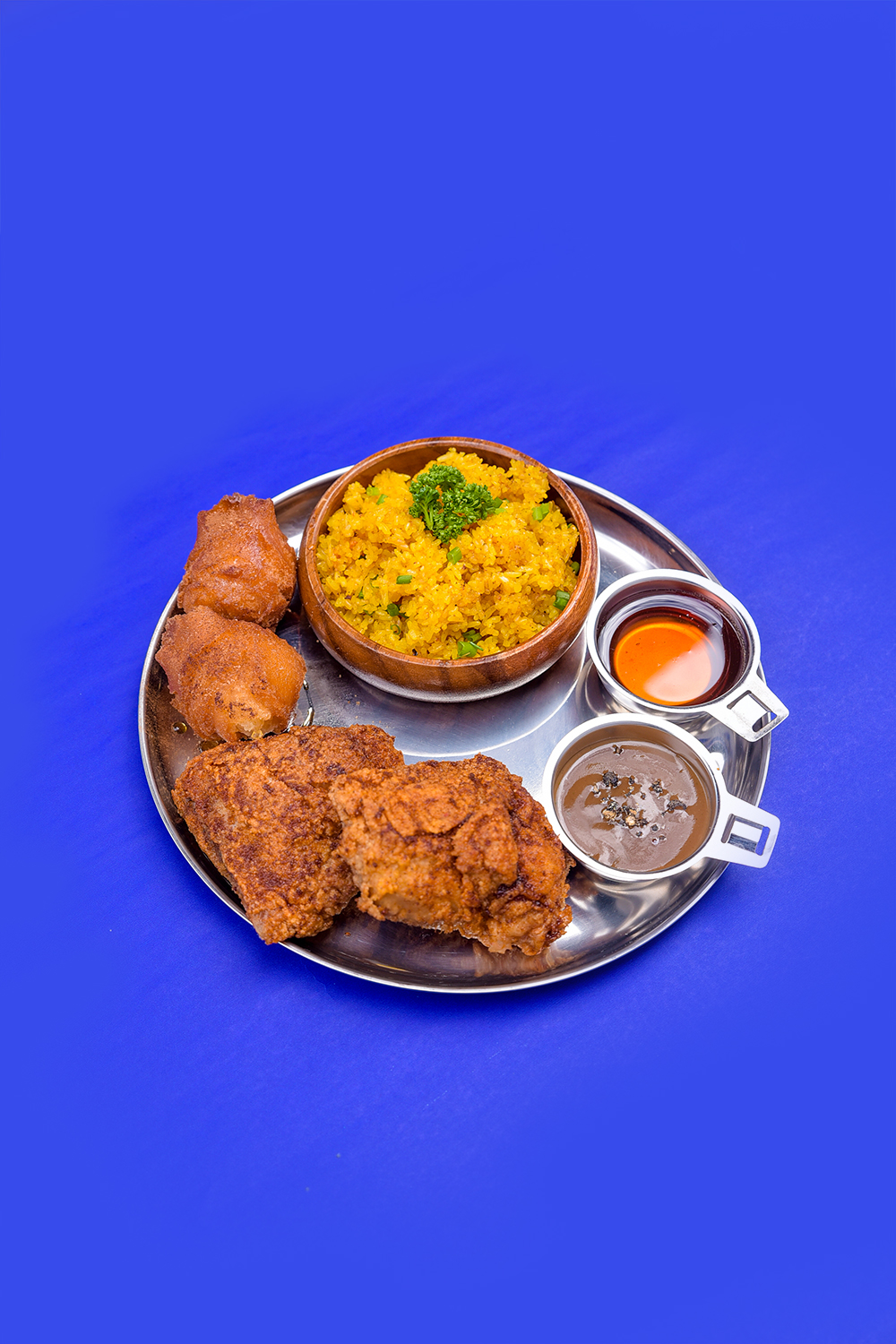 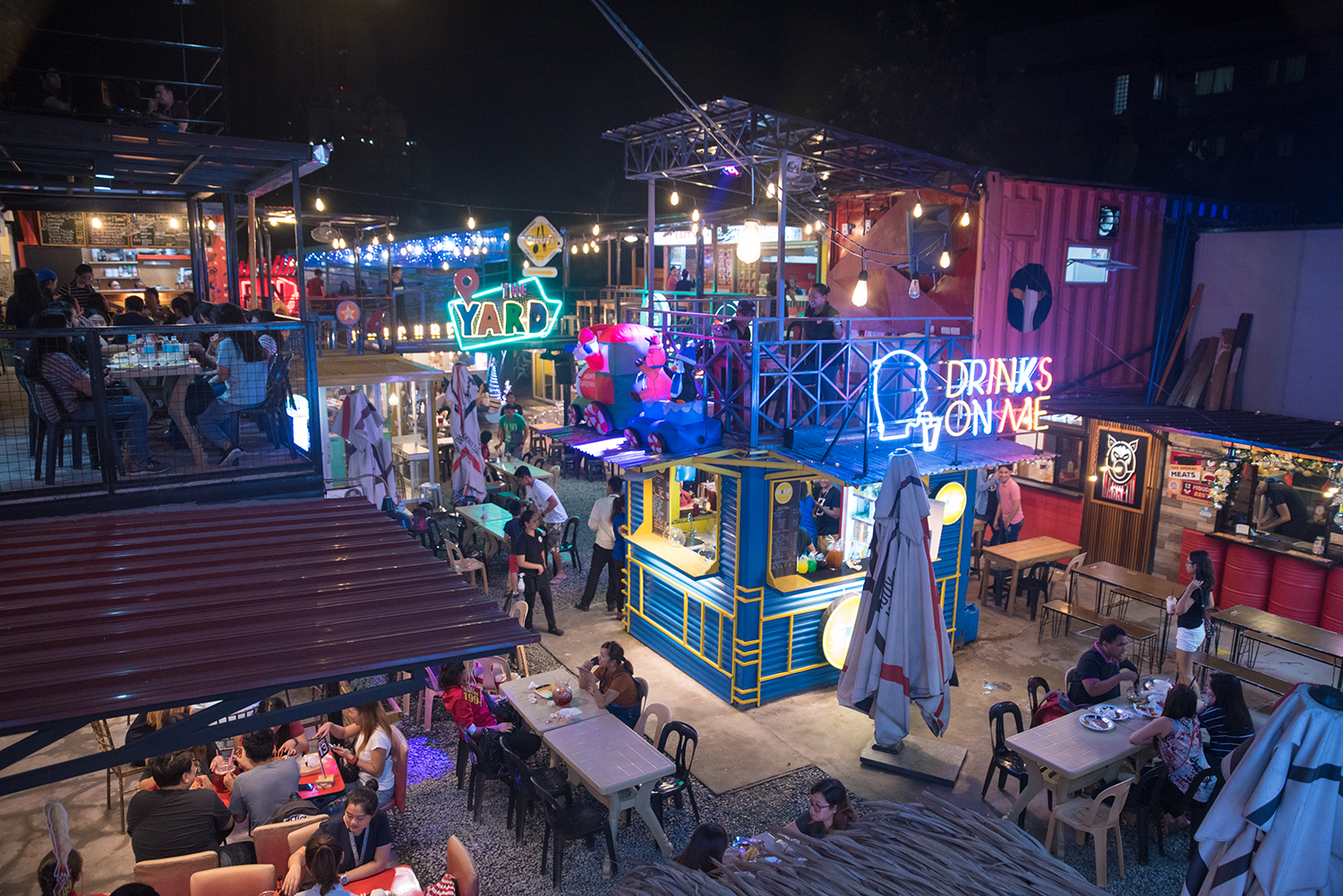 Food parks are now becoming a thing thanks to the young and scrappy culinary culture of the North. By our count, there are now at least four food parks in the UP and Ateneo turf alone. The latest one, The Yard along Xavierville Ave., is a bright, neon-lit temple to everything the youth would ever dream of eating at this time. And we mean everything: all cuisines are represented, from the common American, Japanese, and Mexican to more hipster choices like Hong Kong and German street food.

You may be overwhelmed upon first setting foot in The Yard, and that’s okay. We rounded up the top five different picks you should try from the complex, in no particular order:

Have You Ever Wanted A Beach Spot in the City? 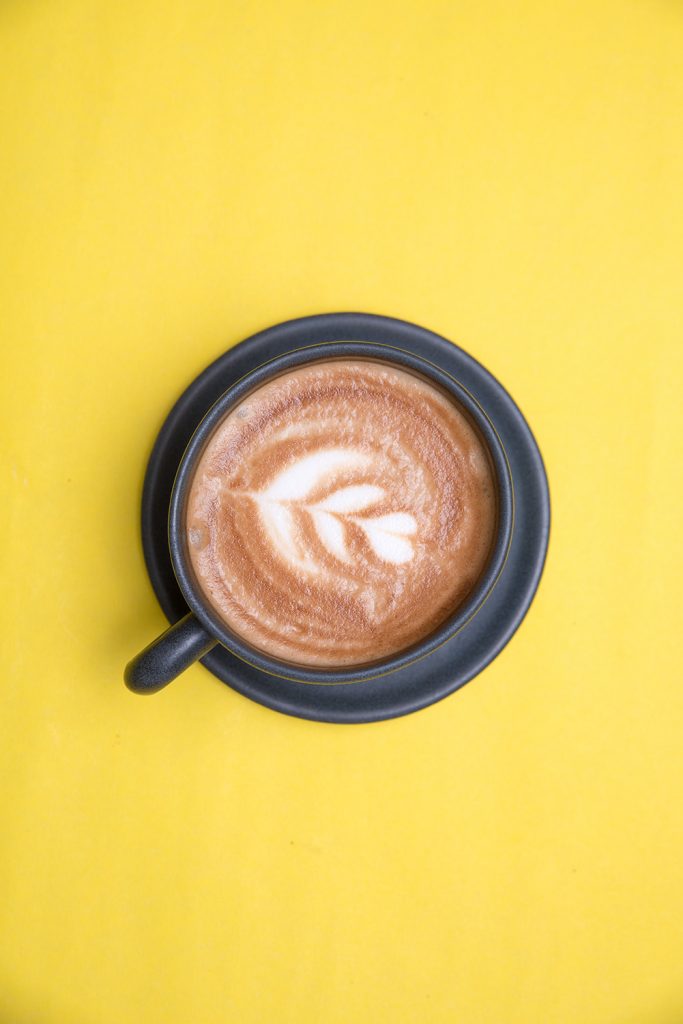 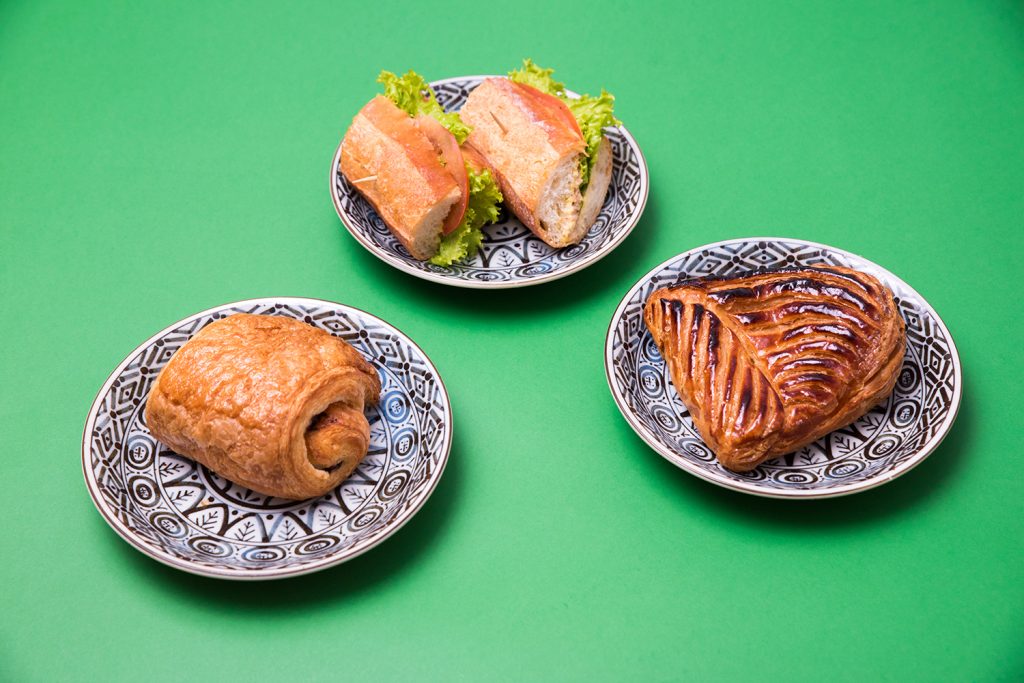 WHAT: Tenant Manila
WHERE: Kamagong St., almost cor. Guijo St., Brgy. San Antonio, Makati
GO: Anytime on Tuesdays to Sundays, 12-9 pm (7 pm on Sundays)
WHAT’S UP: It’s a café and apparel store in one
MOST AWESOME THING YOU CAN BUY THERE: Brand spankin’ new surfboards
BUT DROP BY BECAUSE: It’s your new maybe-secret place to chill

Of course you did. You want the laid-back charm of El Union Coffee, but you can’t always be in San Juan. That’s why Tenant Manila sprouted up in the heart of Makati, for you—you who wanted to feel like you were somewhere that seemed like it belonged on the seaside. Or, at least, a place that almost forces you to chill within it.

Tenant calls itself a “hub for expression through fashion, art, food, and design,” and we’re inclined to agree that they’re filling this role well. They’ve managed to do it all without ever looking like they’re forcing the issue; you can come in, get a cup of coffee or a nice tuna sandwich, and find your inspiration among the coffee table books and magazines splayed out around the place. If you’re up for it, or if this is what you came for, you can go to the second floor and shop for new threads. And if you’re going to LU or Baler over the holidays, have we mentioned that they’ve got surfboards waiting for you?

Finally, The South Gets Their Own Book Café, Too 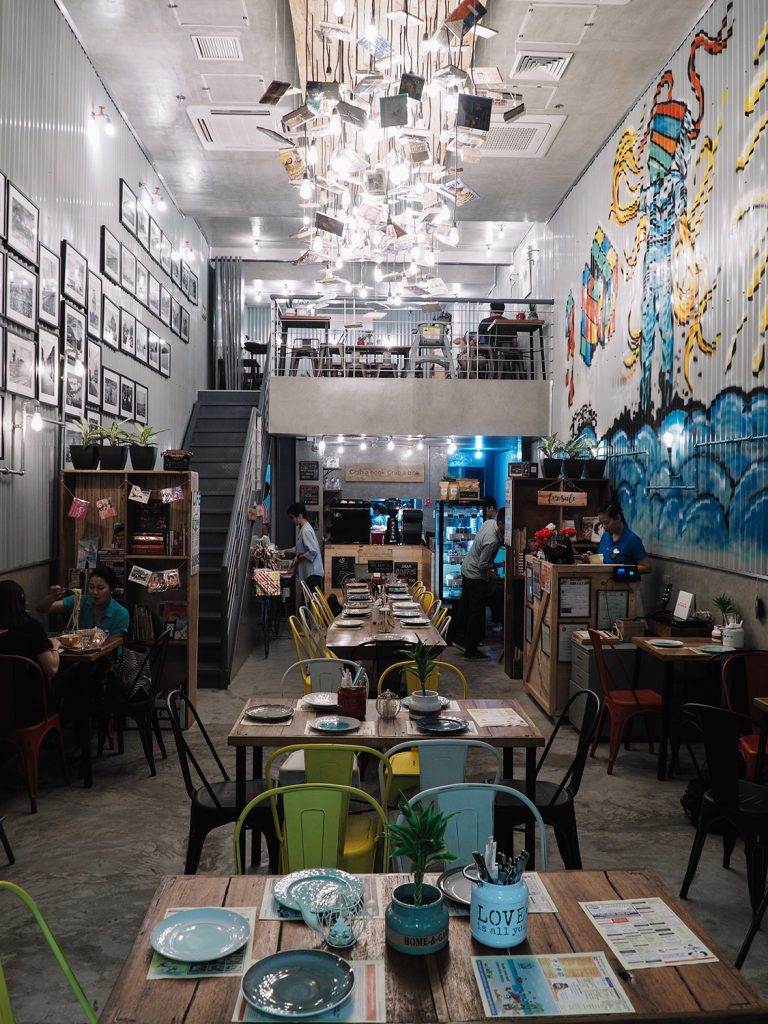 WHAT: Buku-Buku Kafé
WHERE: SM Southmall, Las Piñas
COME FOR: More books and zines than your usual coffee shop could ever throw at you
AND: These works of literature are actually for sale
AAAAND: Good food (Sisig. Nachos.)
BUT STAY FOR: The opportunity to get your #feels out in writing, anonymously

It feels like the North (read: Maginhawa) gets all the cafés and tea places with free books to read, but those days are done for now. But even though the café’s name means “books” in Malay, owner Jessica Santiago is quick to point out that Buku-Buku is not your ordinary concept café.

She, along with her family, turned the concept of a book café on its head by fashioning a new haven for creatives in the metro South. The written word can literally be found in every nook and cranny of the spacious and colorful café, from a “feels board” where guests can divulge their innermost secrets to wooden bookshelves filled with the latest local komiks and literary zines. Plus, most of those books, by writers and artists who draw, illustrate, and staple the books themselves, are for sale. Devouring pages and food has never looked so good.

Vinyl, food, and free live music will be waiting for you at this event tomorrow

Honestly, who wouldn’t want to miss out on an awesome event that’s open...