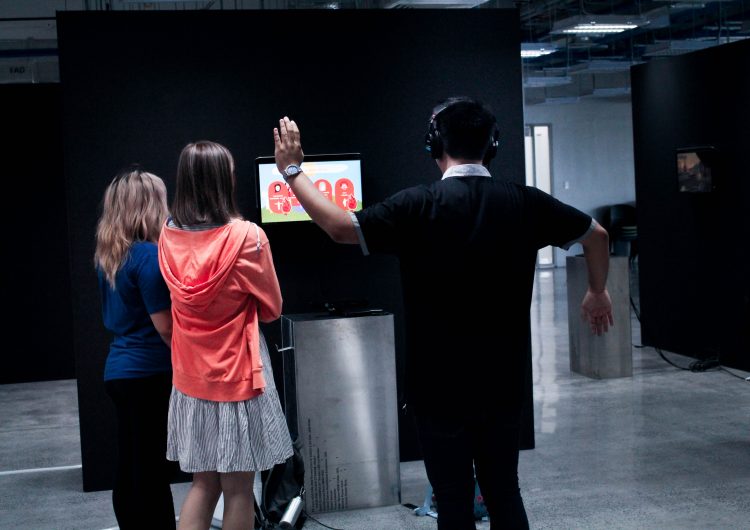 While those sentiments have stayed throughout the years, the discourse on video games have long flown into serious, if not academic, fields of study. Are video games an art form? How can video games be an educational tool? Even those who engage in video games have brought along discussions on race, gender, and culture.

But how about something as big–at least in our heads– as society?  This new interactive exhibit by the Goethe Institut Philippinen featuring 18 video games was formed “in an attempt to shed light to the question of whether games influence political beliefs in the same way that changes fundamental attitudes about the world.” 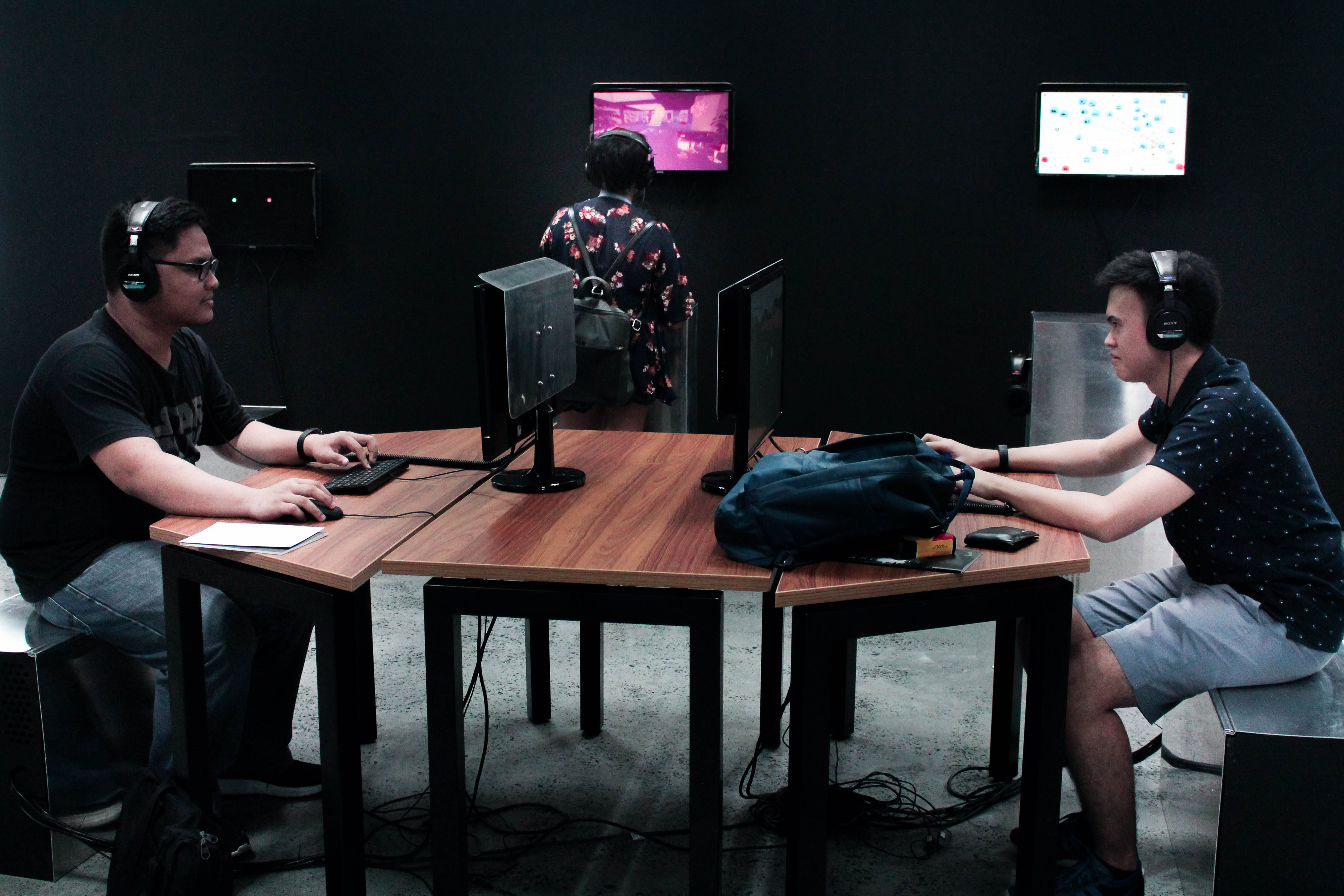 Pretty tall order, don’t you think? But wait until you play the games yourself; the 18 video games are loaded with political themes that make you think aloud during and after having a turn at playing.

But don’t think they’re not fun or engaging. One game in particular, Power Woman utilizes the Kinect to pit you into certain poses depending on the choices you make. As a woman born into the modern world, easy and attractive life choices (becoming a professor in MIT) force you into bizarre, difficult poses while unattractive choices (growing up as a cute gang leader) virtually make you stand in the screen, earning points. 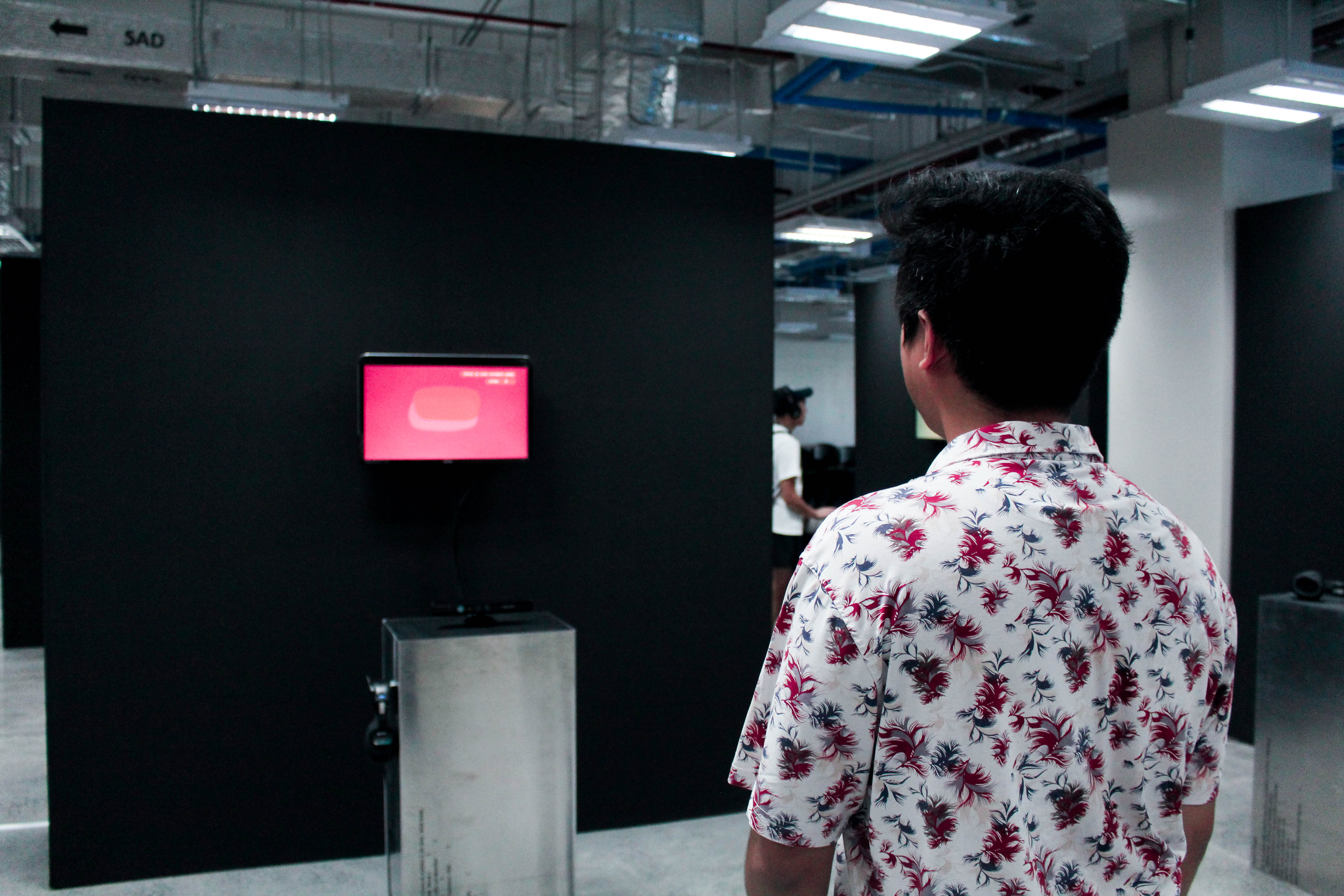 Interaction and engagement are what separate video games from other mediums of entertainment, but “Games and Politics” takes it several steps further, exploring other dimensions beyond our usual thoughts. The layout of the exhibit itself–steel platforms compartmentalized by black walls, wires and screens scantly baring the spaces–aren’t necessarily inviting and we think that’s part of the purpose of the exhibit: to step on our toes,

If you want to visit the exhibit, it being held on the third floor in the Edwardo J. Aboitiz Sandbox zone of the Arete in Ateneo De Manila Unverstiy. the interactive exhibit runs from September 13 to October 4, 2017.