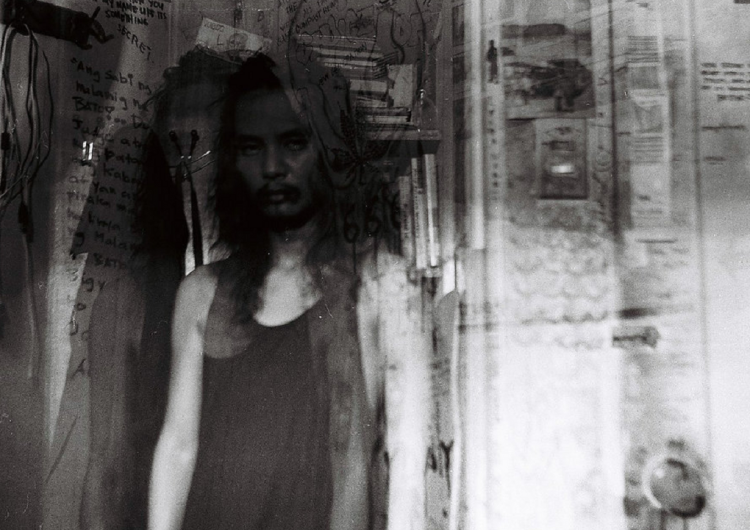 If you listen to artists the likes of Calix, Den Sy Ty, and ΩMEGA, then you probably already know who NOFACE RECORD$’ hip-hop producer slash beatmaker skinxbones—no caps, pronounced “skin and bones”, named after The Owen’s song “Skin and Bones”—a.k.a Tomi Uysinco is. Active in the music scene for a decade now, he’s gone through different musical projects: witch house project klmbrng, post-r&b duo #100yearsofsadness, and sessionist for alt-tito-rock band The Strangeness, to name a few,  since starting out in 2006 with electronic music as arthaus*. As he says, “I’ve been making music for 10 years under different names with a tiny bit of fanfare and even less monetary gain.”

Then adds, “It’s probably why people see me as disgruntled, even jaded, when it comes to the music scene (or in general really). Truthfully, I don’t care. I just make what I want to hear: Music that keeps me sane enough for another day.” And that’s exactly what skinxbones has been doing for a year now, releasing one EP and LP after the other: We’re Not Out Of The Woods Yet Bb (2016), it’s been raining all morning (2016), Godless Void (2016), first of farewells (2017), nothing will make sense in the end (2017), and possibly another album before the year ends.

Today, he made us a playlist under the theme: “Disrespect,” dedicated to the “people who take advantage of others, people who make shit just for clout, people who run their mouth about things they know nothing about, people who create wack so-called ‘craft’, and people who are just swag jacking culture vultures.”

“Why? Because even if people would like to think it’s all ‘happy and kumbaya let’s all hold hands’ up in here, it’s not; Because complacency is boring af; Because a lot of these clowns should be put in their place; Because good taste is not a democracy.”

Reversal of Man – “Get the Kid With the Sideburns”


“‘Street by street, block by block. You hypocritical fucks, you and Tony Victory are nothing but corporate rock!’ Tough-guy-vegan-straight-edge-hardcore jocks earth crisis are the type of hardline bullies that would beat up a bunch of self-described punk nerds like Reversal of Man. Because that’s so punk right? ? (Read ROM’s vocalist Matt Coplon recount the story here).”

“‘You can’t be punk if you don’t care that dollar signs are everywhere.’ Speaking of Victory Records…It’s no secret that Tony Brummel, Victory Records’ head honcho, is a greedy corporate stooge in faux punk clothing. This just cements what a lot of the bands he fucked over have been saying throughout the years.

Eminem – “Nail in the Coffin”

“‘If you was really selling coke, well, then what the fuck you stopped for dummy? If you slew some crack you’d make a lot more money than you do from rap.’ Literally the nail in the coffin on Benzino’s non-existent rap career and the embarrassing bookend on Source magazine’s once legendary status.”

“‘And I got a few words for the moms of young Barbs: Guess who supporting a child molester? Nicki Minaj.’ Two words can only describe this scathing diss track: Body bag. Nicki stay shook. “

“‘Malamang tatakbo yang logic.’ Ice fires at all the prep hop clowns right out the gate and spares no one. Backed hard.”

“‘Magnanakaw ng istilo ng iba. Balik mo na yan kay Mac DeMarco hinahanap na niya.’ Go to any of our shows and Calix will straight up tell you which culture vulture of the local scene this song is about. We got eyes on your dress, leech. No beef squashed.”

SHAREWhether you’re a weab or just a fan of Japanese cinema, this new...

SHAREThe director of “Sailor Moon” is back to helm a new story about...