“In a world of incessantly proliferating images, the idea that a moment can go unrecorded seems unfathomable,” photographer Sai Villafuerte writes in her photo essay’s introduction. “My images hope to challenge this, evoking a sense that time and space have been left suspended. There is a certain beauty that is captured during moments of silence and contemplation, such as in the act of holding one’s breath. This kind of mindfulness is sacred where if ‘the breath is irregular, the mind is unsteady’ as quoted in the fifteenth-century Sanskrit text Hatha Yoga Pradipika, ‘But when the breath is still, so is the mind and [one] obtains the power of stillness.’” 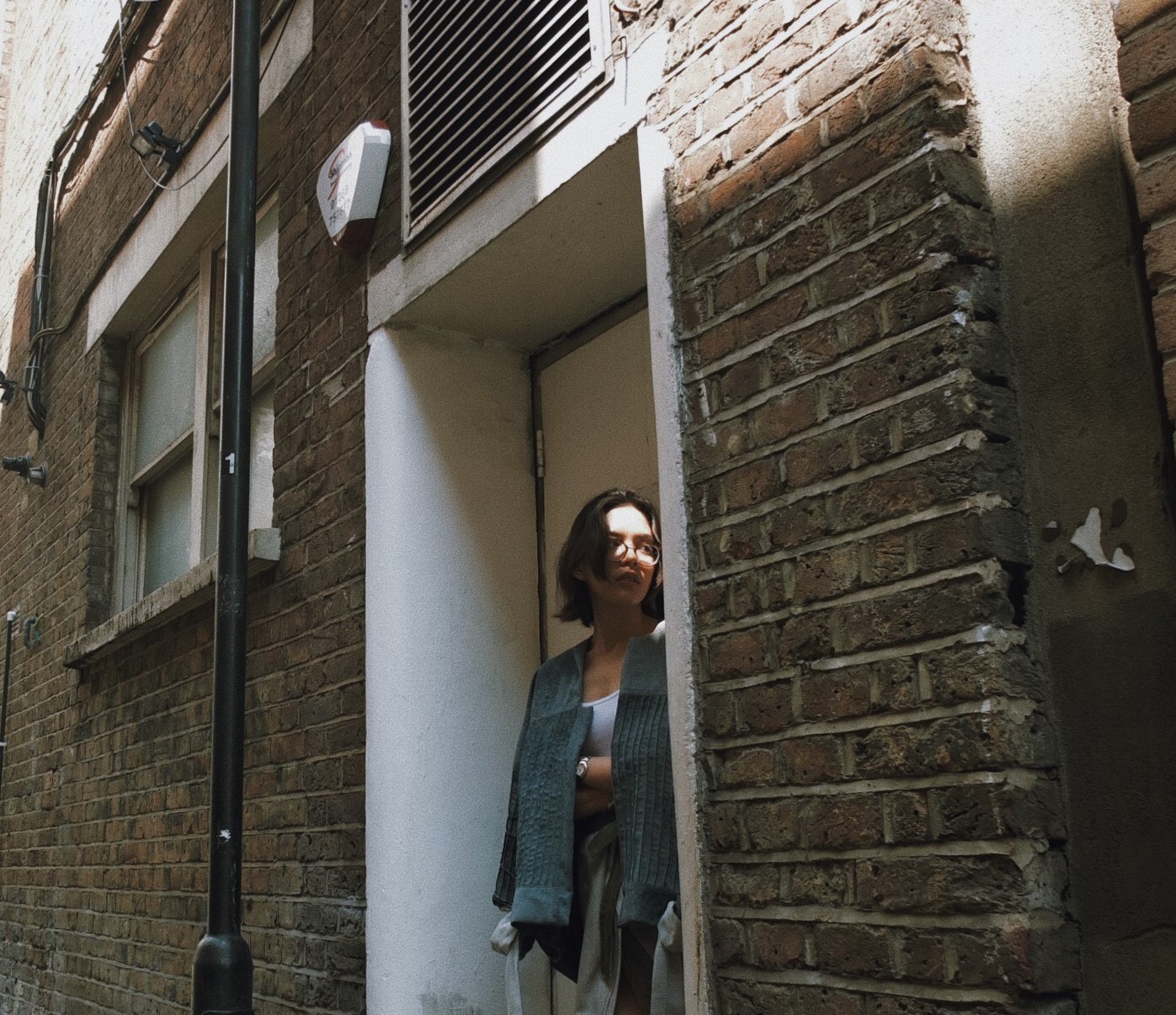 In Sai’s Holding Your Breath, she captures various images from different locations across Europe, focusing on mundane, yet intriguing visions. We got to talk to the London-based photographer about the art scene in England versus Manila, the essence of analogue, and why photo essays remain relevant to this day. See the full interview below along with photos and text from Holding Your Breath.

Hi, Sai! What have you been doing over there in England? What brings you there?

I’ve been studying in England for the past five years. I came here to study my last two years of high school where I pursued photography, media studies, and English language and literature. Media studies introduced to me the idea that not everything in the news should be trusted and that the media, in all its forms and excess, is relentlessly polished. When you’re 17 years old, coming from a sheltered Manila lifestyle, and you are yet to see how the ‘real world’ works, this idea can seem ground-breaking! I went on to do a three-year bachelor’s degree in media studies and sociology only to find that my second year was going to be heavily corporate-centered. I decided to switch courses and do international politics instead, seeing that it touched on more theoretical concepts which I liked. Between my studies, I interned at various places — SUITCASE, Monocle, and Unicef UK just to name a few. Now, having just graduated, I’ve been working really hard on my writing and photography. I’m going back to school in October where I will be pursuing a two-year MPhil in Development Studies at the University of Oxford. 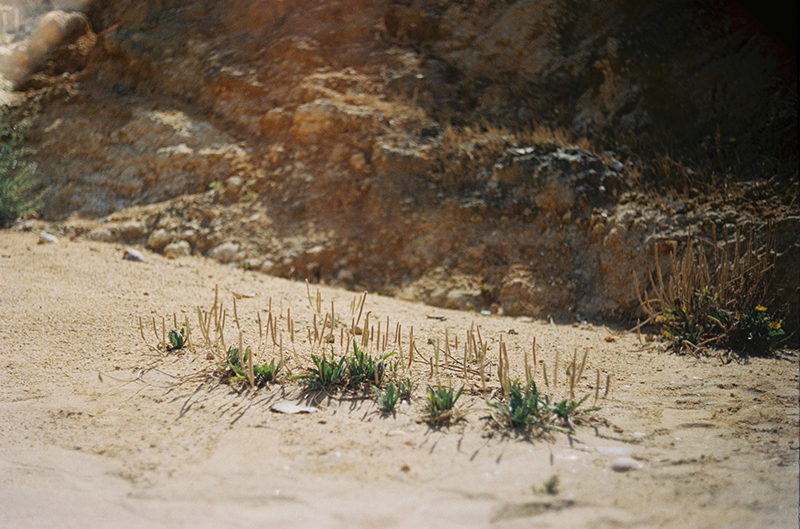 How’s the art scene like in London? How does it differ from the one in Manila?

There is no other place in the world where contemporary art is thriving better than in London. Because the standards of education are so high, even the most compelling ideas are given a chance in the public discourse where people of such diverse experiences can join in on the discussion. There is a general sense that artists don’t only produce works for collectors but also for the sake of an idea. I find that really admirable.

I guess that’s the difference between Manila and London. In a country where the most basic subsistence can’t even be met, our cultural legacy was never central to the national dialogue. Our institutions are not strong enough to protect the arts and the ones that do exist are not active enough in promoting it. In Manila, art is valued in terms of what is more ‘collectable’ or whether the artwork will appreciate in the future. The art scene is conservative in that sense, limiting the means through which artists can work in. But I can also see that a lot is being done to change that. As we all know, things in the Philippines move pretty slowly. But I am quite optimistic, actually. 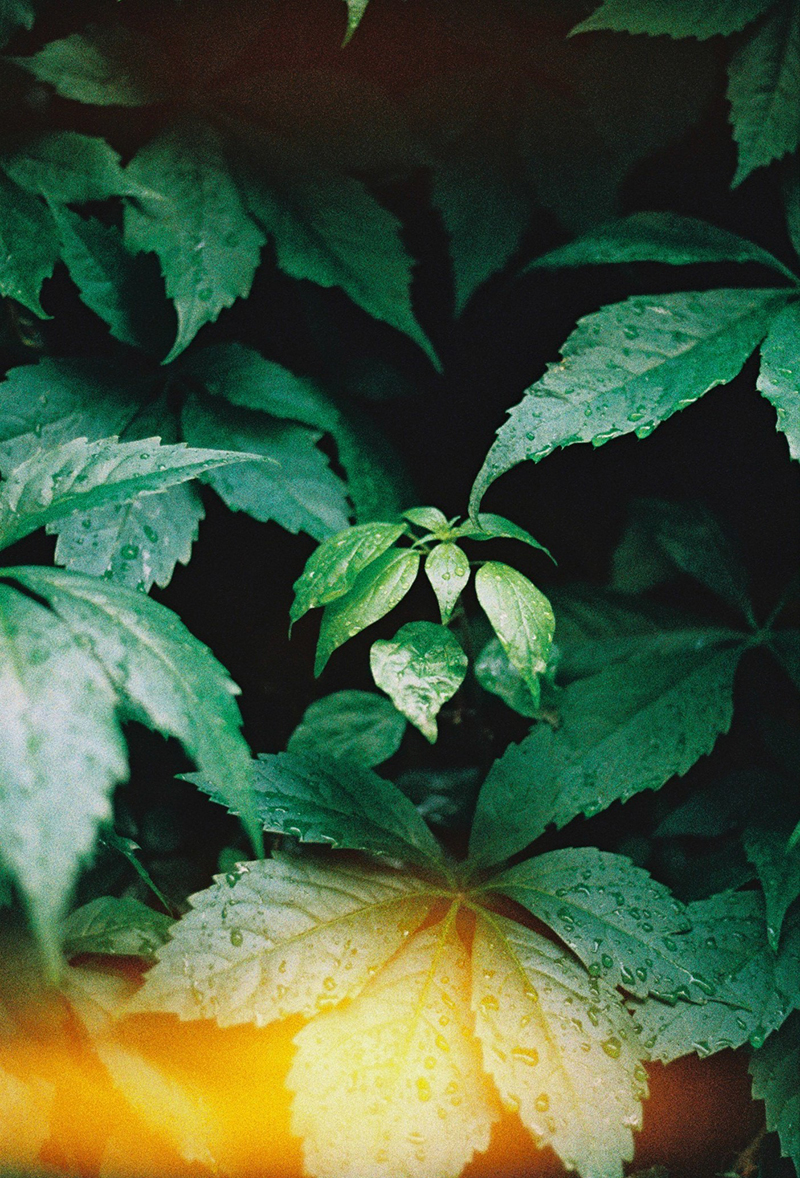 “Battersea.” When looking at a photograph, there is a certain stillness – a silence – between the viewer and the image. These uninterrupted conversations can be the source of such profound meaning, yet it requires a concentration that is difficult to characterise. Photographs of the natural world are especially skilled at this where even the holy design of foliage can elicit feelings of the sublime, feelings which are of immeasurable strength.

What was the inspiration that drove you to produce “Holding Your Breath”?

I’ve recently been facing a kind of creative crisis with my photography. When I was at university, I didn’t have much time to produce new work and when I did they all felt somewhat compulsively created. I think it had a lot to do with the way we treat digital cameras. Whenever we choose to take a photograph, the intent is always there. We want to capture the moment. But these images often get lost in our phones, our computers, and our hard drives. Years later, we become so overwhelmed by their sheer number that we don’t ever get to see them anymore. I decided to do something about this by using film again. I found myself capturing these ordinary moments with the same intent but I was forced to work at a much slower pace. Given that film only gives you thirty-six or so shots, you have to be careful with what you photograph. When that moment comes, you maintain a certain stillness. Holding your breath helps with this. It must be what it feels like to be behind a sniper rifle.

Why decide to do a photo essay instead of a collection? What is it about the photo essay medium that is so compelling?

So often is it the case in photography that images are taken out of context. Having written countless of papers and articles, the essay form has always been helpful in driving the point home. In the arts, the ‘point’ is so easily misconstrued. I want people to understand my work but I want it to be understood in the way I intended it. I want it to spur a conversation that I know I can contribute to. If images speak louder than words, then combining images with words is a riot. 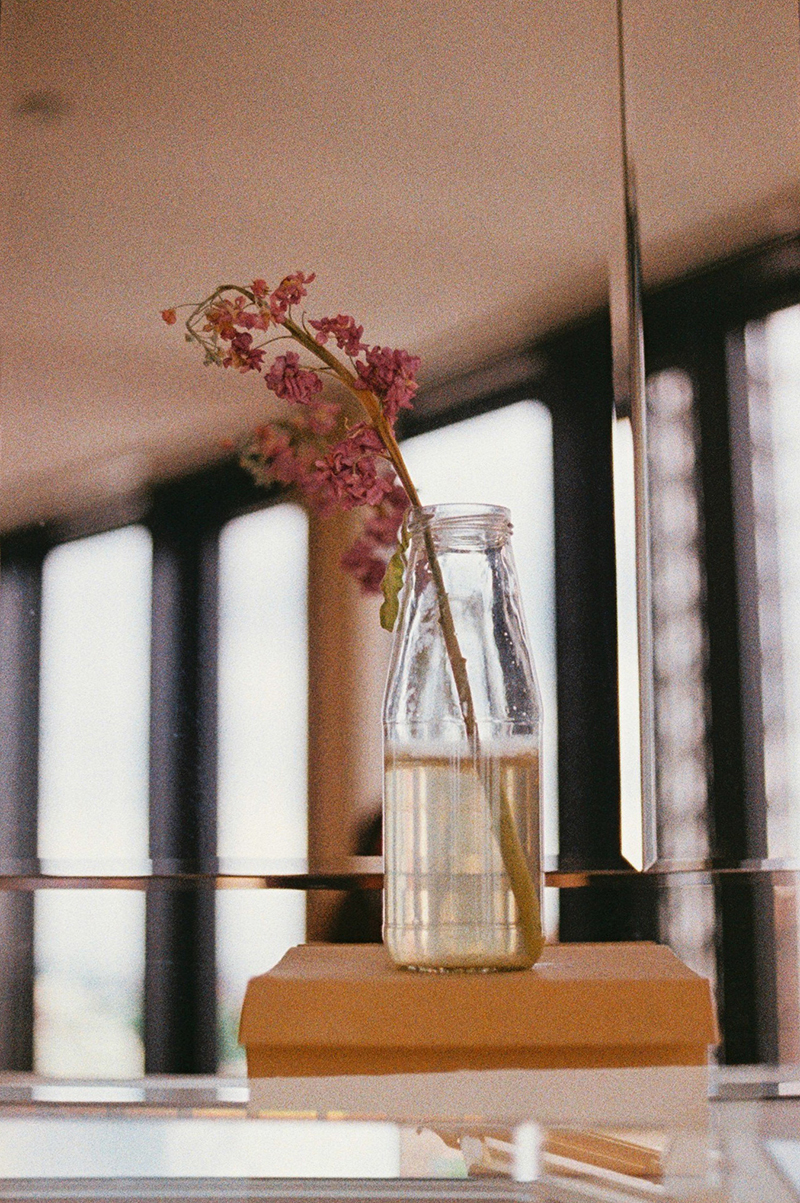 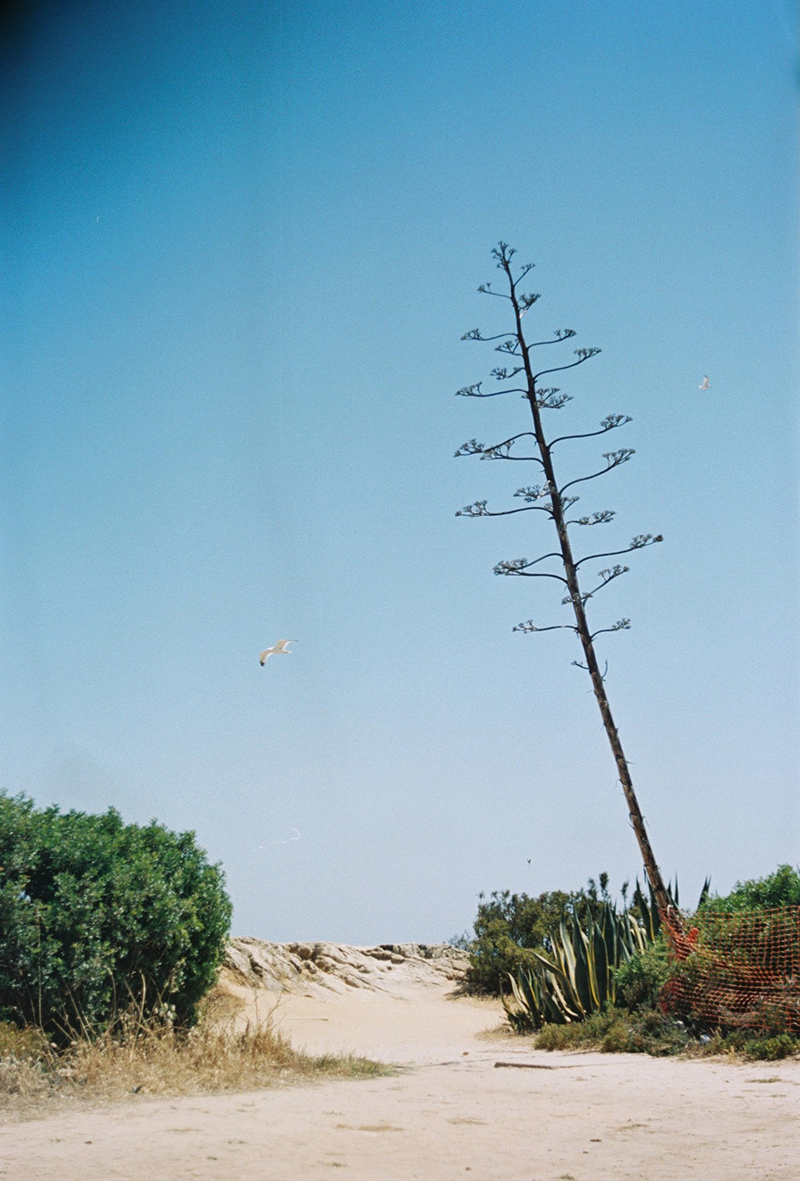 Where were these photos taken and what did you find interesting about them?

These photos were taken in various places. Battersea was taken on the patio of a friend’s house in London while Dying Flower was captured inside my apartment. Praia de Dona Ana and Alvor were taken at different beaches in the Algarve coast during my graduate trip to Portugal. Superkilen and Israels Plads were taken earlier this year in Copenhagen. Aptly, the images are titled after the places I took them in, although I’m not sure if it was the places that made the photographs interesting to me. I guess even the most unsuspecting places have their own pockets of beauty. But I try not to ‘look’ for a photograph anymore. In doing so, you become so removed from the moment that you forget to live it. We tend to forget that photography is just one small aspect of the visual experience.

How would you describe your photography style?

This is the hardest question of all. If you asked me five years ago, I’d say that I was more inclined to the likes of Man Ray and Erwin Blumenfeld who produced very stunning portraits. But then I developed this itch to leave the studio and take my camera to the streets where Henri Cartier-Bresson, Vivian Maier, and Saul Leiter became major influences. Since switching to film, I’ve had to adapt to a slower and more tangible approach. I’ve recently become interested in the printmaking process where Wolfgang Tillmans and Albarrán Cabrera have been quite inspirational. But to be honest, I feel like I am still trying to find my voice so I am very wary of putting myself in a box like that. I don’t want to limit myself to such arbitrary categories. 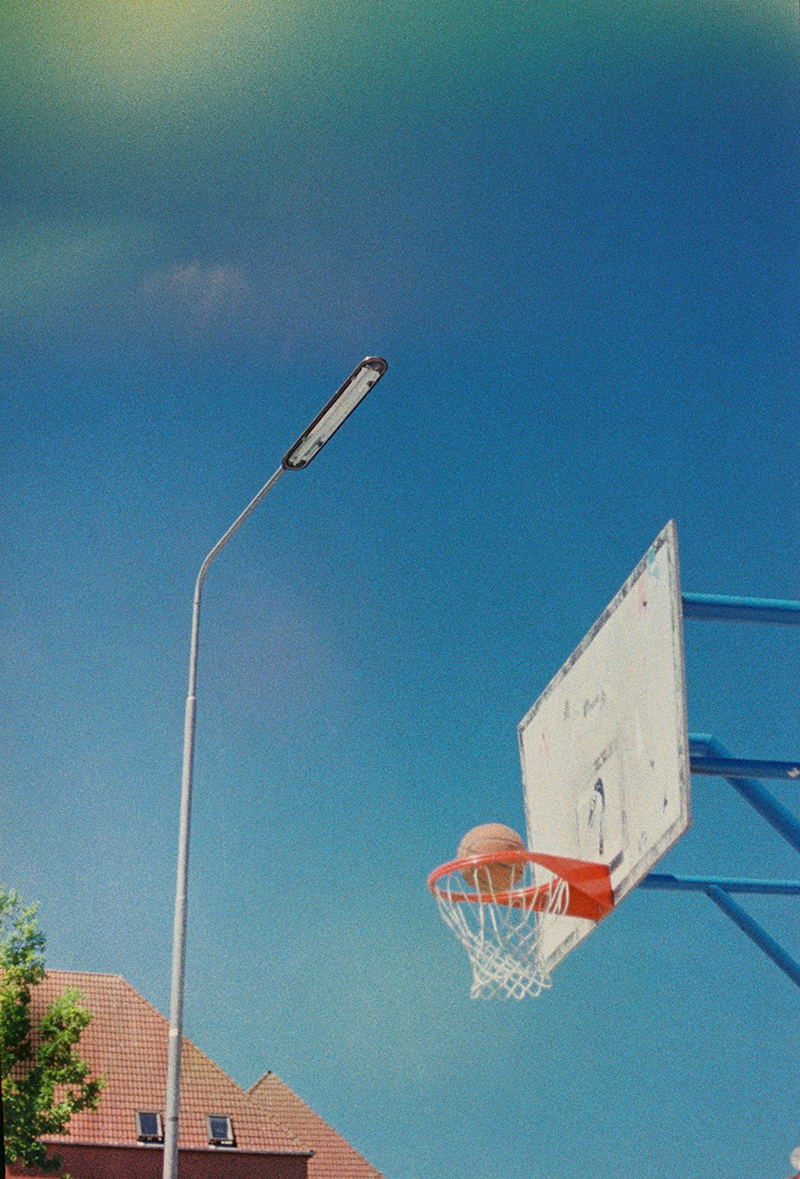 “Superkilen.” Unlike digital, analogue images rely so much on the personality of the celluloid. Each film, with its own physics and chemistry, is distinct from one another. How light plays into this equation, it is a marvel to think about. Photography is unique in this respect where it is the only art medium to capture our most immediate reality — a ‘slice of life’ — at the split of a second.

Why do you think people are so inclined to shooting analogue now? Do you think film will die someday?

Humans are extremely materialistic and the materiality of analogue provides an added value that digital can never achieve. Film is permanent. It doesn’t rely on electricity; it has a higher dynamic range; the chemistry behind it is simply beautiful. We don’t know the value of something until it’s gone and with so many films now being discontinued, people are feeling nostalgic for something that feels more real. In general, the production of film is seeing a downward trend but I think some form of it will always exist. As long as there’s a demand, there’ll always be a supply. But with digital providing instant results in an instantaneous world the selection of films becomes increasingly narrower, forcing us to come to terms with an inconvenient truth.

What can we expect from you in the future?

I hope to produce more photo essays, create more prints, and look into publishing my first photo book. I’ve started dabbling with novelistic writing which, as an essayist, can be quite daunting. But for now, I have to concentrate on my master’s degree so perhaps some academic writing too! 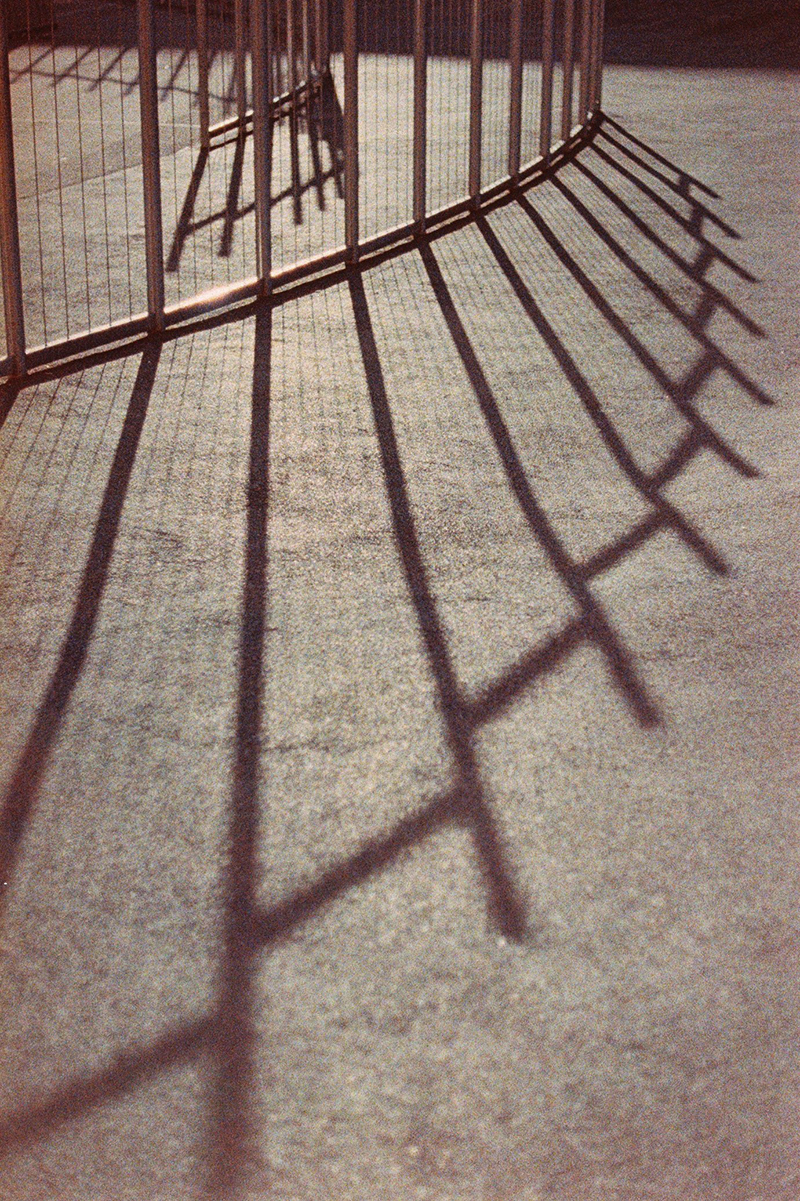 “Israels Plads.” Photography and literature tend to romanticise our slowest of days. The traveler, equipped with a camera and notepad, has handed herself the task to immerse her senses where her experience will not make her artistic work futile. I have learned not to find photographs but, rather, to find a feeling. In doing so, you build a deeper connection with your images where the most mundane can be stir wonder and fascination.

You may purchase prints from Holding Your Breath through this link. See more of Sai Villafuerte’s work here.

SHARESinger-producer and GOT7 member Jackson Wang just released his MV for “100 Ways”...