We don’t know about you, but we’re all sure as hell that we’re ready for a new James Reid music video. And we think that this music video for “The Life” will probably be his most special one yet. Recently, James’ partner Nadine Lustre put up an Instagram story announcing the video with some crucial details. 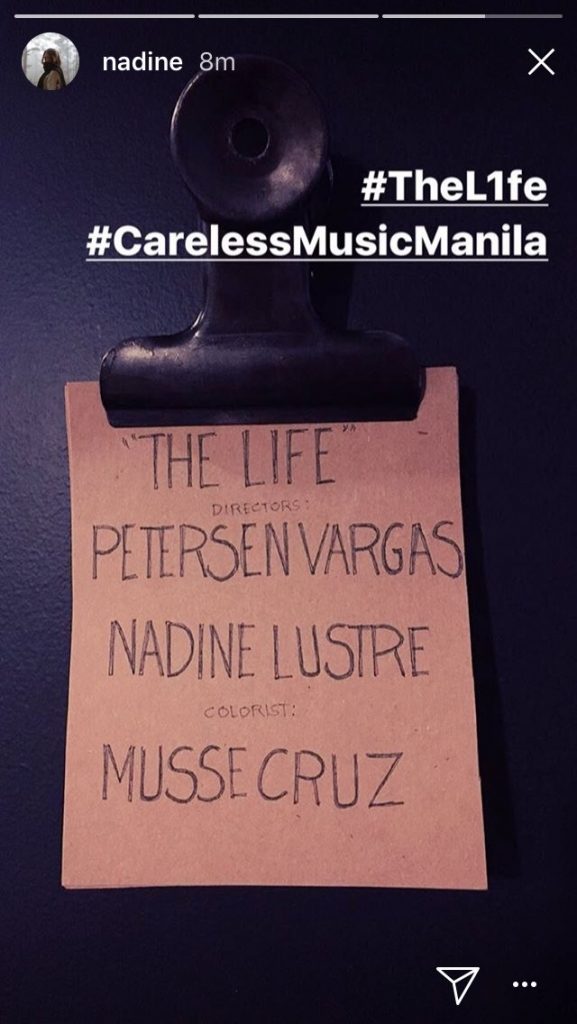 Yup, you’re seeing it right. Nadine will be directing the music video along with #Jadine fan and renowned local filmmaker Petersen Vargas. Petersen even claimed that he became a “bigger fan of the two” and refuted statements that said he guided Nadine in direction. He mentioned in a tweet that Nadine “knows what she’s doing & ended up giving some of the best decisions on set.”

seeing a lot w/ the assumption that I guided Nadine but TBH she knows what she’s doing & ended up giving some of the best decisions on set ? https://t.co/tL2tO3adL1

after the shoot I end up being a bigger fan of the two. they rly know what they want &, more importantly, how to pull all of that off ?

As for us, what else can we say? We’re stoked AF. A collaboration between Jadine and one of our favorite directors? Sign us all up. We’ll definitely be here keeping our eyes peeled.

SHAREWe rarely see K-pop stans and sneakerheads getting hyped about one thing. But...