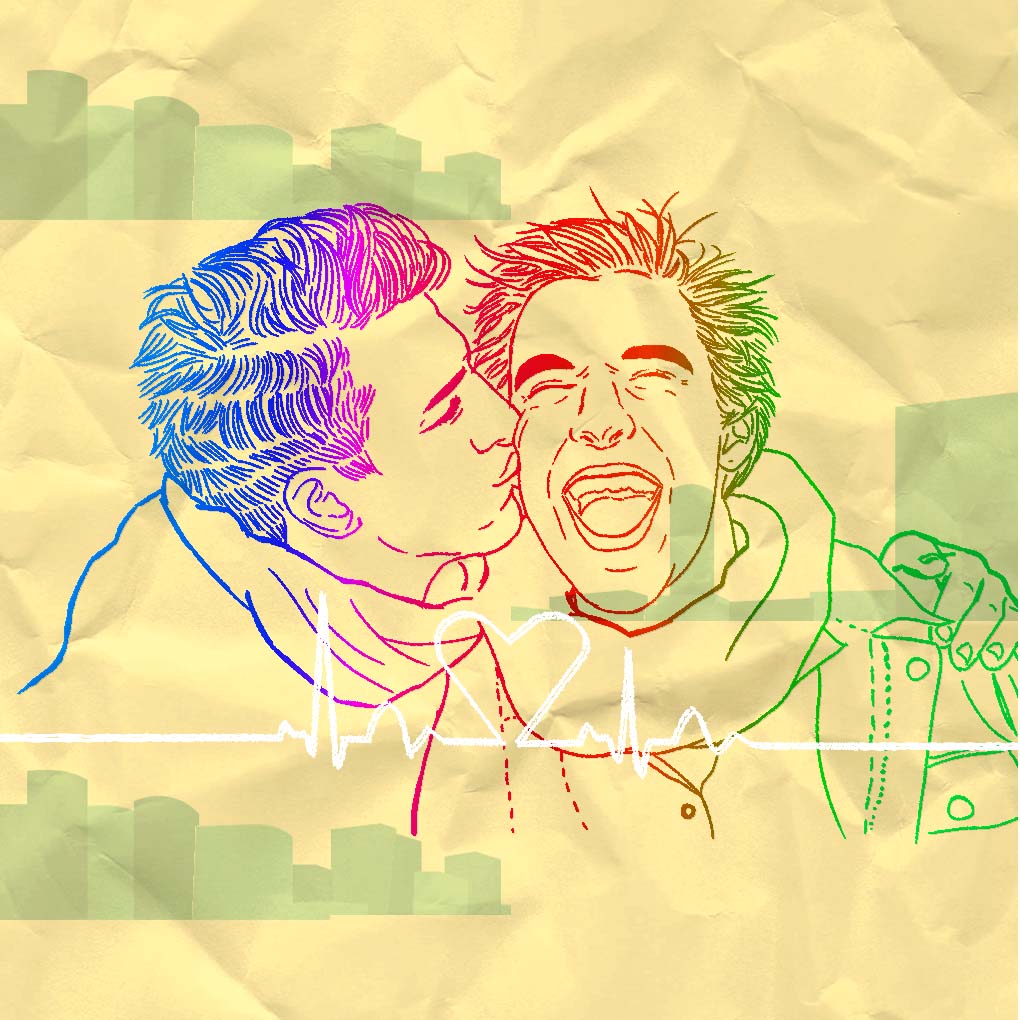 About a week ago, shoulders hunched and beaming with pride, I pored over the newest issue of Team, a decidedly homosexual men’s magazine that operates out of Paolo Lorenzana’s brainchild, Canned Cactus Publishing. Rifling through the pages of one of our country’s first gay publications, it became clear to me that this magazine was here, and it fully intended to stick around. Team is playful but subdued, and very clearly gay. It was a novel privilege to have local media that didn’t feel the need to pander to mass appeal in favor of better margins. Maybe, I thought, our voices are becoming just loud enough to sound different.

But as is the case with many of the victories we’ve celebrated as queer people in the past six months (consider Geraldine Roman’s election into the House of Representatives, and then Manny Pacquiao’s election into the Senate), the glow of this minor win was short-lived. This is because that same night, I found out that some 50 people in Florida had been killed at the hands of a straight man with an assault rifle and a history of domestic abuse. The news didn’t just sting, it cut and tore at the parts of me that knew beyond all reason that I was still unsafe, but hoped and believed otherwise. But the flames were only stoked by stories that were told after.

With the heartbreaking news came a deluge of tweets and Instagram posts expressing regret and outrage, all well-meant, most coming from individuals and instead of institutions. While some media outlets tried their best to express sympathy while keeping neutral on the matter, the effect was only a vague flag-waving that called for “love, not hate.” I’m not a journalist, but the internet has endowed me with the knowledge that all this is done in the pretense of journalistic objectivity. Journalists must cleanse their bodies of bias and become shells of austere detachment  so that the elusive truth can flow through them.

I can’t help but question this norm, especially when a person has already, beyond reasonable doubt, used violence to take lives. Why sit on the fence when it’s the loss of lives that sits on one side? Surely, whatever awaits on the other—lost readership, claims of biased journalism, even tense investor relations—become a slap on the wrist in comparison to the suppression of the truth.

Truth—there’s that word again. As the fourth estate, the media has a vital role in the communication of “the truth,” whatever that means. Historically, it’s meant holding governments accountable for the shit they pull,  (as in the case of the Philippine Daily Inquirer during the suppressive Marcos era), or rallying together the country’s brightest minds to inform and liberate (as in the case of La Independencia.) For minority groups especially, media outlets continue to be play a crucial role in the spread of information that will move us towards equality. But this potential underutilized because many media conglomerates refuse to take a stand.

Soon after the news about the shootings broke out, a friend of mine said privately that he wished the media would stop labelling the shooting as having happened at a gay nightclub. The logic was something along the lines of extremism being an equal opportunity murderer. It was true: 41% of the people who died in 9/11 were Muslims. But it was also true that the man who was responsible for this act, 49 dead and 53 injured at his hands in a gay nightclub, once lost his temper at the sight of two men kissing. And yet, major media outlets have given none of the men that the victims have kissed even a moment in the comprehensive profiles they’re written for these victims.

For us to be truly free, we need to be equal. But equality isn’t about skimming over our differences, it’s about realizing that what makes us different also makes us vulnerable. In the case of Pulse, this vulnerability led to death. With recent developments exposing that the gunman was actually gay himself, it’s becoming increasingly evident that the incident may be driven by self-loathing and internalized homophobia, rather than religious extremism. The opportunistic right with Drumpf’s mop head at the helm can appropriate these deaths as cases for racist policy all they want. With both motives being neither proven, or even mutually exclusive, the media cannot claim to know all yet. Authorities are already on that. (And because Omar Mateen is already dead, they—we—may never know.)

Until we do know, it’s necessary that we acknowledge the crucial details. Many of the 49 people who died were students. One was an accountant. One loved his mother’s tomato and cheese dip. All were either gay, or gay allies. Write it down, or tell a friend, or tell yourself. Only the things we say have a chance to become the truth.

SHAREPride is a worldwide celebration of our LGBTQ+ community. But people seem to...