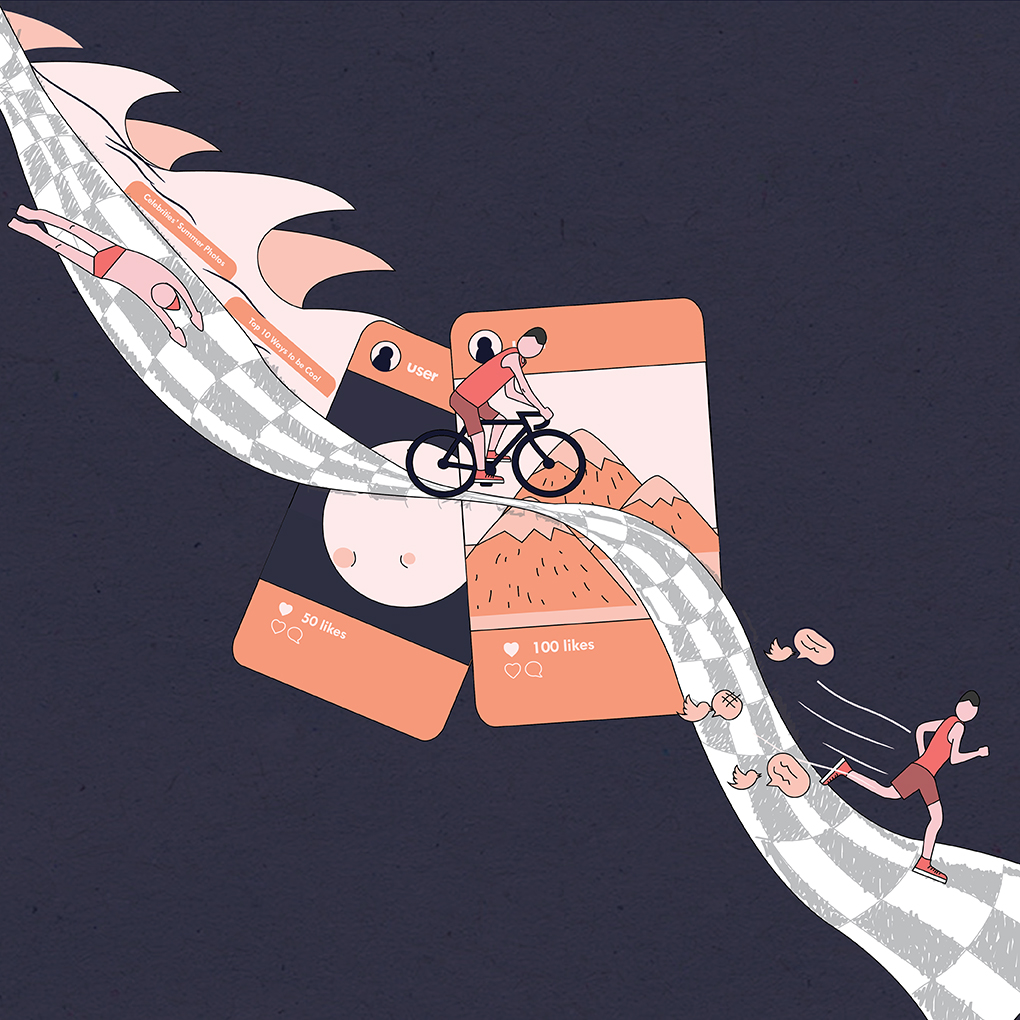 The Philippines has a total population of 101 million. And according to the recent study, 47 million of us have active social media account. (How exciting would it be to organize meet and greet or rave party with everyone? Rubbing with elbows with celebrities, politicians, elites, intellectuals, school hotties, drug lords… oops.)

Social media allows us to connect and make new friends. It provides enjoyable news and information, both useful and rubbish. There, we get to see videos of pure talent and Jessy Mendiola’s Boracay pics. We become witnesses of intellectual debates by PhDs from slums and unemployment. Indeed, it’s a great galaxy of entertainment.

When I signed up for social media, I didn’t know that I signed up for triathlon. I compete every day—not to win anymore, but to survive. I swim in a vast sea of information from sites and news feed, cycle around places to update Instagram posts, and run away from bashers and comments I don’t want to deal with (not to mention foolish viral videos and memes around). Ironman triathlon is nothing compared to the triathlon I’m in. Mine never ends. And unlike other triathlons, there are millions of us here.

By the way, there’s no preparation in this competition. I start the day in it and end the day in it (even my sleep is sometimes interrupted). No warm ups! Once I’m in, game starts. Unless you’re willing to take time and say, “Okay, I’m going online. I need to get in shape.” But no one does that.

[pull_quote]When I signed up for social media, I didn’t know that I signed up for triathlon. I compete every day—not to win anymore, but to survive. I swim in a vast sea of information from sites and news feed, cycle around places to update Instagram posts, and run away from bashers and comments I don’t want to deal with (not to mention foolish viral videos and memes around).[/pull_quote]

If only social media could develop my muscles, I’d challenge Dwayne Johnson to arm wrestling. Or let Baron and Kiko tie up against me. But fuck, truth is my greatest competitor is social media itself. And it doesn’t do anything on me except stress.

Because of this torment, I envy George Eliot’s character, Adam Bede. His idea of leisure is far from ours. (Note: following is a long quotation from a novel. You know, that prehistoric thing that is almost similar with your ipad. But much thinner and doesn’t have the scent of wood and pests.)

“He only read one newspaper, innocent of leaders, and was free from that periodicity of sensations which we call post-time. He was a contemplative, rather stout gentleman, of excellent digestion; of quiet perceptions, undiseased by hypothesis; happy in his inability to know the causes of things, preferring the things themselves. He lived chiefly in the country, among pleasant seats and homesteads, and was fond of sauntering by the fruit-tree wall and scenting the apricots when they were warmed by the morning sunshine, or of sheltering himself under the orchard boughs at noon, when the summer pears were falling.

“He knew nothing of weekday services, and thought none the worse of the Sunday sermon if it allowed him to sleep from the text to the blessing; liking the afternoon service best, because the prayers were the shortest, and not ashamed to say so; for he had an easy, jolly conscience, broad-backed like himself, and able to carry a great deal of beer or port-wine, not being made squeamish by doubts and qualms and lofty aspirations. Life was not a task to him, but a sinecure…”

I know I can quit anytime. I can disable my social media account or just don’t sign in at all. I can leave at peace away from Internet drama. I can find actual leisure activities like an actual triathlon (I might even find my own Joyce Pring there). Why not be like Adam Bede? Or Barney Gumble? Yeah, cheers!