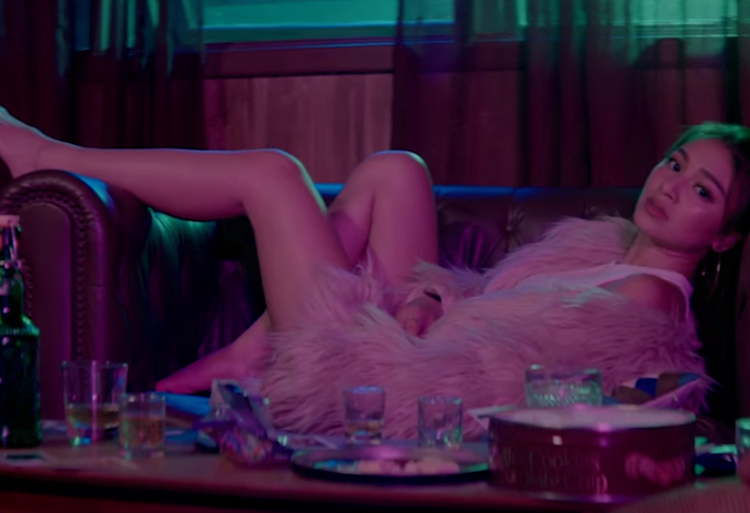 Like yet another bomb that came in the middle of the night, Nadine Lustre finally released her much-awaited music video for her R&B/pop single “St4y Up.” Directed by Petersen Vargas, he totally wasn’t kidding when he described the video with multiple fire emojis. In her MV, Nadine is shown attending a party with friends and having a grand time until everyone is tired, allowing her to spend time (literally) staying up all night with a boy she’s interested in. At first view, it may seem like your typical fun night out video, but we noticed some things that made it even more special:

When we first saw this, we initially thought Nadine was texting whomever she was paired with in the MV. And then after pausing and zooming into the screen, we realized that this was actually a tribute to her late brother who passed last year, Isaiah Lustre. Nadine asks Ice what he wants, to which he responds a family dinner and a time at the food park. Nadine then replies that she misses him. Whew. Talk about how unexpectedly heavy this got. We really didn’t expect to tear up a bit.

No James to be found

Instead, we get this dude, who sort of has a similar James Reid-vibe. We actually predicted that James was going to make a brief cameo at the end, just like Nadine did in the video for “Cool Down.” But nope. This isn’t really a bad thing though. We love that the entire MV focused on Nadine and Nadine alone. This was indeed her time to shine. Besides, we’re sure that James was hands-on behind the scenes, from helping Nadine write “St4y Up” to giving her the “piggy back ride when [she] couldn’t walk on [her] own.”

We love the dance cuts in the video, which featured frequent Scout collaborator and stylist, Florian Trinidad (top image, in all-black outfit). Nadine herself also surprised audiences with her own dance sequence in the midst of vintage cars and lighting. It was definitely a treat for fans, almost reminiscent of a K-pop video. Fire emojis well-deserved. We stan.

Haven’t seen the video yet? Check it out right here: