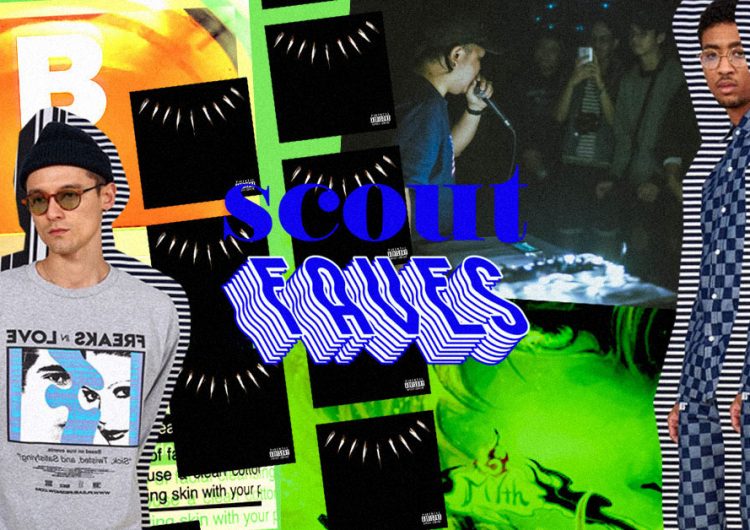 “Not to Die Yet” by Pure Mind Quiet Heart – Heard this live at Mow’s last Saturday. Glad that PMQH’s exploring different areas sonically, and I think “Not to Die Yet” is a nod to his screamo roots. Tight stuff.

“Paramedic!” by SOB X RBE – I’ve been playing this track on loop all weekend. Things to take note: 1) The intro (“I am Killmonger”), 2) The beat switches (check how the beat transitions to SOB x RBE’s “Anti”), and 3) The intentional connections–SOB x RBE are a bay area group, Kendrick is from California…maybe Killmonger grew up in California? Anyway, this is the hardest song in the album. None of that La Di Da Di Da shit. Fight me.

Black Panther OST – I was already crazy hyped for the Black Panther movie ever since I watched its trailer (give me some Michael B. Jordan PLS), but now I’m even more excited after listening to the soundtrack, which dropped late this week. Kendrick Lamar put together an amazing pool of rap, hip-hop, and R&B artists, including SZA, Anderson Paak, The Weeknd, Khalid, Travis Scott, and so much more! The tracks here are killer and you’ll be playing it over and over once you start.

Myth: Inflammation by Zelda Wang – I’ve always been into Greek mythology and the stories of Greek gods and mortals. Zelda Wang is known for her comics as well as her own portrayals of popular Greek myths and I fell in love with her work on Hades and Persephone while I was still in school. She’s currently working on her comic on the story of the god Hephaestus and it’s a cool insight on his origin, his relationship with his mother Hera, and how he got to know Aphrodite as well. If you like Japanese manga, this is a great read (but beware if you don’t like comics that are still ongoing!).

Pleasures’ “Freaks In LOVE” Spring 2018 Collection – Leave it to Pleasures to raise a few eyebrows with every collection they put out. Exploring the themes of “destruction, heartache, and self-exploration,” they stay true to their punk music roots by making nods to The Clash, Alice Donut, Morrissey, and more. I’m especially liking the trucker jackets, ’90s-inspired striped tees, and the text-heavy Evolve button-down Shirt.

Magazine B: Aesop issue – I’ve always been a huge fan of Aesop as a skin care brand but also the way they put such meticulous research and detail into design. As founder Dennis Paphitis put it, “I’ve always imagined [Aesop] to be the equivalent of a weighty, gold charm bracelet on the tanned wrist of a glamorous, well-read European woman who has travelled and collected interesting experiences.” With that said, I just knew I had to get my own copy of their Magazine B issue so I could nitpick every aspect of their branding, history, and ethos.

SHAREGood news, edgy teens with the clamoring for stylized and humorous yet grim...

SHARECity pop fans around the world are freaking out right now. After 35...