GC:123 is a culmination of one of street art’s most beloved characters 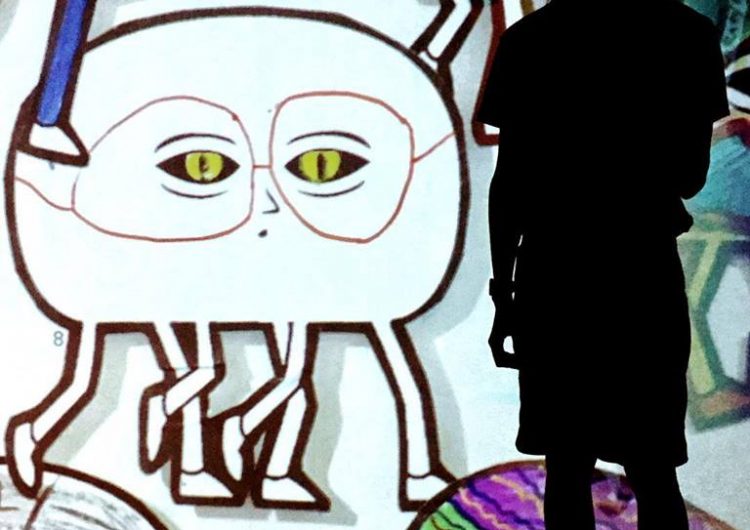 It’s a creature we’ve all encountered, and a caricature we’ve probably come across one way or another—perhaps on the bathroom tiles of an underground bar or the walls of an art gallery. Garapata, artist Dex Fernandez’s beloved character, has come to be one of the local street art scene’s most recognized faces since he entered the world of graffiti in 2006. Inspired by a tick infestation that beset his pet dog and household when he was a kid, Fernandez uses a collaborative approach to his art, encouraging viewers to be “infested” and become “hosts” to his creative process.

His unusual muse and eclectic talent has since garnered him local and international traction, with his works being shown in Pinto Art Museum, Cultural Center of the Philippines, Palais de Tokyo in Paris, Primo Marella Gallery in Italy, Topaz Arts in New York, and Singapore Art Biennale (2016), among many others.

This month until March 4, Garapata makes its way back to the Cultural Center of the Philippines once again for GC: 123 (Garanimation Chapter 1, 2, 3)—an ode to the amiable parasite. Split in three chapters, it is a video narrative depicting Fernandez’s past collaborations and artistic journey. GC:123 opens with a walk down the streets of Tokyo, where the character begins as an awe-struck child on the cusp of innocence, and concludes its evolution with a more mature and daring perspective. Each chapter mirrors significant personal and social experiences in the artist’s life and journey. As Fernandez shared in an interview with Kalsada.com, “[Garapata] is simply a slice of life in a manner of whimsical humor. A mixture of both the deep and superficial.”

Catch the artists’ reception on February 15, with an audio set by Vitamin See and food by Chili Asylum. The show runs until March 4 at the Cultural Center of the Philippines Main Theater Building, located at Roxas Boulevard, Pasig City.

By Isabella Argosino
Photos courtesy of Garapata and Dex Fernandez

Let’s admit it: being labeled a geek or a nerd isn’t as bad...