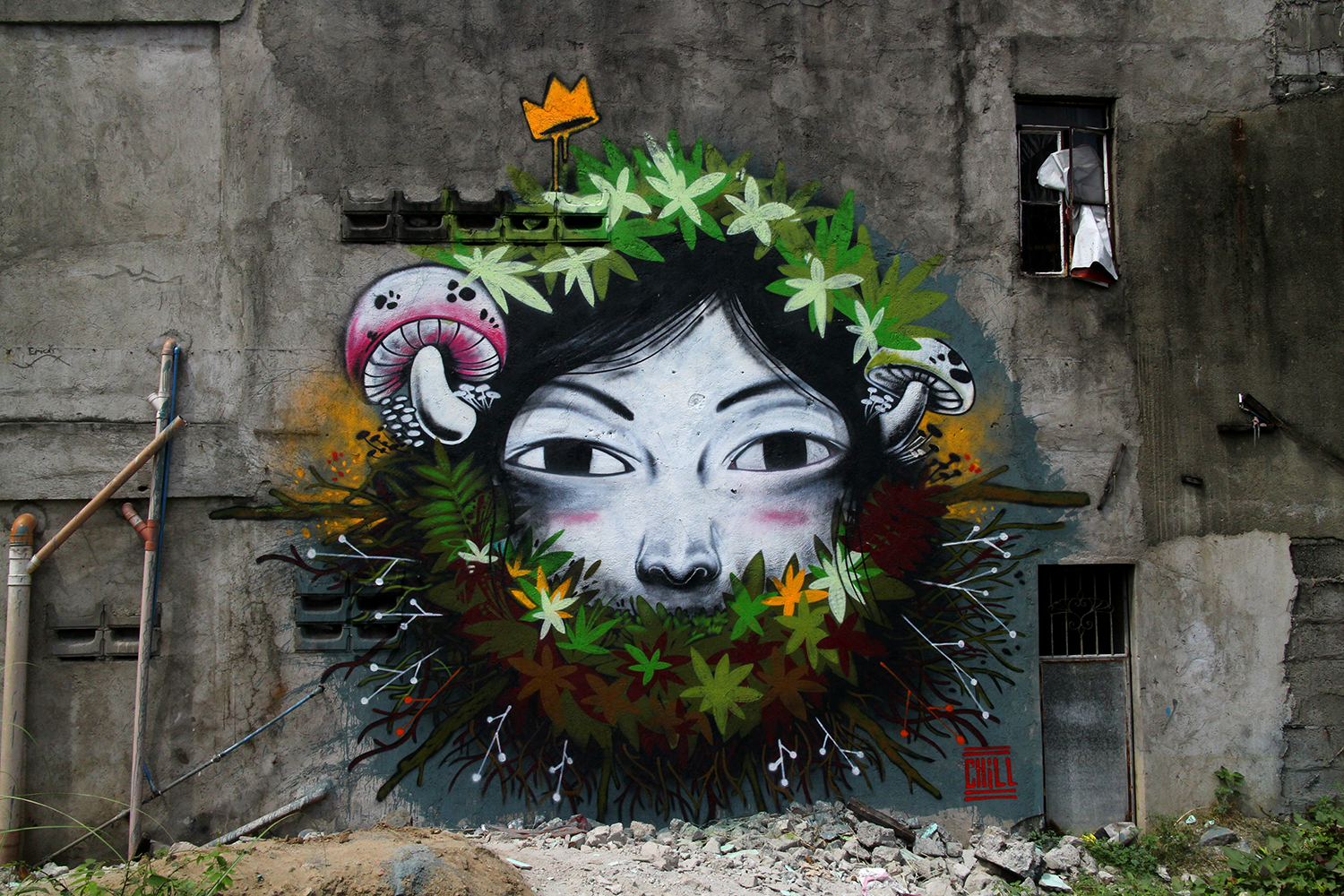 There’s a certain generosity found in street art. How, from just going through our daily commute, we catch a glimpse of something that’s so arresting and out of place that our routine is broken. Maybe that’s the beauty of finding art in the streets: it interrogates our comforts, from what we deem “normal” to the way we consume art.

As the streets are turned into a wide, stretching canvas, street art is becoming more and more transparent to everyone that navigates the city. Pilipinas Street Plan, or PSP for short, is the result of these artists banding together to form a community that has not only taken their art to the streets, but brought the conversation about street art to a wider audience. Nemo Aguila, one of the core members of PSP, shares some insight about their collective, the scene and beyond.

PSP is more than a decade old. What are the differences from before and now that you’ve noticed when it comes to your style, your processes of making art?

We’ve noticed a transformation, an evolution when it comes to our style. We know what we want to do more. When it comes to skill, I feel like we know more about what we’re doing, because through the times that we’ve been doing our art individually or as a group, we’ve been honing our craft. But we still explore. Sometimes if you keep on doing the same thing, you might get sick of it or you might get bored of it and you won’t grow anymore.

Between then and now, have there been any differences in the culture of street art?

From the culture that we find ourselves in, I think it got bigger. The scope of what we do and our audience also got bigger. There are so many people making art and graffiti in the streets. Everywhere you look there’s no chance that you won’t see any tags or stickers. Institutions, like galleries and commercial companies, are also taking notice. There are locals that are traveling outside of the country just to paint at the walls there and also to represent our country. In short, we can say that street art is becoming more accepted than before. One good thing in this culture is that there’s camaraderie. Everybody knows each other and everybody supports each other and each other’s groups. The scene is much more whole in that sense.

How many members does PSP have currently? Where are they from? And how can you join?

There are more or less 20 active members in PSP that continually work in the streets. We operate in different places, from Manila, Laguna, and Cavite, to Cebu, Tacloban, and even Dubai.

On membership, we don’t base it on skills alone because there are a lot of people out there who are good. What usually happens is that we invite random or active people that we see that work in the streets, people who have potential. We invite them to our paint sessions, activities, events, and exhibitions for them to participate in. Then it becomes a usual thing. Eventually it happens when we see their initiative and willingness to step up in handling our projects. Because that’s where we can observe how serious they are, and how it’s not all about the hype or the popularity. This is passion. And we know making art in the streets is selfless.

Currently we don’t have any new members, but PSP is still growing because we are not a crew. We are a community of individuals that work and share passions about street art.

What are the memorable moments from PSP’s  history?

I think [the memorable moments were] during the beginning when we first started out,  how PSP came to be, and how the members joined one by one. You were very lucky if you were invited to be a member.

Also at the beginning we really didn’t have any idea about what we were doing. If we had any it would only be a little. What we did back then wasn’t really good because we worked on spray paint. We really started illegally, without asking permission, working at night when it’s dark. That was the thrill. Painting outside was like stealing.

What does PSP strive to attain? What do you want to share to people who see the art your group makes?

What we strive as a group now is the same as when we started: to share to other people, to the masses, to the public, the art that we make in the streets that is so easy to see. The only thing you need to do is to open your eyes and go to the street. Another thing is to educate the students and other people about making art in the streets through talks and sessions that we hold in schools, universities, and in the streets.

Graffiti and sticker art fade away after time. What do you think of the non-permanence of the art that you make?

There’s nothing we can do about that. You know that it can be lost, it can be erased or painted over. The importance is that you put it there, that you made it at that spot. And you see other people see it, even if it was only one person. That is what’s important. Documentation helps, though.

Male gaze? We don't know him