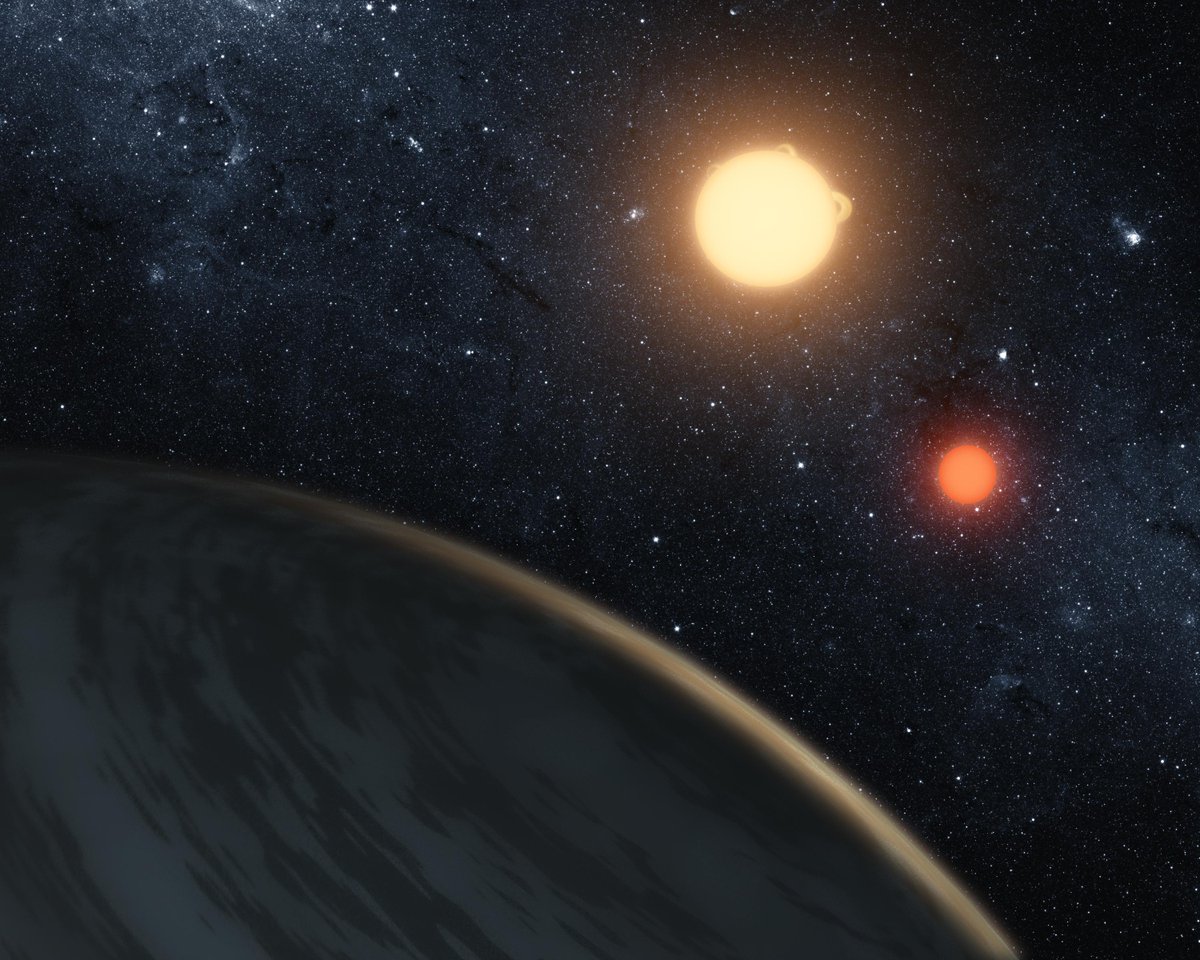 The Star Wars universe may be a fictional creation of George Lucas, an unimaginable reality of a galaxy far, far away, but apparently NASA has found an exoplanet orbiting two suns similar to that of the planet Tatooine.

Look back at that iconic scene of Luke Skywalker from Star Wars: A New Hope and take in the breathtaking view of two suns rising and falling as it orbits the planet Tatooine. That’s what exoplanet Kepler-1647b, approximately 3, 700 light-years away from Earth, gets to experience in its 4.4 billion years of existence.

The exoplanet is 11 times bigger than our planet, similar to the planet Jupiter, and sits in a habitable zone, where it receives the right amount of heat and liquid water to pool on its surface. However, the exoplanet is entirely made up of gas; researchers regard the possibility of its moons having lifelike formations, similar to Earth.

Kepler-1647b is the largest Tatooine-like planet (a “circumbinary”) to be discovered by NASA’s Kepler mission, a space observatory project by NASA in 2009 that will end in 2017. Because of its 11-year long orbit, it took researchers longer than expected to confirm the existence of the exoplanet. Circumbinary planets, as said by researchers, are harder to confirm due to varying orbits.

Out of the 1,284 exoplanets discovered by the Kepler mission, nine are confirmed to be within habitable zones, including Kepler-1647b.

Let’s just hope that this discovery doesn’t signify the existence of a Sith lord hell-bent on wreaking havoc in the galaxy.