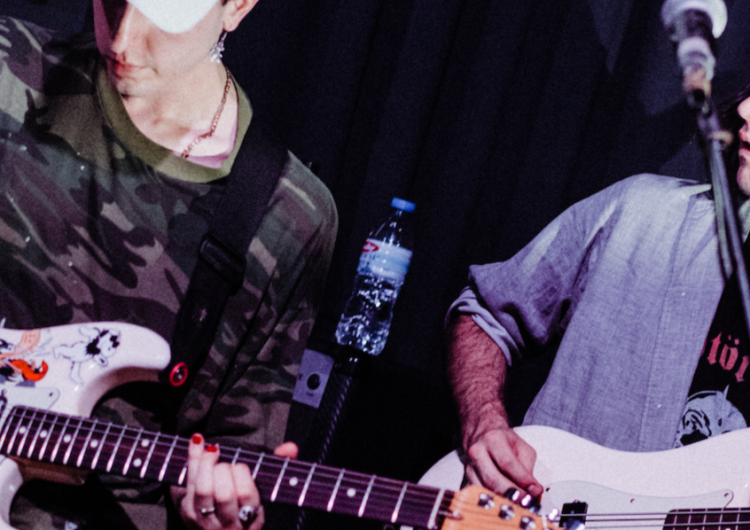 The Brooklyn-based boys of Beach Fossils made their way to Manila last March 14 for their Southeast Asia tour. Following the 2017 release of their latest album, Somersault, the trio took their jangly dream-pop sonic palette to Social House, Makati, where they played alongside local acts We Are Imaginary and Ysanygo.

Put together by local production house Independent Play, the show was made to “give that feeling of watching a gig, beer in hand, and your favorite band at arm’s reach.” True enough, the intimate set-up was ideal for their slow burn of a performance. There were no adrenaline-inducing mosh pits or off-the-chart decibels reverberating off the walls — just a group of artists and its listeners, heavily immersed in their psychedelic haze. In a room of a few dozens, the gig felt pleasantly personal as Dustin Payseur, Jack Doyle Smith, and Tommy Davidson performed hits both old and new such as “Sugar,” “Down The Line,” “Sleep Apnea,” and more.

Formed in 2009, the band currently has three albums and an EP under their belt. With their first time in Manila down, we’re already looking forward to the next time we find the Beach Fossils on our shores.

Relive the night in more photos below.

Disney Is Not Putting A White Guy In Mulan After All

SHAREYesterday, we were up in arms over rumors that Disney’s live-action Mulan adaptation was going...